Trust a muslim with a knife?  They are fanatical about knives, blood and killing.  That’s what ‘halal’ is – just an excuse by the cult of barbaric islam to frenzy in ritual death and torturous suffering. 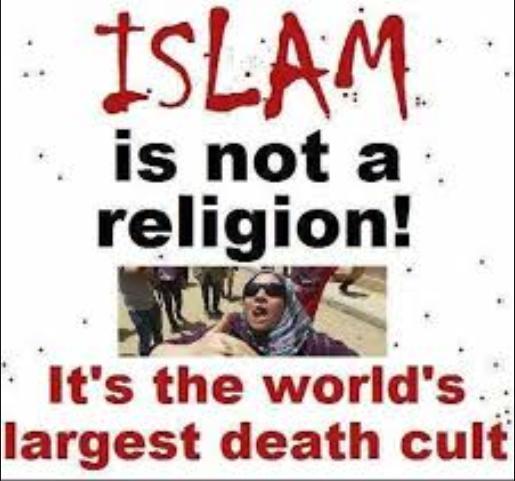 Australian woman Rani Featherston (34) on Doveton, close to Melbourne’s notoriously ethnic crime ghetto Dandenong, was stabbed 21 times in the face and head by a frenzied muslim doing one of Melbourne regular home invasions. 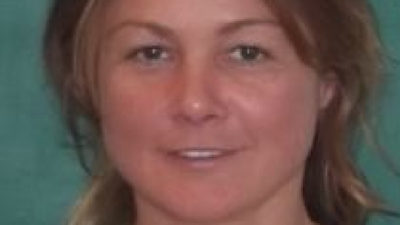 Pakistani import Christian Bain-Singh (24) – his Anglicised name to get jobs – has an obsession with big knives, blood and killing.  That’s why he’s a butcher. 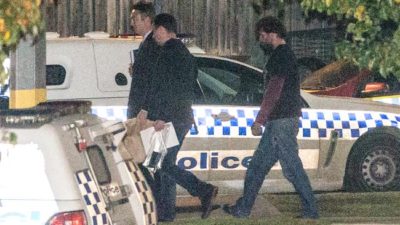 In 2014, the islamic carried one of his halal hunting knives and invaded Ms Featherston‘s home.  When she managed to escape outside for help, Bain-Singh chased her down the street with his big knife for 500 metres into the next suburb of Eumemmerring, before catching up and hacking into her in a frenzied attack.  Da islamic left her to die on the street in a pool of blood.  Just like halal.  He admitted to Ms Featherston’s murder. 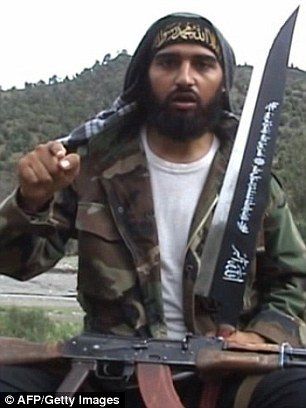 Jihad is Halal of Whites

The Victorian Supreme Court heard that Bain-Singh in his Facebook site at the crime scene then bragged on his smartphone:  “It’s not the size of the dog in the fight. It’s the size of the fight in the dog”.

Christian Bain-Singh is a failed Paki butcher because he’s not interested in the meat cuts, just the killing and all the blood.  Bain-Singh constantly handled knives, even while reading a book.  He’s a wannabe jihadi.  He had worked at Jeff’s Meats butcher in Doveton but stole from his employer and so got the sack. 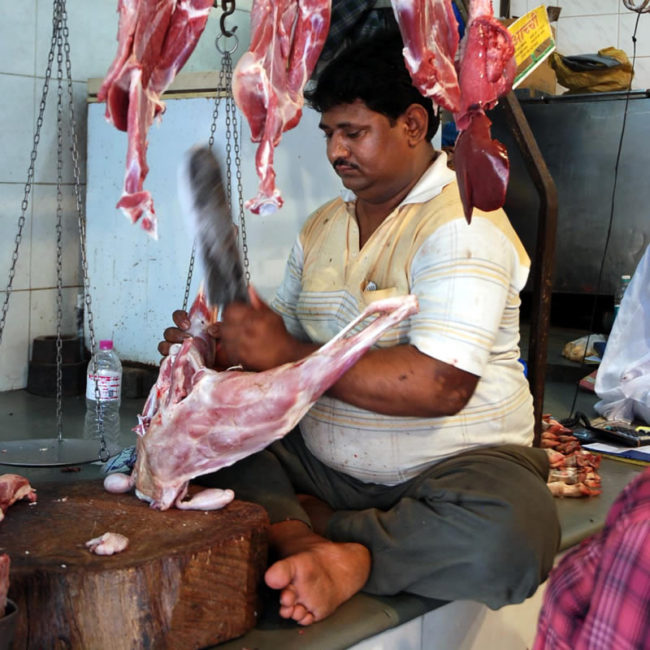 Bain-Singh also did the rounds of the many country abattoirs around Victoria that have been pressured to convert to islamic halal.   Victoria’s halal abattoirs secretly have installed imported livestock throat slitting gear from the Middle East and they each have a ring-in Iman to bless the carotid spurting ritual.

The government says if they do that, they can employ Third World scab labour from islamic countries on 457 visas, instead of local Australians on a decent wage.  Plus they can claim government leftie subsidies.

Luv-a-Duck‘s halal abattoir in Victoria’s western district town of Nhill is a classic example. With a local population of around 2200, the boss John Millington got AMES and Deloitte Access Economics to arrange a scab workforce 200 Karen Muslim illegals from Myanmar (Burma) invade the town on 457 scab visas to produce halal duck meat. 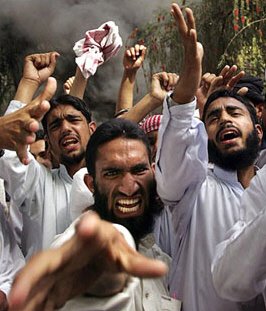 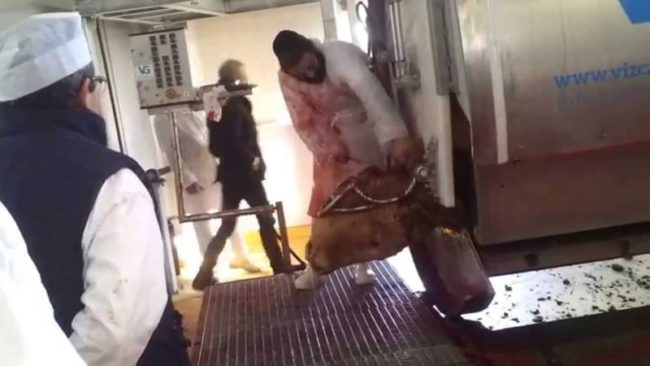 At a country abattoir near you

The violent home invasion and frenzied murder of Rani Featherston came 11 days after Bain-Singh’s unrelated home invasion in another Doveton home, stabbing sleeping home-owner Daniel Maynard.  Bain-Singh was doing the rounds of Doveton community probably on a bridging visa and with no background checks.

“Mr Maynard had awoken and tried to defend himself with his bare hands as you continued stabbing him,” Justice Beale said.  Da islamic admitted to attacking Mr Maynard in his bed while he slept, leaving his left hand “slit down the middle and gaping open” and severe head wounds. Police found a 12-inch knife on Mr Maynard’s pillow.

Bain-Singh’s offences were shocking, but he was remorseful and had good rehabilitation prospects, the ignorant soft-cock judge reckoned.

Outside court, Mr Maynard, who has been left with ongoing physical and mental injuries, told journalists he doubted Bain-Singh was truly sorry. “Remorse is a big word … some people say it but don’t know what it means,” the victim said.

Bain-Singh pleaded guilty to Ms Featherston’s murder, as well as aggravated burglary and intentionally causing serious injury in relation to a separate attack on Daniel Maynard in his Doveton home.

Yet Victorian Supreme Court judge Christopher Beale considers that Rani Featherston‘s life if only worth 22 years without parole for the islamic bloodthirsty murderer Singh.  The shite is a prime candidate for Gitmo with the orange overalls, hood, waterboarding, pork diet, the works – for the term of its evil life.

However, like this example of Islamic Christian Bain-Singh and his hateful stabbing frenzy, most Islamic Terror Attacks are instead going misreported as just another violent crime, and dismissed as being committed by someone with mental health issues. The nationality, immigration status and cult connection is censored. 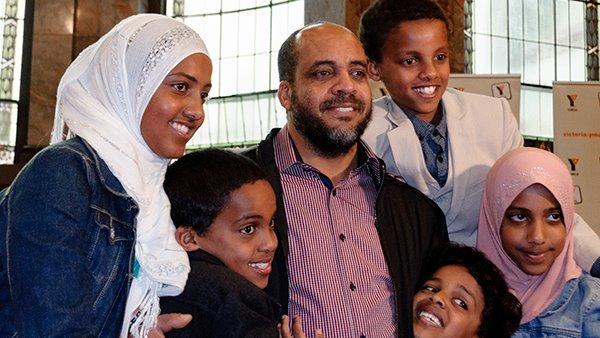 The 2016 Census reckons there are a million of the hateful cult scum in Australia with invasion beachheads in Melbourne, Sydney and Brisbane, and with satellite cells at a country halal abattoir and butcher near you. 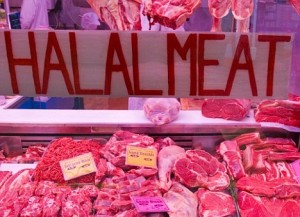 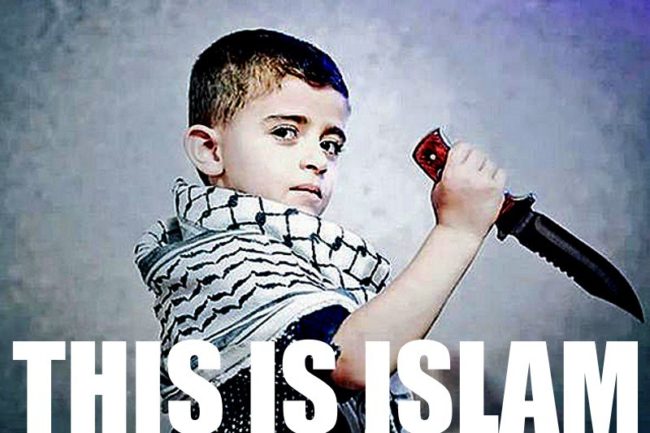 Programme for Clean Up Australia of Islam