Well that sounds very consistent with one of its infiltrators, Monash Arts School by day, Professor Rob Sparrow, and by night @ndy Fleming anarchist troll and puppet master at Slackbastard…http://slackbastard.anarchobase.com/ 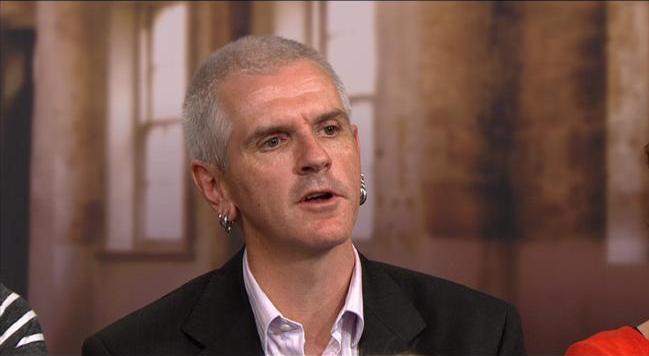 Who contributes to New Matilda:  https://newmatilda.com/tag/slackbastard/

The administrator of the reclaim Australia website has claimed to have found the identity of our old mate @ndy.

I’ve got no idea if this is true, but it looks interesting nevertheless.

“I sent a fake link to slackbastard in the www.greataussiepatriot.com.au web site, it was a fake link that I sent only to him, and I implied that by following the link, he could find some dirt on TGAP. As the administrator of the web site, I can see the IP address of anyone who accesses anything on the web site, their IP address, and what browser they accessed it from and what they accessed. From there, I just had to find out who followed that fake link, as slackbastard was the only person with that fake link, he was the only one who followed it. Hey presto, I have his IP address, his browser and operating system. A traceroute gave me the exact location, down to the mobile tower anyways, whois gave my the owner of the IP, who happened to live 1.5km from the tower, and ABN search gave me the business of the owner, whose web site happens to be hosted by the same company as the mobile connection he accessed the internet from. The owner of the business he runs is a  IT communications business, the voice on the answering machine is identical to the one I’ve heard on radio shows where they talk to the organisers of the counter rallies, I posted this information on his page and he blocked me within seconds, then makes a post ridiculing anyone who thinks his name is Robert. I post this information on the posts of anyone who trolls The Great Aussie Patriot’s page or anyone who trolls a reclaim page and they delete their comments immediately and threaten to sue me. All this tells me, I’ve found what I was looking for.” 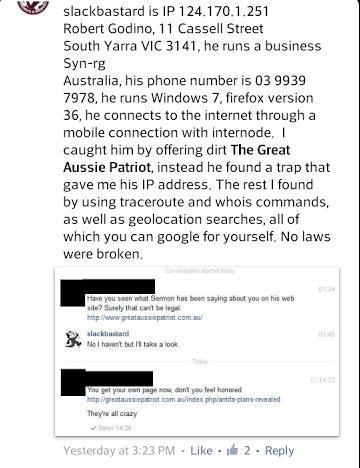 The logo oddly shares the same colours as the anarchists.. 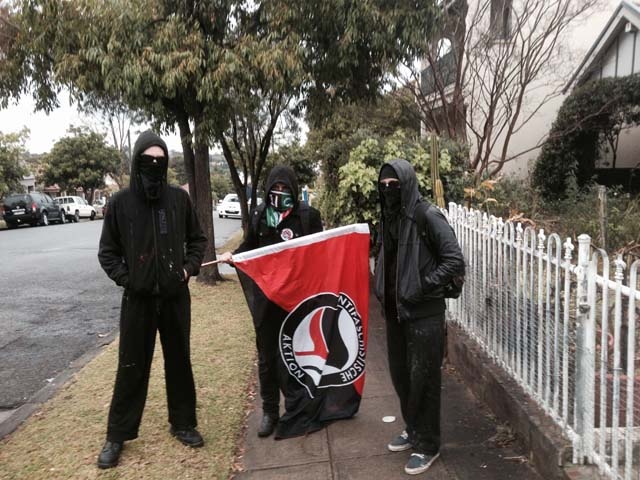