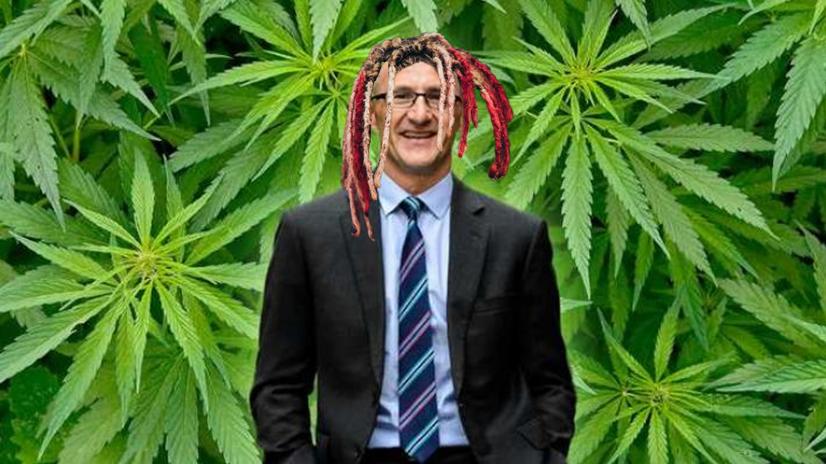 “Piws testing is da go for marijuana, cocaine, heroine, ICE, cyanide.  That’s why I has a speech impediment.”

Bob Brown’s Tassie Greens once were middle class caring tree-huggers.  But under Dr Dope Luigi di Natali, sorry all gonski. No elgangaectricity, no borders, no private property, no say.  But Dr Dope wants cannabis to be legalised, made a staple like bread and milk, sold commercially and distributed by a new government agency, his Australian Cannabis Agency, dubbed da ‘Department of Weed’ – just like in Holland and Colorado.  “Prohibition has failed,” Di Natale said. “So let’s give up and join organised crime gangs.” 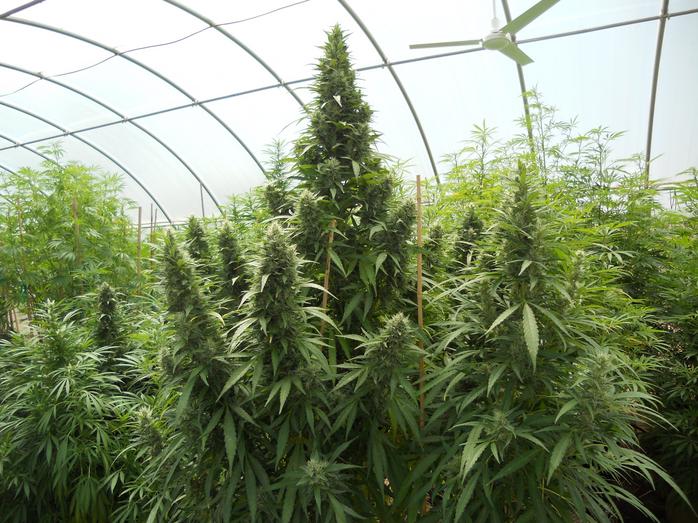 Run by the student co-op

The scheme is for The Greens to run the agency as a monopoly, just like the Griffith Mafia does, being the single wholesaler, growing it, distributing it and retailing.  All sales staff would be required to undertake a “responsible sale of cannabis” course, as well as mental health first aid training. There would be spot checks to ensure compliance.

People could grow up to six plants for personal use.  University campuses like Sydney University and La Trobe could abolish fees and derive serious crop revenue instead. 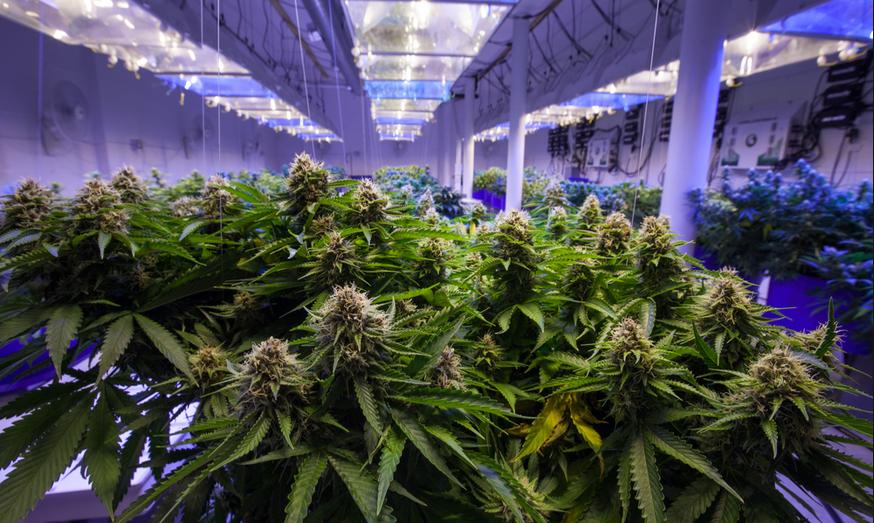 Di Natale said: “The Greens see drug use as a health issue, not a criminal issue. Our plan to create a legal market for cannabis production and sale will reduce the risks, bust the business model of criminal dealers and syndicates and protect young people from unfair criminal prosecutions”.

He said that in a poll last year 55% of Australians said they believed cannabis should be taxed and regulated like alcohol and tobacco. The plan would be expected to raise “hundreds of millions” of dollars for the budget.

Senator Di Natale said it was more harmful to continue banning the use of cannabis, and called on Australia to “get real.”  Nearly 7 million Australians choose to use cannabis,” reckons Dr Dope.  “That choice can land them with a criminal conviction, which can impact their opportunity to get a job. 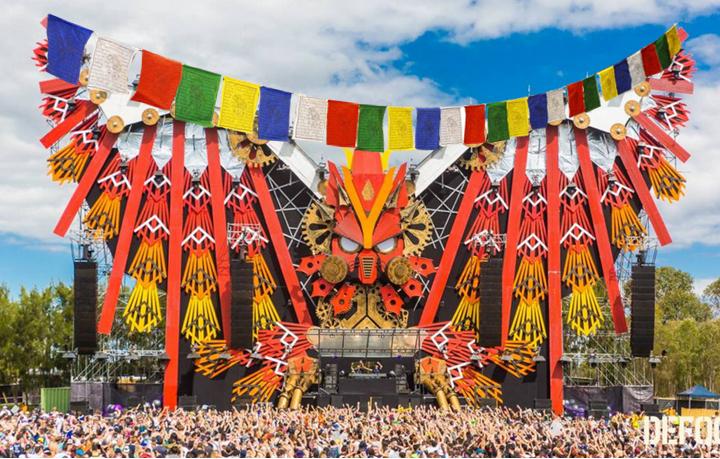 They’re sourcing products of unknown quality and purity, and of course all they’re doing is feeding the mega profits of criminal syndicates and criminal gangs.” 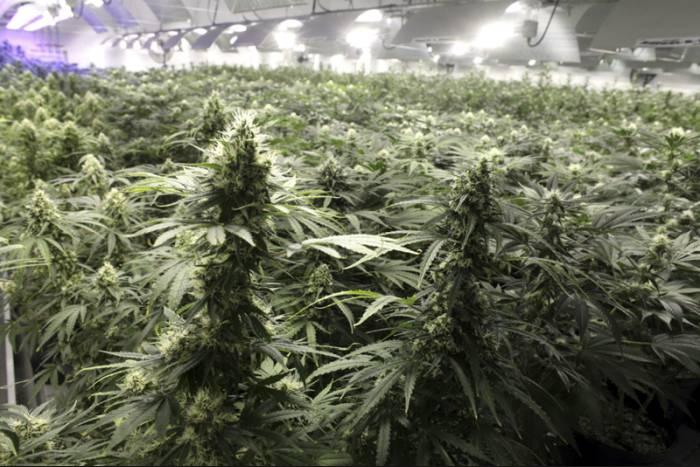 The Greens policy says that in the United States nine states as well as the District of Columbia have moved to legalise cannabis. It says Spain and Uruguay have also legalised it and Canada intends to do so this year; the New Zealand Prime Minister has agreed to a referendum on it.

So it must be ok.

Space cakes are set to take off in school canteens around the country. 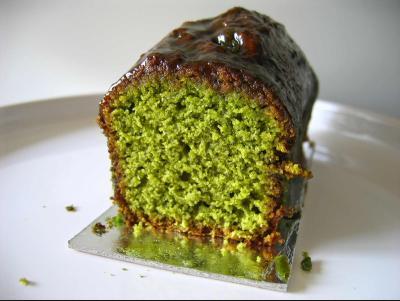 It would set up school students to readily adjust into the leftist culture of Australia’s universities for the unemployable. 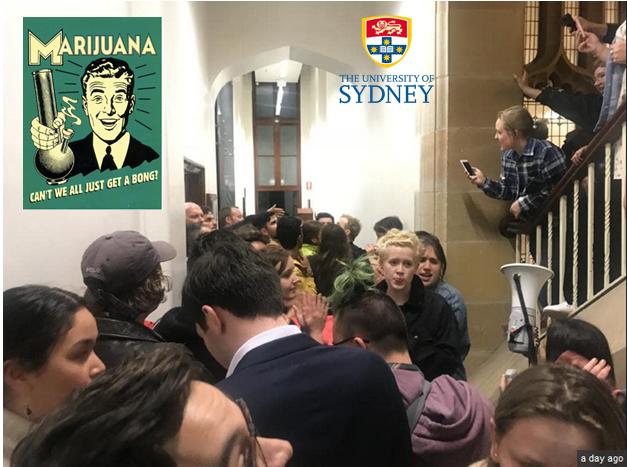 Sydney University anarchy this week, where a graduate qualification sends a signal to potential employers of a disruptive anarchist. 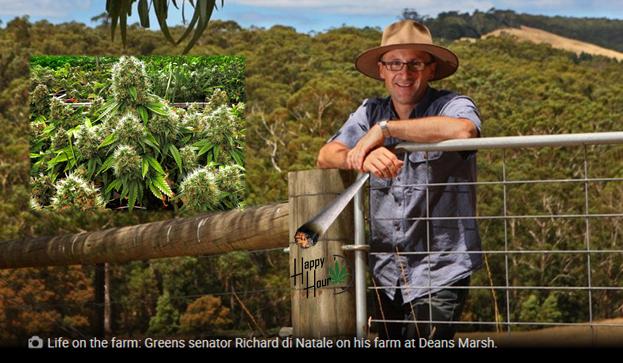