In the wake of the police cover up over Cologne’s Sand Nigger Riot and gang rapes on New Year’s Eve by Arab and African illegals, Germans need to take matters into their own hands.

The leftist media are operating a code of silence over negative news about the black invaders following the wave of New Year’s Eve gang rapes, molestations and robberies by men ‘of north African or Arab appearance’.  Hans-Peter Freidrich, a former interior minister of Germany, has accused the media of imposing a “news blackout” .

It is part of Angela Merkel’s multicultural dogma – “Don’t upset the muzzies”.

But as if social tensions matter.  Dozens of German women have been gang raped in their own town!

These Muslim monsters back in their desert homelands only see women in burqas.  With Merkel letting them inside the civilized city walls, they are raping German women and girls with impunity. 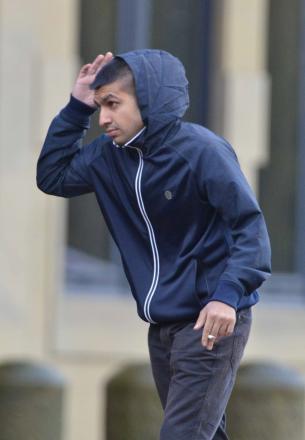 One of the sand nigger rapists, Sufyan Ziarab

Public anger is growing in Germany.  The police were not only slow to act but stood by and did nothing because of government policy of adopting hyper-sensitivity to asylum seeking ethnics and multiculturalism.  German politicians and police have become weak, spineless appeasers.

Here’s a disturbing eyewitness account of the pogrom from a local security guard at an up market hotel situated adjacent to the sand nigger riot near the Cologne Railway Station (Köln Hauptbahnhof).

Cologne’s mayor Henriette Reker (59) (below left) has ridiculously blamed the women for being raped. She has suggested German women “keep men at an arm’s length” from the nasty immigrant black Arab and African rapists.

Reker’s suggested code of conduct for German women in Germany:

“Maintaining an arm’s length distance from strangers,
To stick within your own group,
To ask bystanders for help,
To intervene as a witness, and
To inform the police if you are the victim of such an assault.”

The ridiculousness of this “code of conduct” is exceeded only by the arrogance of saying that girls must “avoid being raped.”  What about all the golliwog pregnancies and the unwanted mongrel bastards?  What’s the code of conduct?

If they are not willing to wear burqas than they are well advised to avoid this event.  The complicit leftist bitch needs to be sacked just like Cologne’s useless police chief Wolfgang Albers (60) (below right).

With fools like this running Cologne, no wonder German women don’t feel safe in their own city

Instead of blaming nonwhites for the mass sexual attacks in Cologne over New Year’s Eve, the far left extremist mayor of Cologne has said that German girls need to follow new rules “to avoid being raped.”

Cologne is not the only German city suffering this sand nigger scourge from the Third World Middle East and North Africa.  Swarms of nonwhite “refugee” invaders have engaged in mass sex attacks in Hamburg and Stuttgart over New Year’s Eve, it has emerged, reinforcing a pattern set by the 1000-strong attack mob in Cologne.

News of the nonwhite sex attacks in Hamburg and Stuttgart have been grudgingly reported by the controlled media after alternative news sources (such as the New Observer) and mass social media coverage forced the lügenpresse (“lying press”) to admit the mass attacks in Cologne, four days after they took place.

The Bild newspaper in Germany—one of the foremost media promoters of the “refugee” invasion of Germany—today admitted that “groups of young foreigners (probably North Africans)” occurred around midnight on the Hans-Albers-Platz and Grosse Freiheit cross street.  The Bild said the attack “was just like the attack at the Cologne central station” and titled their article “Sex-pack go women-hunting in Hamburg”

The Bild said that the “North Africans banded together in groups, harassed young women verbally calling them ‘bitch,’ and shouting ‘Fikki Fikki.’
Then the victims were cornered, robbed, and sexually assaulted, the Bild continued. “The women were sexually assaulted on the breasts and in the groin area.”

According to the article, mobile phones and wallets were stolen. Police confirmed that all the victims were girls aged between 18 and 24 years old. Others avoided the mass attacks by “fleeing in panic to the bouncers outside party clubs and pubs.”

A 17-year-old named Denise told the Bild that “the girls were chased like cattle. I am stunned that such a thing is even possible in Hamburg. I am now afraid to even go into the neighbourhood.”

Other women posted up accounts on social media about how the nonwhite invader “refugees” had grabbed them under their skirts in the street. If they resisted, their arms were grabbed and they were threatened.

The attacks took place in many other streets of Hamburg as well, the Bild concluded.

Meanwhile, from Stuttgart comes a heavily-censored report of violent sexual attacks on women at a New Year’s Eve party in the city.
According to the Unser Tirol newspaper, women were attacked in two separate incidents by “troublemakers with an immigrant background” and “15 Mediterranean men with an Arabic appearance.”

The paper said the situation had “escalated” when the young girls refused the sexual advances made by the nonwhites. Their male partners heavily outnumbered by the “refugees fleeing violence” were then savagely beaten, with one having to be admitted to the hospital with severe lacerations to the face.

According to the paper, bouncers then “accompanied the troublemakers with an immigrant background to the door of the premises,” but they waited outside for the German girls to emerge.

When they did, the unsuspecting whites were “cruelly beaten” by the nonwhite mob. One of the victims was beaten so badly that she suffered a broken nose and several cuts to the face, and had to undergo an emergency surgical procedure at the local hospital. 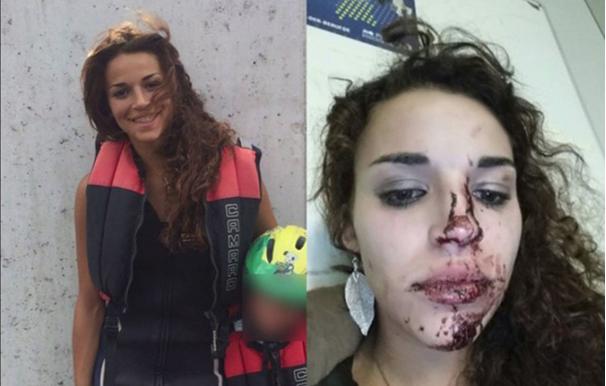 One of the victims of the Stuttgart attack (Photo from Facebook)

“According to the victim’s father, the offenders were men with immigrant backgrounds,” the paper added.

If Germans cannot protect their citizens in their own country, they have no society.

When taken together with the other incidents in Cologne and Hamburg, a clear pattern is emerging: the mass nonwhite invasion has quickly turned into a typical Third World satanic free-for-all.

Is anybody surprised?  Misogynistic retrograde refuse does not all of a sudden become civilized by entering a civilized country!!! brace yourself Europeans, there is a lot more where that came from!

The only language that those primitive tribal creaters and camel traders can possibly understand is ruthless treatment by police force and unconditional enforcement of the already existing laws by courts including instant mass deportations!

Germans need to take matters into their own hands.   There must be a few left over cattle trains from the war that can be requisitioned for mass deportation to civilized Europe’s outer wall at Constantinople. 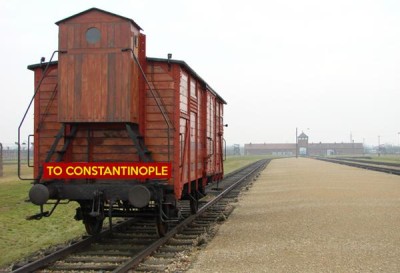 Merkel is an ex-commie youth activist who clearly is willing to sink the ship than rather admit her own mistake – sad and tragic!

The astonishing outburst—sadly, typical for far leftists whose distorted worldview prevents them from identifying the real cause of the problem, namely mass nonwhite immigration and the resultant importation of Third World standards of culture and behavior—came five days after the mass rapes took place.

Henriette Reker, who was elected mayor late in 2015 after standing as an “independent”—but supported by all the establishment political parties, including Angela Merkel’s CDU, the liberal FDP, and the extremist Greens, said that in future, all girls in the city would have to follow a “code of conduct” to make sure that they don’t get raped.

Speaking during an emergency meeting with Chief of Police Wolfgang Albers and Wolfgang Wurm which was supposed to develop a response to the mass nonwhite sex attack on New Year’s Eve, Reker told the Rheinische Post newspaper that it was “important to prevent such incidents from ever happening again. We have heard by now that they [the attacks] have occurred in other cities. This of course is not comforting to us.”

Cologne holds an annual street carnival called “Women’s Carnival Day” in February of each year, and the citizens of Cologne are seriously concerned that further Afro-Arab attacks are going to take place during that week-long festival.

How will the refugee-criminals react to this if they cannot control themselves in front of winter weather-clad women in December?

All the roaming black animals from the barbaric Third World need to be rounded up and deported. If Merkel’s tip-toeing police won’t do it then it’s time for local militias to form their own Sturmabteilung and do the eviction job themselves. 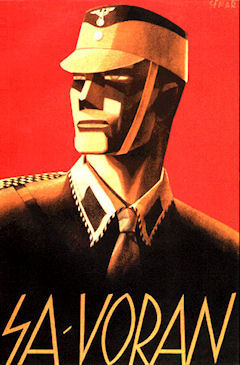