‘You expect the likes of Penny Wong to peddle multiculti pablum in defence of the burqa, identity politics being modern Labor’s stock in trade. But a Liberal attorney-general bringing himself to the brink of photogenic tears in defence of a vile, misogynist garment, that is beyond disgusting. 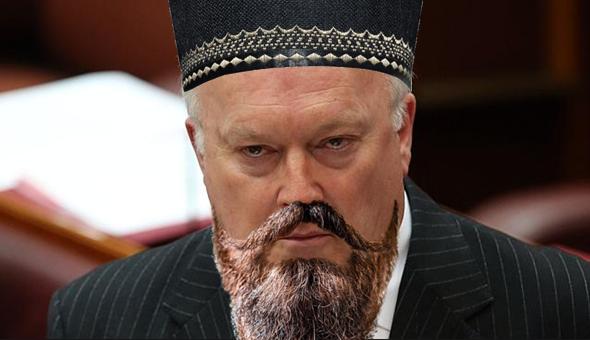 Pauline Hanson walked into the Senate wearing the ultimate Muslim attire for women, the hideous burqa, and silently sat down at her station. With that simple act she made a powerful and profound statement, arguably unequalled in the Senate’s history. She did so in the full knowledge that she would be torn to shreds by fellow senators. She also knew that many colleagues secretly approved but would lack the courage to express that support for fear of being labelled Islamophobic, racists, bigots and making themselves targets for the ABC, social media’s lynch mobs and the pulpiteers of the mainstream press. 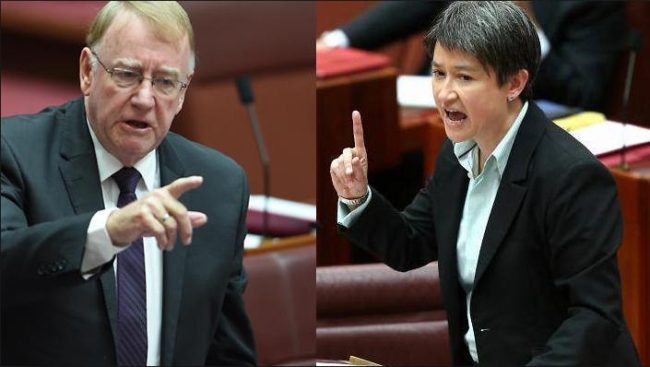 Say whatever you will of Hanson, what she did required the sort of courage few of or politicians possess.

Penny Wong pontificated in her ostentatiously virtuous response about multiculturalism, the need to respect all cultures and the evil of offending others simply because they are “different”. She omitted mentioning the status of women in Islam, where they are treated like men’s chattel, needing permission to do most anything besides domestic chores, forbidden to appear in public unaccompanied by their husbands or male relatives. Let it be noted for the record that Ms Wong calls herself a feminist.

Sure, some Muslim women are able to go out by themselves or in the company of other women because not all Islamic families are strictly fundamentalist, but their menfolk always retain the licence to enforce Islamic rules. Wong also failed to mention that when a Muslim woman is raped, she can be deemed guilty of adultery and condemned to death by stoning unless four respected men of her faith, having witnessed the event, testify in her favour. And never mind, either, about homosexuals being thrown off tall buildings as an act of “kindness” to put an end to their sinning ways in their own spiritual interest. Feminist and gay, one might have expected more from Ms Wong.

And what about Senator George Brandis, our nation’s attorney-general, no less. He vehemently condemned Hanson for the gross disrespect she has shown to “a great religion” by flippantly mocking one of its most recognisable symbols.

Did he ever make a similarly impassioned speech in the Senate (or anywhere else) castigating Islamists terrorists who refuse to stand in court as required?

Those defendants were disrespecting Australian law and culture, which he is tasked to uphold and protect. Or is that brazen disrespect for the rule of law nowhere near as significant as the thought crime of “disrespecting” Islam?

Related utterances of other, less prominent senators and politicians indicated the woeful ignorance they purported to perceive in the opinions of the knuckle-dragging constituents they represent. What, Australians cannot accept the veiling for life of young girls, the arranged first-cousin marriages, the misogyny inherent in covering women in all-enveloping drapery because apsychotic warlord designated them vessels of sin specifically designed by Shaytan to tempt men?

Politically correct journalists, commentators and other opinion merchants endeavoured to better each other in displaying the most outrage over Hanson’s “scandalous stunt”. All did their very best to ignore that the overwhelming majority of callers to talk-back radio programs applauded Hanson’s “stunt”, although even the ABC was eventually compelled to state that “there was mixed reaction to Pauline Hanson wearing a burqa”.
For Coalition supporters — more accurately, former Coalition supporters — it cannot have escaped attention that the performance of Senator Brandis and his much-hailed quivering lip were accorded a standing ovation, not by members of his own team, who mostly sat unmoving, but Greens and Labor. If Prime Minister Turnbull wonders why the polls suggest the Coalition is heading for a thorough thrashing at the next election, that gulf between his party and many of its (former) voters might shed some light.

There is no doubt that ignorance, misconceptions and apathy are so rampant in our society, even among otherwise intelligent and caring people, that various malevolent forces are able to proliferate with little if any hindrance. These gambits are all aimed at the weakening and eventual destruction of our Western, Judeo-Christian culture — a key element of the globalists’ dream of a one-world government.

Just how aware Pauline Hanson is of this grave danger is anyone’s guess, but her courageous act most certainly struck a blow against it.’

Georgie Porgie is the Senate clown, clearly plonked on the wrong side of the chamber to his leftard allegiances opposite.

Frankly, The Senate is a national joke, loaded with wasters in a waste of space, wasting time and taxpayer millions.  With wasters making up Labor senators, Greens senators and fumbling Derryn Hinch repeatedly blocking government legislation and supply, the Senate is indeed “unrepresentative swill” indeed (notorious quote by Treasurer Paul Keating in 1989).

Australians vote every three years for a government to get things done, yet for a senate every six years to stymie the process. The original function of being a house of review has deteriorated to being a house of legislative blocking and pompous grandstanding.

The house-of-review function is the one most eagerly trotted out by senators anxious to attract attention.  Scrutiny has become veto and since Labor lost the 2013 federal election, the elected government has been held to ideological ransom by the Greens-Labor coalition in opposition controlling the Senate.

In 2014, then Palmer United Party senator Jacqui Lambie called on all non-government senators to join her to block all government legislation until it offers a better pay deal to Defence personnel. 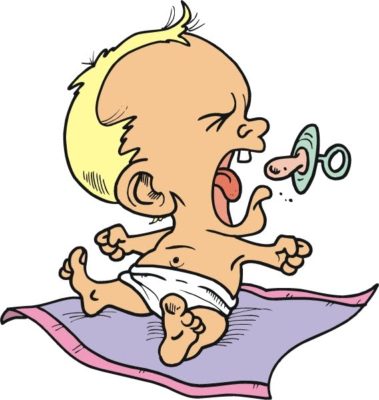 The Senate’s seventy-six time-wasting bastards are costing Australian taxpayers $160 million a year to throw paper aeroplanes.  The Senate is worse than pointless; it is a burden, an overburden.

In June 2016 a poll taken on the Alan Jones’ radio program found that 93% of respondents would support a referendum to get rid of the Senate. Those Australians that do vote for the elected party in the House and the Senate are mightily disappointed (apoplectic is probably more apt) when the Government are not able to get their legislation through the Senate.

In the 76-member Senate, the Coalition won only 30 seats and Labor 26. Of the rest nine are Greens, four One Nation, three the Nick Xenophon Team and four independents — Liberal Democrats, Family First, Jacqui Lambie and Derryn Hinch.  Without the help of independents and minor parties it is impossible for the Government to pass legislation.  But the minor party and independent members have no mandate, no instruction from the electorate, to deny the Government legislation. 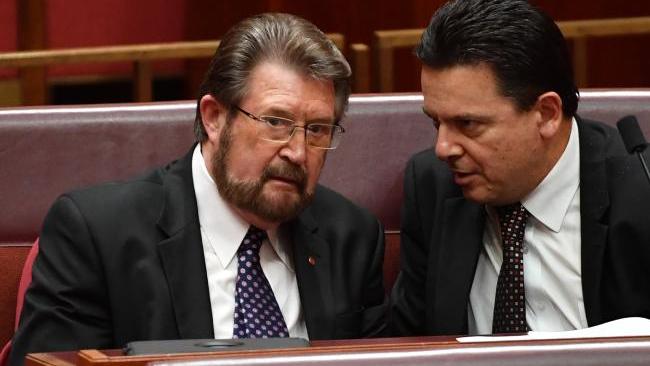 Elected government earns an electoral mandate to deliver on its electoral promises. Yet the long-established tradition allowing an elected government to claim a mandate to implement its policies and promises has been abandoned. Now, if the Senate doesn’t like an idea it gets dumped. Never mind what the people said in the House of Representatives at the election.  The Senate has become the tail which wags the dog. 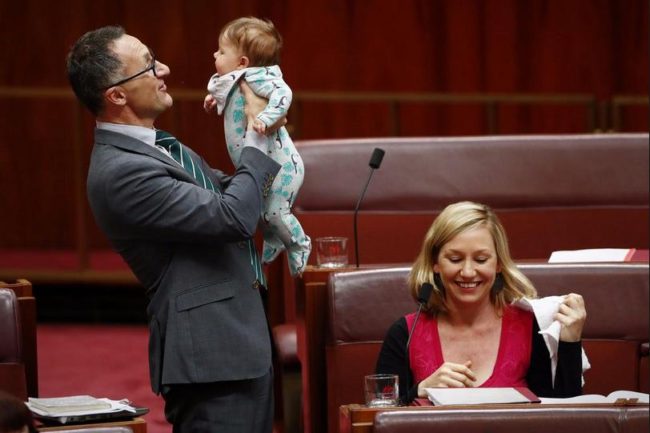 Right now Australia has an acute deficit problem that the Treasurer has warned could see public debt soon top a gargantuan $1 trillion. Abolishing the Senate means not paying the annual salaries of 76 largely useless politicians, plus all the hangers-on who advise them.

The Senate has proved itself both contemptuous and unrepresentative. We shouldn’t tolerate its existence any longer.  The Senate is no longer an effective national House of Review or a chamber representing the rights of individual states.  It has become a liability to Australia’s progress. In recent years the Senate has discredited itself. It has invited due criticism and censure.  The Senate’s red ochre seating colour is an eye sore – the colour of coughing up blood – parliamentary pulmonary embolism!

If the Parliament is failing Australia, then fix it. The best way is to reduce the power of the Senate — or abolish it.

Australia should abolish the Senate.  Queensland’s upper house was abolished in 1922 and the state seems to manage alright.

Australians could well do without lip-quivering Islamic Georgie Porgie to boot. 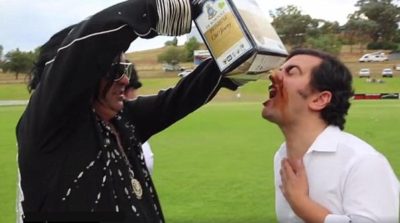