The previous Labor Govermment in New South Wales approved dozens of mining leases underhandedly.  That is why the Independent Commission Against Corruption in Sydney’s Castlereagh Street has been so busy of late.

‘Corruption’, be it of the illegal or immoral persuasion, happens to reoccur as the common denominator in Australian politics, and little different to the more explicit stuff we read about disparagingly of Asian nations to our north.

But it doesn’t matter whether it’s the lousy Labs or the lousy Libs.  They are both of the same ideological ilk, brownnosing to big corporates for cash – mining royalties, tax revenues from commercial development, toll revenue or just plain corporate donations.

As soon as the Libs were swept to power in New South Wales with 87% majority nearly two years ago (March 2011) when everyone was hankering to expel the toxic Labs for corrupt incompetency, incoming Premier Barry O’Farrell renewed 23 fracking gas exploration licences!

As many as 40,000 coal seam gas wells have been collectively approved by the LibLabs across mainly NSW and Queensland in recent years.

Bazza in opposition had promised to protect farmland, water catchments and sensitive environments from coal and gas mining and to listen to the community.

Well one thing is guaranteed with LibLabs, their electoral promises are made to be broken, Howard ‘non-core’ or otherwise.   The Coal Seam Gas industry has been going for it.  Dart Energy, Origin Energy, Maverick Energy, Metgasco, Eastern Star Gas and AGL, Santos, Beach Energy, Drillsearch Energy.  They’re all addicted to the CSG Rush.  They are all big corporates and they’ve headed to the gas fields and they’re going for it.

They all heard about the CSG Boom over in the US Appalachians and midwest since ransacked, drained and poisoned.   They’ve eyed off Queensland’s Surat and Bowen Basins for years and their corporate LibLab state mates have rubber stamped their exploration and drilling leases and they are going gangbusters, sales and shareprices included!

Resources are the new black in Australia when it comes to government revenues, so the mining industry has got LibLabs by the short and curlies.  Just look at Labor’s Martin Fergusson froth when anyone dares criticise Australia’s Resources sector.

Australian farmers have been betrayed by the LibLabs and prime agricultural land and rural communities are being invaded by toxic industrial gasfields.  The fertile river valleys of Queensland’s Darling Downs, the NSW Northern Rivers, the Hunter and Camden are being dug up, rock aquifers cracked, dangerous methane leaking, waters and soils contaminated by fracking chlorine salt and heavy metals copper, cadmium cyanide and zinc.  When the CSG Boom has been and gone and taken their loot, the poisoned landscape left behind shall be fit for no-one. 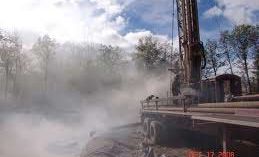 The mayor of the Northern Rivers has rightly likened the CSG Invasion as “the greatest threat to our region since World War Two.”  He’s right, there’ll be nothing left.

The National Party has done squat to support Australian farmers and rural communities against this facist fracking takeover.  The Nationals are basically a spent force, heading into the same oblivion as went the bewildered Democrats. 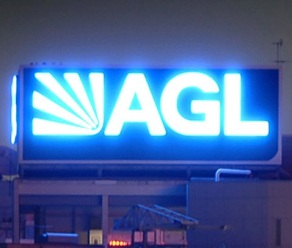 Fracking AGL has its eyes on 66 coal-seam gas wells in south-west Sydney between Campbelltown and Liverpool.  Some are just a few hundred metres away from suburban streets.

AGL has letter dropped community (propaganda) updates to about 10,000 households in the targeted area, covering suburbs such as Currans Hill, Varroville, Kearns, Eschol Park and Denham Court stating: “It is possible that horizontal drilling could take place under houses.”

Imagine getting a note like that in the letterbox?  Do they presume a Soviet Union State or what?

AGL’s fracking plan calls for underground drilling of up to 2.5 kilometres from the surface site, a radius that includes thousands of homes.  When undermining of private property has the backing of government, democracy is trashed and supplanted by a totalitarian state.

Ask the residents of Menangle Park when last August, the Libs Planning Fascist Brad Hazzard allowed AGL to set its CSG gas well just 40 metres from the Nepean River.   Local resident Tania Galway said the drilling was keeping her awake at night, for about a month. 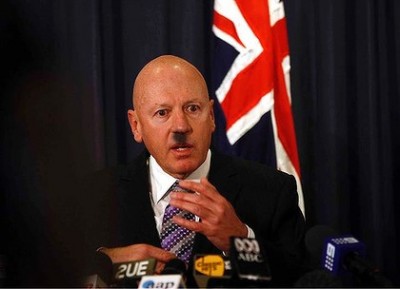 Residents said they were not notified of the drilling in advance.  “They are also very close to the Nepean River and we are concerned that if any runoff from the drilling goes in the river, it flows to Warragamba Dam.”

Previously, the Labs under that dim bitch with the American accent, Christine Keneally, rubber stamped 130 gas wells for AGL in Camden.

Effectively, the LibLabs have approved AGL to undermine Australian homes.  Apart from the known risk of methane leaks of fracking like occurred with Metgasco’s gasfields near Tara in Queensland, Australian property title holders have property rights and democratic rights.

Australians’ fundamental rights continue to be treated with disdain by Liberal and Labor.

Australians have a home sovereign right to resist and protest against these LibLab endorsed corporate Fracking Fascists!