Holiday in Indonesia and expect to be mugged or your drink spiked, or to be shot by firing squad if caught smuggling narcotics. And across Asia, low-cost Asian holidays are cheap for a reason, just like their airlines. Cheap bums on seats flights does not a Regular Public Transport operator maketh.

This was TransAsia Airways second crash in less than a year, yet it is Taiwan’s third-largest carrier.  One of its ATR 72-500 planes crashed while trying to land at Penghu Island last July, killing 48 of the 58 passengers and crew on board. In 2002, a China Airlines 747 on a flight from Taipei to Hong Kong in 2002 crashed killing 225. In 2000, a Singapore Airlines jetliner taking off for Los Angeles during a storm hit construction equipment on the runway, killing dozens.

Yet compare US Airways Flight 1549, an Airbus A320-200, on January 15, 2009 stuck a flock of Canada geese during its initial climb out, lost engine power, and ditched in the Hudson River off midtown Manhattan with no loss of human life.

Miracle on the Hudson?  No, just a damn good ex-U.S. Airforce pilot, supported by quality First World systems and management. 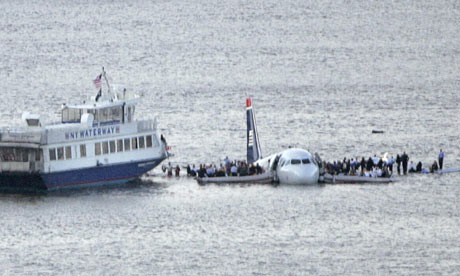 Flown by American Flight Captain Chesley B. “Sully” Sullenberger, a former U.S. fighter pilot, who had logged a total of 19,663 flight hours, 4,765 of which were accumulated in A320 aircraft; also a safety expert and a glider pilot.  First World airline passengers expect no less, so should pay no less.

For those few Australians who can afford a holiday, it’s best to holiday in Australia.