Because writs for the Federal election have been issued today, all processing of all outstanding party logo applications, has ceased at the Australian Electoral Commission.

Today, another organisation – Eureka’s Children – filed an objection to our application. This has been replied to.

The ideological objection of Eureka’s Children which also involves chatter about refugees, gays and oppressed people does not cut it with us.

Even the Premier of Victoria,a man hell-bent on selling the State to foreign interests, is not happy with our application.

The Eureka Flag will continue in struggle as the emblem of Australia First Party on electoral literature in this campaign.

One of the few Fairfax journos still with a job, Matthew Dixon in Ballaarat reports his epitaph today. 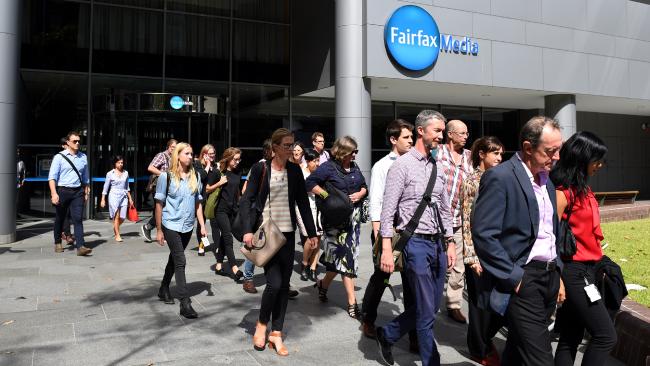 For the historical record we repeat it below as follows (correcting the spelling of Ballaarat):

“RECOGNITION: A eureka flag flown during the 160th anniversary celebrations held at the Museum of Australian Democracy.

THE Australia First Party will not be able to use the eureka flag as its logo on ballot papers in the upcoming election.

With writs for the federal election set to be issued today, the application will miss out on being eligible for use on ballot papers as it has not been advertised for the full 30-day period required by law.

However, the application will be considered again in 100 days time, well after voters head to the ballot box.

The use of the flag as a logo for the far right-wing party has been met with anger from many in the Ballaarat community who have debated the merits of protection surrounding its use.

Ripon MP Louise Staley agrees that the flag should not be officially linked to any kind of political party.

Ms Staley recently spoke in the Victorian parliament about the importance of the flag and its future protection.

“My view is that people have used the Eureka Flag and it has been used by many political groups over many years and its meaning remains contested however it has never been registered to a political party,” she said.

“Its meaning can be debated, in a democratic society that is how it should be, but it shouldn’t be tied to any specific political party. One thing that has never been disputed is that it belongs to the Goldfields of Victoria and no Sydney based political party should get to claim it.”

City of Ballaarat councillor Vicki Coltman said council were still considering options around having the flag registered so it could not be used officially by political parties as their logo.

“To have a group that is anti-multiculturalism and the things we believe in Ballaarat applying to use the flag, I find that offensive.”

The application also drew the attention of  Victorian Premier Daniel Andrews who previously said some of the uses for the flag today were not appropriate.

“The Eureka flag is a flag of freedom and democracy and a flag of sacrifice really when you think about those who stood in defence of freedom,” he said.

“What the flag has never been for is the hate, bigotry, intolerance and lack of respect that it has been misused for in recent times.”

The application will come alive again in August.