Yesterday, Australia First Party president Dr Jim Saleam’s nomination as a candidate for the seat of Cootamundra was formally approved by the AEC Returning Office in Cowra. 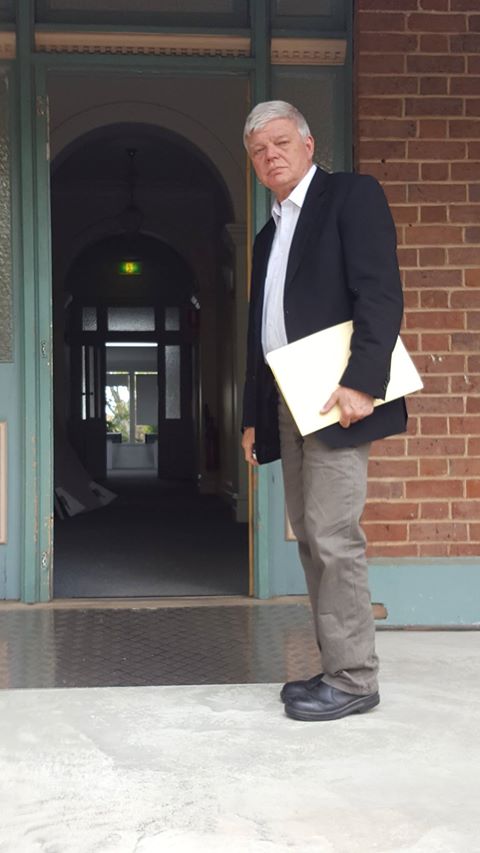 It was a tight squeeze there for Jim and his team, after collecting the fifteen signatures required.

When he filed with the officer, he was informed that the Australian Electoral Commission was loath to approve his nomination due to some technicality regarding the verification of the signatories, since the rolls did not close until six ’o’ clock that evening.

So time was of the essence, as pressing demands for the campaign required Jim to return to Sydney post-haste. The helpful officer advised the independent candidate that the best course of action was to acquire more signatures and thus gain a 99% assurance of his nomination.

Jim and his team went for a stroll through Cowra up Redfern Street.  Within 15 minutes of canvassing the electorate, the very first residents he approached listened to what Jim had to say and then eagerly signed.  One even asked if Jim “…is like Pauline Hanson.”

Jim cheerfully responded, “I am much better.”

Thereafter, the very next two citizens he approached — proud gun owners — lent their signatures to Jim’s candidacy, citing contempt for the standing parties, and expressing dissatisfaction with the direction taken by the Shooters & Fishers Party. They were naturally impressed with Jim’s position on gun ownership.

Real Australia remains in The Regions

The NSW electoral district of Cootamundra takes in the following NSW Riverina towns and their shires, alphabetically:

The region is renowned for being the food bowl of Australia with a rich pastoral history built by generations of true blue Australians.

“Law-abiding licensed firearms owners within New South Wales are governed by some of the most restrictive firearms laws in the world.  A number of these are ineffective in reducing gun crime and do nothing to ensure public safety; these unnecessary laws and policy only serve to further restrict those that are already abiding by the law and SSAA NSW is working to have a common sense, facts based approach to firearms regulation.

In addition, SSAA NSW believes that greater focus and resources need to be allocated to addressing the issue of illegal firearms, gun crime and the criminals involved in these activities; tougher penalties should be imposed on those criminals that do not abide by the law.”

This demonstrates to us that the good people of Cowra want to vote Nationalist and strong support exists in the country for Nationalist policies.

But it was not only White people who gave Jim their backing — non-traditional Nationalist voters also added their names voicing their agreement over other areas of social policy that Jim is canvassing on. 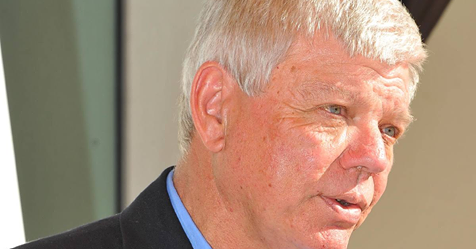 Nationals defensive about Nationalists on their turf

A self-described nationalist, Jim Saleam was verbally attacked by the Deputy Premier in parliament last week.  Dr Saleam thinks the Nationals need to take a good look at themselves before going after opponents.

The Nationals are all about self-interest.  They have used and abused the loyal voters of regional Australia for too long.

Nationals mid-term dummy spitter Katrina Hodgkinson on her way out the door tweeted “Zig Heil?” to the Shooters Fishers and Farmers Party candidate for Cootamundra.   Leader Robert Borsak MLC , whose father escaped the Nazi concentration camp at Buchenwald, called on Hodgkinson to apologise and for Deputy Premier John Barilaro and Premier Gladys Berejiklian to denounce the comment.

Hodgkinson has not apologised. 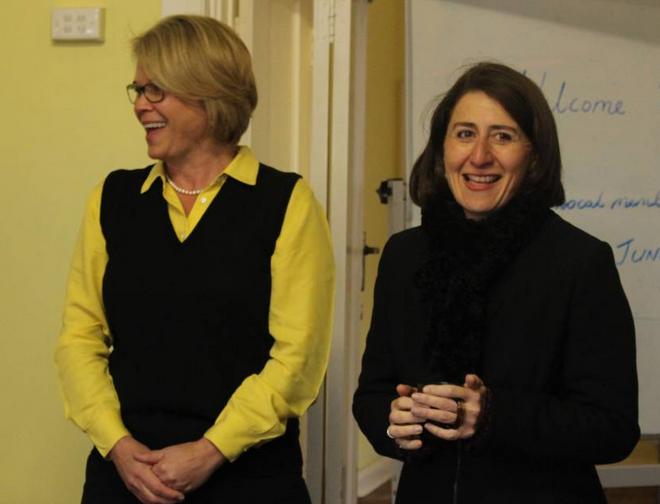 Jim Saleam: “ Nationals Deputy Premier has said that I’m not fit to be in parliament.  Well if that’s the case… he should look more closely at some of his ex-colleagues.  He called me a racist, a bigot, an extremist; that’s up to him, because I actually deal with issues that I think a lot of Aussies understand.” 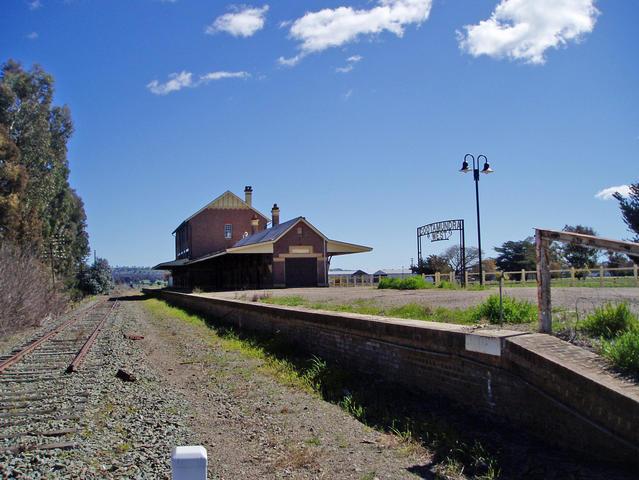 Among the hot topics in the Cootamundra campaign were the forced council mergers and mooted changes to policing, regional trades skilling of young Australians not as employees but as independent small business owners who can employ locals and keep towns and their communities from dying.  University education is not a panacea for the problems facing rural communities.

Dr Saleam:  “Council amalgamations and the decline of a lot of Australian towns are caused, quite deliberately, by policy.”

At a federal level, Cowra should have remained logically within the Seat of Hume, not added to the periphery of the Seat of Riverina.

Nationalist Policies for The Regions

Listening to the locals is a must.

Ending imposed mass immigration is a priority policy – starting with Muslims, Chinese and those who don’t speak English. The big threat facing the Riverina region is Chinese Imperialism and their corrupt National Party connections.

Dr Saleam:  “When the state sold a lot of our public assets to Chinese capitalists this money was supposed to produce an infrastructure bonanza, but that was never the intention, they’re spending this money largely in Sydney and it’s designed to facilitate global growth corridors.  They’re pushing for the development of eight large cities of 400,000 people – most of whom are not in Australia yet. We believe this is colonisation.”

And there are bigger issues at hand for Dr Saleam – imposed mass immigration, more police resources in the region and mandatory sentencing to curb the ICE crime epidemic, unaffordable energy despite Australia being rich in coal and gas resources, the demise of Australian manufacturing by anti-Australian policy, Australia’s sovereignty being compromised by foreign ownership,  leftist agendas like climate alarmism undermining Australian opportunities, multiculturalism undermining Australian values and the family unit, and the erosion of democracy and free speech in this country.

Dr Saleam also criticised increasing numbers of Syrian refugees in Australia, saying the Syrian civil war is all but over and so Syrians should return home to rebuild their homeland. “Syrian President Bashar al-Assad invites them back”, Dr Saleam said. 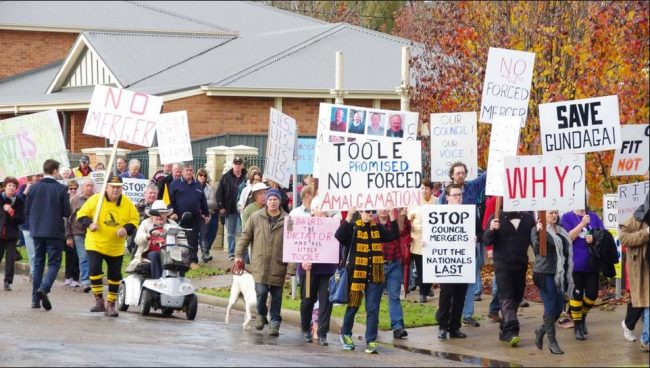 While the Shooters, Fishers and Farmers Party were tipped to lead the protest vote on October 14, Dr Saleam believes they were too close to the government.

“The election is likely to boil down to a choice between an establishment candidate and a group which on the surface is non-establishment,” he said.   “But when you look at the voting record of the Shooters, Fishers and Farmers… they’re satellites of (the government). It’s also possible people will register more than a protest vote but a concern vote about issues we raise in this campaign… the main aim is to put particular issues before the public.”