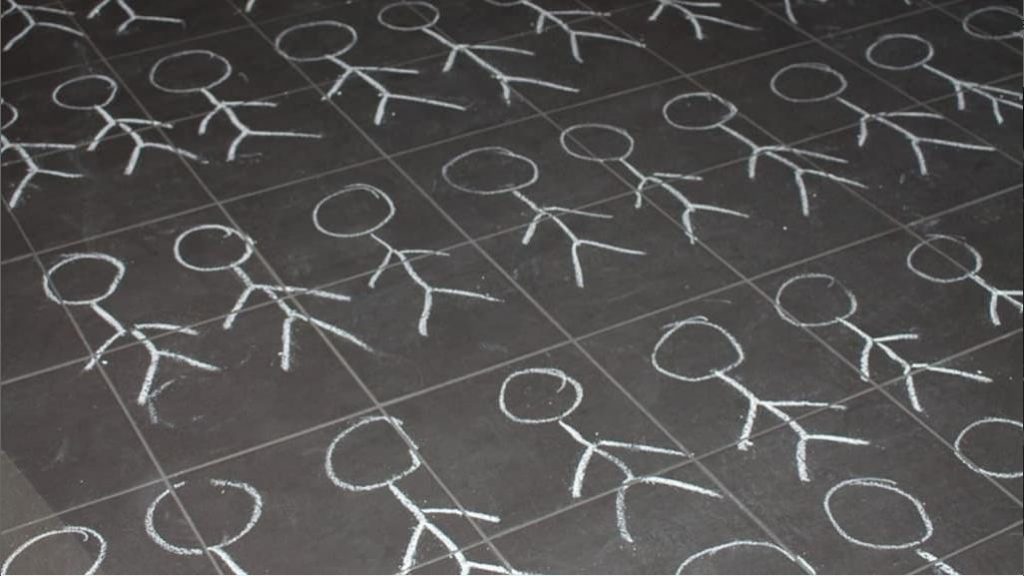 Detailed stats disturbingly reveal that ex-servicemen are 14% more likely to take their own lives than men in the general Australian population.  In particular, discharged Diggers under 24 are twice as likely to die by suicide as non Diggers.  It makes Australia’s Defence Force really a ‘Suicide Force‘.

A “Digger” is anyone serving or who has served Australia.  Bugger Defence pigeon holing you as either ‘training’, ‘reserve’, ‘serving’, ‘active’, ‘seen action’, ‘discharged’ or ‘veteran’.  Once you sign up to serve your country, male or female, you’re a Digger for life, irrespective of what stage of your military service career that you’re at or your later civvy life. 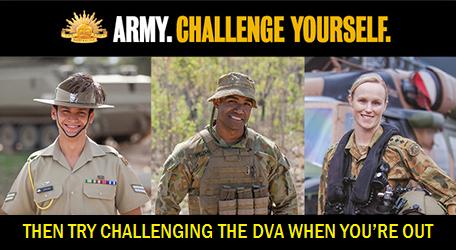 Those going in take a different door to those leaving

Front line troops, after years of left-right-left institutionalisation, it’s down to good luck finding a job in civvy street   That is unless you’re a chosen brass knob for life corrupted by politics, an HQ pogue, else got a trade and have no combat injuries or active service memory.

But as a front line soldier one week you could have taken out a rag head in the Helmand badlands and another week will be back in Oz, discharged and before you know it, in Centrelink being asked about your workplace experience.

Once you’re out, you’re no more use – hand in ya kit and you’re on your own on civvy street’s front line. Suddenly you’re demoted to Centrelink status, more forms, queues, and waiting.  Thanks for your service. Thanks for coming. 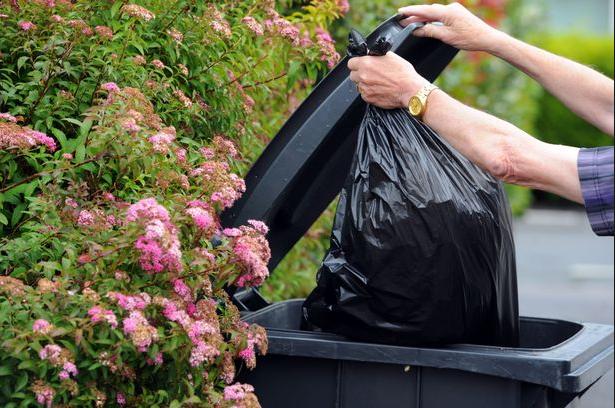 You can always soak your sorrows at the local kitsch RSL, gamble your savings on their pokies, play Keno and Bingo mixing it with da codgers, tuck into the Chinese MSG rat tucker and otherwise slowly descend into alcoholism.  The RSL will look after ya, but not before helping themselves to ya pension. Just ask Don Rowe corrupt RSL President from Armidale.

Wait for once a year ANZAC Day glory – another pre-dawn dodgy Last Post, parade while watching for ISIS truckies, splurge pension tuppence on two-up, and get para.

So happy ANZAC Day, Defence!   The remaining 364 days of the year, Diggers are invisible to pollies and their media minders.

There’s a brick-sized box hole reserved for ya ashes in the local cemetery.  So encourage ya kids to following in ya footsteps into poverty, depression and an early grave.  Tell ’em to join up and meet a whole bunch of diversity – trannies, sissies, foreigners, the enemy within and those there to jack on you if you question the crap. 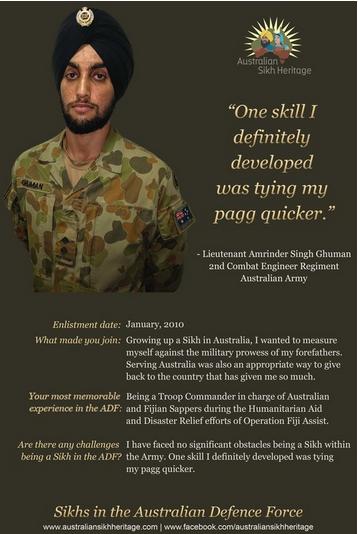 Apparently, Defence recognises the need for psychological care for those serving, but once you sign the discharge sheet you’re no longer serving personnel or Defence responsibility.  It’s called ‘desertion’ when the boot is on the other foot.

No, you’re instantly morphed into being a ‘client’ of the Department of Veterans Affairs – if they deem you to be eligible that is.  Welcome to the first first round of torturous hoops designed to ware you down – getting a DVA Healthcare Card.

And if you reckon you’re injured or sick, more hoops.

As for any form of mental health treatment?  Good luck.  DVA (Deny Veterans Attention) requires Diggers to prove PTSD on the presumption that Defence discharged you with a clean bill of health and you signed the sheet confirming – else they wouldn’t release you!

Compensation claims?  No chance.  Read upon on the Veterans’ Entitlements Act 1986 (VEA) and the Military Rehabilitation and Compensation Act 2004 (MRCA).

In 2017, there were 84 less Diggers on DVA’s books.  The poor buggers who sacrificed get shunted away so that Canberra has more Australian taxpayer funds to spend on things they consider more important – like polly guilt junkets off to Villers-Bretonneux to speak about..sacrifice? 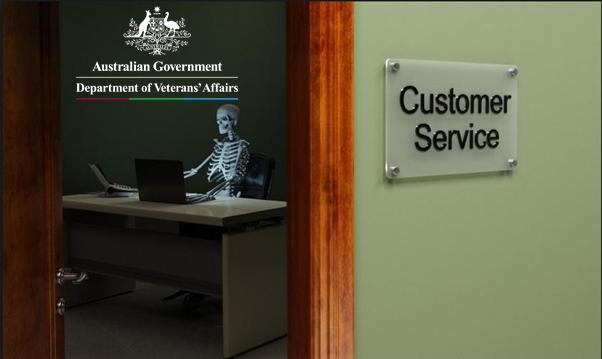 DVA:  “We’ll assess your claim before we reject it.”

DVA claims processes are paper based and else on archaic multi-computer systems.  The staff are contemptible.  DVA’s motto is “Too Little Too Late Too Bad.”

How long do you think the victims of the Navy’s 1964 Melbourne-Voyager military disaster had to wait to be eligible to be considered victims, let alone get compensated, let alone properly compensated?

A 1965 High Court ruling prevented armed-forces personnel from suing the government for compensation.  It was overturned in 1982, but subsequent 214 claims by victims and dependents were resisted by Canberra asserting the claims were fabricated.  By May 2008, 35 cases were still ongoing.  One sailor only received $72,000 from a $412,000 settlement.

What about the Blackhawk military training disaster of 2006 killing 18 Diggers.  Twelve years on, the families of those killed and injured in the Black Hawk helicopter disaster are still unhappy with the grossly inadequate compensation they have been offered or given.

Many veterans continue to find dealing with the DVA a highly stressful and protracted experience.  A Senate inquiry in 2016 was flooded with more than 260 submissions from veterans and health specialists, many detailing agonising and lengthy battles to have problems recognised by the Department of Veterans Affairs.

Many said that despite physical or psychological injuries they had to deal with masses of dense paperwork, long delays and ¬repeated requests for information they’d already provided only to have their claims ultimately rejected on what appeared to be spurious grounds by unqualified staff.

Former army medical officer Stephen Scally in 2016 wrote that it was apparent the suicide rate of veterans was about six times higher than the loss of life in ADF operations since the East Timor mission.

“It is shameful that it has taken some 240 post-service deaths and an epidemic of veteran morbidity for this investigation to occur,” Dr Scally said. “I contend that the treatment of veterans by post-service ‘support’ organisations such as DVA inflict great harm arising from their flawed and ¬oppositional legislation and their inefficient, convoluted and unsympathetic processes. “It is ironic that an organisation that is tasked with the support of veterans is indeed achieving the complete opposite result.”

Last year Digger Jesse Bird (32) took his own life, just weeks after losing a claim for permanent impairment he had been pursuing for almost two years. 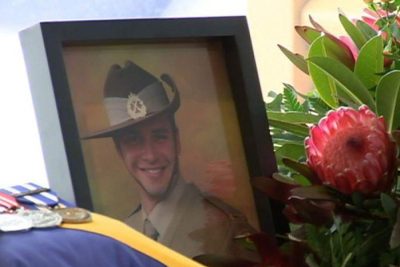 In Australia, there are around 6000 homeless veterans, or 1 in 20 of Australia’s homeless which currently totals 116,000.

In 2009, when the last national Homeless Veterans Survey was conducted, there were 3,000 veterans without a home. 10% of Australia’s homeless are returned veterans.  Around 30 % of 5500 leaving the Army every year will end up being unemployed for a long period of time.

Field experts say mental illness, including post-traumatic stress disorder, is impacting veterans and contributing to a loss of jobs, homes, and families.  But try telling DVA that.

There’s always Lifeline, Julia at Beyond Blue or the Salvos.

It is an indictment on Canberra Defence, whatever department and legislation they want to hide behind, that there are now more than 500 registered veteran-specific charities across Australia and another 3000 charities that include veterans among their beneficiaries.

Read ‘Resurrected – A Story of Hope’

by Digger Andrew Cullen and his wife Zoe

For those suffering from PTSD and the loss of identity that comes with it. For those who want to overcome the life sentence of mental illness and have the courage to step out on the journey of coming to terms with finding their new identity. This story is a raw account of Andy, a man whose love of adventure and loyalty to his country leaves him broken and of Zoe, his beloved wife and, their journey through the dark times, the hurt, the fears and the challenges that are very real for a couple and a family dealing with the trauma of modern warfare and the continued battle that rages on at home. 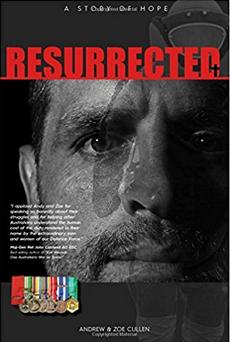 One Death is One Too Many

Another digger died today but not from foreign fire
He wasn’t even overseas, forced into ‘Med’ retire
Had demons that had haunted him since time served overseas
His thought his only option was to at last be at ease.

He wasn’t the first victim of this fight with mental health
They’re hiding within shadows, think it hurts less when in stealth
Scared to put a hand up and to admit that they’re in pain
They’re fighting inner turmoil, the relentless sting of shame.

Who are these wounded hero’s left behind by government
Who in service of their nation are broken, tired and spent
The endless reams of paperwork to get them what they need
A little help to stop the rot, to stem the life of bleed.

The pollies talk the talk about making injustice right
Yet each and every week another veteran loses fight
Sure there are some agencies that will try to help them all
But nothing out there exists to stop some of them to fall.

“We need more proof from doctors as we cannot take your word
See mental health is sketchy and the lines are often blurred”
As for all your injuries, well you walked in here ok
Tell me why you can’t function like the rest of us each day”

These words they sting like bullets that have torn their flesh apart
To fight for compensation is too much for heavy heart
It’s more of these dumb questions, more forms that they can’t escape
Meanwhile our ill and injured are being smothered by red tape.

It’s time to fix the system and to simplify the game
Time to stop suicide rate that’s become our nations shame
Time to deliver services our veterans deserve
To stop the pain and suffering and precious life preserve.

If you know a veteran who’s walking the darkness path
Who’s suffering from living past his served time aftermath
Be sure to make the offer of a steadfast helping hand
For they’re the ones who forge this place into the promised land. 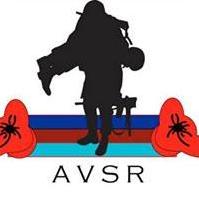