Around this time every year, the Leftist propaganda spews out ‘Refugee Week‘ pounding Australians with crap like “the positive contributions made by refugees to Australian society“…”Refugee Week is a unique opportunity for the wider Australian community to experience and celebrate the rich diversity of our country.” 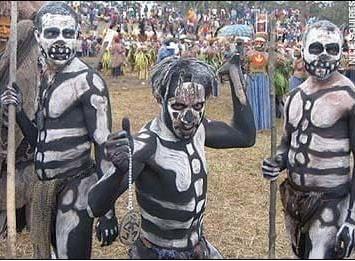 Any diversity, so long as it’s Third World and ‘LGBTTQQFAGPBDSM+‘.  Can you imagine walking in on a group doing LGBTTQQFAGPBDSM+ and going for it?   As long as there’s no more Proud Decent Australians, they insist, their diversity nemeses! 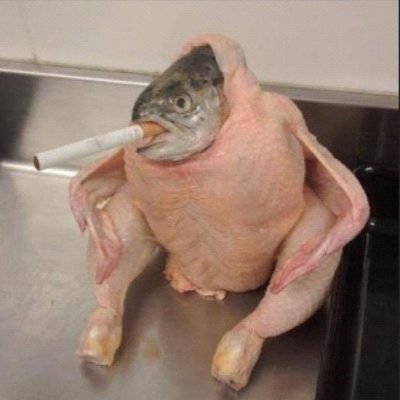 Multiculturalism is respect for and celebration of diversity of culture, so long as it excludes proud decent Australians.

There is of course no mention of the Islamic barbaric baggage they invite (jihad, domestic violence, Quran hate preaching, beheadings, FGM, burqas, halal), the marauding gangs, the gang rapes, and the Third World diseases they bring.

There is of course no mention of the Left’s totalitarian stance on imposed mass immigration and imposed multiculturalism denying Ordinary Australians a democratic voice.

“We’ve boundless plains to share.” they spruik; conveniently ignoring the fact that most of Australia is desert, our farms are being sold off to foreigners and our cities are overcrowded by migrants.

Third World aliens are alien in culture and impose a massive annual billions cost burden on the Australian economy.  In 2014-15, the Australian Government spent $2.963 billion on refugees in detention and in the Australian community, plus many more billions on border protection, consequential crime and policing.  This taxpayer-funded wealth was lost to Australians and to the detriment of tens of thousands of Ordinary Australians going without and struggling.  They are face hugging aliens leeching us dry.

Imposed Refugee Week apparently kicks off today at various places around Australian by Refugee Advocates shouting for removal of Australia’s borders and the flood of the Third World to our shores. Let’s hope the current East Coast Low floods their treacherous parades.

The throat-thrusting theory goes back to 1986 when the United Nations Agenda 21 conjured up World Refugee Day on 20 June, because that day hadn’t yet been allocated for propaganda on its annual calendar.  Well now the thing has spewed out to being an entire week, ‘Refugee Week’ from 19 June to 25 June.

The Greenies are all marching.  The stolen rainbow flags are all waving. The muzzies are offering up $2 hugs. The knitting nannas are hard at it. 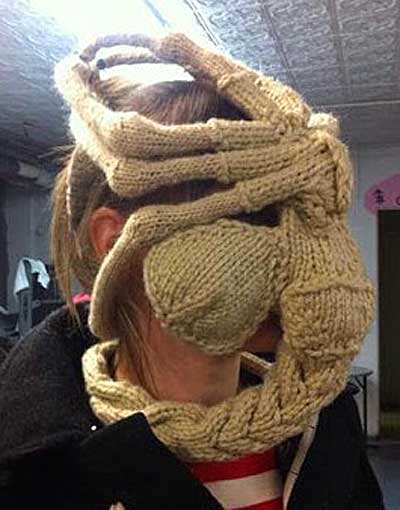 In Bendigo last Wednesday, a haven for the non-white diversity cult, a local ratepayer peacefully held an anti-Diversity protest placard at the council meeting being dominated and intimidated by Leftists.  The White Heterosexual Christian Male (49) lasted seconds.  Bendigo Council took instant offence and summoned security straight away and the White protestor was evicted forthwith. 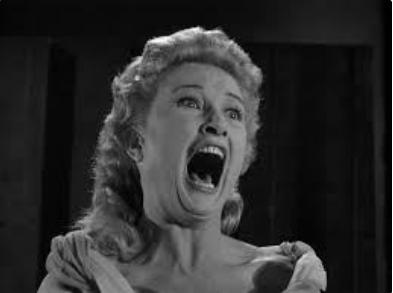 However, the local ratepayer resisted, telling the guard in front of horrified members of the public, “No, I’ll not just go. I’m a ratepayer of Bendigo!”  But he was forcibly evicted out the door

“We’re awake up to your agenda!” the man called back to the council.

Bendigo development planner Prue Mansfield (a card-carrying Greenie) claims his sign triggered deep sympathies in her for Holocaust victims (Ed: but never the 20 million Holodomor victims of Jewish Communists).  Poor old Prue had to be treated by the tea-lady after witnessing the message and she had to leave earlier than usual. 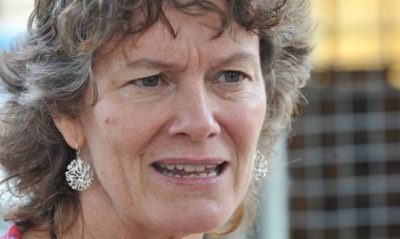 Others weren’t so lucky. Darryl Cuck (68), after failing to cover his eyes in time, is said to be “examining every area of his life.”   He is now being badly looked after by his 29-year-old African caregiver and her family of 17, which he supports under threat of being hacked up with a machete.

Readers are warned!   This is the actual sign! May be harmful to anti-Whites and cuckolds 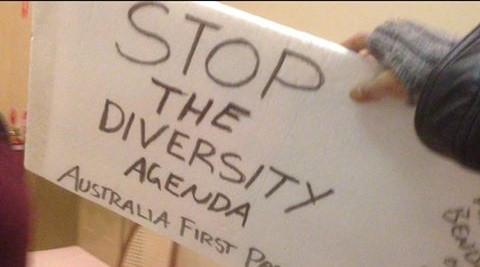 The sign attack comes at a delicate time. Fears were raised to a ‘Code-Rainbow‘ level at the council, following the high court’s approval for the building of as many mosques as the proceeds of Middle Eastern crime can fund.   Council has previously backed the mosque and expressed its desire for hundreds more, which drew protests from far right-wing groups who follow Hitler, and collect human lampshades.

Security was warned to prepare for dissident ratepayers being influenced by White supremacist groups on social media. They are cashing in on xenophobic sentiment following the Orlando attacks in Florida where a Moslem killed heaps of homos.

“Remember, if you’re not being slandered in the mainstream media, you’re not doing enough for your country.”

Here’s a placard that would have the entire Bendigo Council collapse into a catatonic stupor en mass. 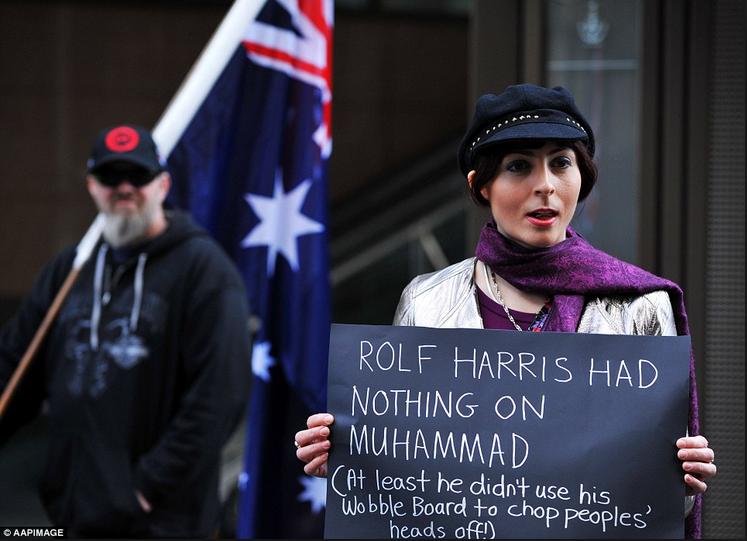 Bendigo Council has come out expressing a zero-tolerance policy for signs which read anything other than “GIVE MY HOME TO A REFUGEE AND SHOOT ME IN THE BRAIN BECAUSE I WAS BORN WHITE.”

While the guard is being hailed a hero, the sign-terrorist, believed to be a member of the baby-sacrificing Australia First Party, is described as an angry White man displaced by job-market changes. He is also reacting to feminism, which has undermined his White male privilege.

The sign’s whereabouts are unknown. 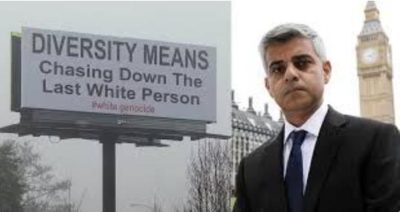 Australia is following Britain, where Sadiq Khan (a Pakistani Muslim) has become Mayor of London

Refugee Week is organised and sponsored by:

This article with thanks to https://unitednationalistsaustralia.wordpress.com/