Foreign Islamic extremist, Mahmoud Eid, aged 26 who attacked police in the 2012 Sydney Muslim Riots, has been sentenced to gaol.

Eid is has now become a criminal, convicted in Australia of indictable offences – serious public violence and assaulting police.  He has no respect for Australian society or our laws. He needs to be auto-deported. 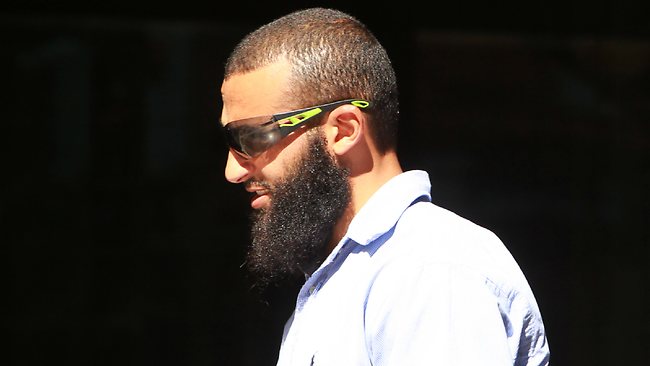 Problem is Australia’s separate state and federal laws are weak and the judiciary are Leftist pushovers.  Magistrate Gail Madgwick has given him a slap on the wrist.

The only way to properly deal with foreign criminals is to nationalise Australia’s criminal code, remove it from State jurisdiction and upgrade the law to auto-deport foreigners convicted of serious offences back to their country of origin.

This extremist, Mahmoud Eid, from Punchbowl in the Muslim enclave of Sydney’s south west, pleaded guilty to rioting, kicking a police dog and punching a female police officer to the ground outside St James Railway Station. 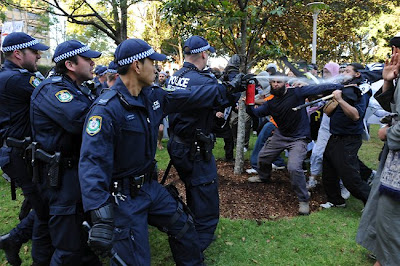 But he has only been sentenced for four years.  Australia’s laws are weak.  Try rioting in Yemen or Saudi Arabia and see what happens!

Yet what about the other identified eleven rioters out of the hundreds of Islamic extremists on the day who remain on the charge of rioting and affray?

And this Eid has form.  He was previously jailed for more than a year for a revenge attack following the 2005 Cronulla Riots.  Eid is a felon and undeserving of living in Australian civilised society.

Then when being sentenced yesterday, Eid, refused to sit down while Deputy Chief Magistrate Jane Culver delivered her sentencing remarks.

“He only stands for God,” his lawyer Elie Rahme told the court.  The bastard can stand for God back in his Arab shithole from whence he came.  Islamic extremists can deal with their “anger management” back in some Middle Eastern desert prison with the other head rags.

Australians have had a gutful of foreigners coming here, thinking they own the place and trying to take over.