Australia’s Clive Palmer MP’s angry talk aimed at China a couple of days back may not have been a “rant” as the media reported it, but it can hardly have been a heart felt statement of opinion either.

Yes, the Chinese state shoots its citizens and their legal system is just an extension of the Communist Party’s dictatorship and they do seek to control our ports and resources. These “mongrels” have an agenda of control. 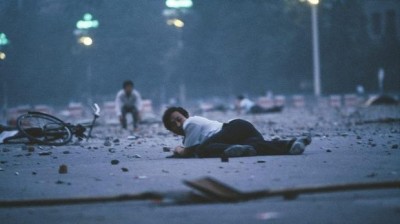 However, Clive has later back peddled claiming his Chinese rant was aimed at a single Chinese company with which he has bad relations. Yeah sure!

And Clive Palmer’s past gives us a different opinion of China to the content of his “rant”. On September 29, 2009, railing against foreign investment rules that had restricted Chinese investment in Australia, Clive publicly stated:

“It’s one of the worst things that can happen to Australia to extend our racist policies into Asia. Capital is in China, it’s not in the US.”

Clive went on to say:

“Suddenly, there’s a great cry in Australia about reds under the bed. We’ve got the opportunity to grab if our politicians could only be fair and treat the Chinese ¬people and the Chinese government with the dignity they deserve.”

“The Australian government has racially discriminated against (China) and stopped them from investing in Australia.”

Palmer named a mine in Queensland ‘China First’ and supported the introduction of contract foreign labour in larger volumes. Perhaps his open door refugee policy was part of that idea since it could raise a mass foreign labour army that would undercut Australian labour conditions?

In the past, Clive Palmer has been in bed with Chinese imperialism for profit. He denounced other Australians as paranoid and “racist” for opposing China’s economic grab at Australia. 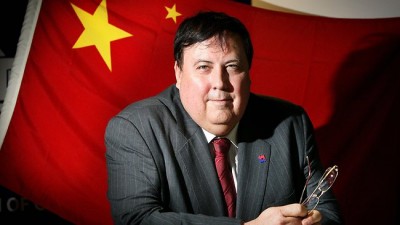 But Clive has always been about using, including China

Does a leopard really change its spots?  No, but its hair greys with age, not necessarily wisdom.

Even so, this outburst had a value – a big one. No sooner did Palmer blather and froth, than the Australian traitor class, from the People’s Daily of Australian capitalism (The Australian) through to politicians and business leaders turn vicious and bay for his blood. They also demanded that whomsoever criticises their great friend and ally and trading partner – do the kowtow to the new emperors in Beijing.

The Chinese Embassy responded with the soothing words we would expect and the Australian Foreign Minister welcomed that.

And Palmer back-peddled. He is no leader of any popular revolt, no articulator of the Australian People’s dissent.

The Palmer United Party Senator from Tasmania, Jacqui Lambie, did raise the ante and differentiated herself from Palmer.

She warned that the “price of liberty is eternal vigilance”.

“If anybody thinks that we should have a national security and defence policy, which ignores the threat of a Chinese Communist invasion — you’re delusional and got rocks in your head”.

“Both Labor and the Liberals / Nationals have failed to build an Australian military that is able to defend us — and stop our grandchildren from becoming slaves to an aggressive, anti-democratic, totalitarian foreign power.”

“I think the Australian people and the people of Tasmania should contact Senator Lambie and say look you’ve really got to be careful what you say now Senator Lambie, you are a Senator of Tasmania.”

“These things sound amusing when they’re said after 15 beers but they’re very, very dangerous if you want to say them on national television.”

The Prime Minister Tony Abbott added that there are similarities between the Senator Lambie and Pauline Hanson; he said both were “populist outbreaks on the right of politics” and in the end “pretty counterproductive in our national life”.

Counterproductive to those who pay him? Given Abbott conspired to put Hanson behind bars, his words are a threat. Those who speak even a modicum of sense can expect the lash.

Australia needs an anti China and anti imperialist movement that unites across the productive sectors of our country, across ideological and political lines to secure Australia from China.

Australia First Party will bloc with any social sector, community group and political force which for any reason takes up the anti China struggle.

The recent Palmer incident shows us all how sensitive the traitor class is to preserving its business arrangements and perhaps how fearful they are of the Chinese jackboot.

Chinese imperialist standover is no parlour game and ultimately we Australians will be forced to stand-up to a superpower aware that we have no end of traitors within. 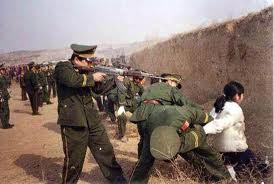 The Chinese imperialists in their Global Times magazine have now pulled the bully and done it openly.

“China should consider imposing sanctions on Palmer and his companies, cutting off all business contacts with him and forbidding him and his senior executives into China. The sanctions could also be given to any Australian companies which have business dealings with Palmer’s. China must let those prancing provocateurs know how much of a price they pay when they deliberately rile us.”

Rile us? Is this the language of imperialist gangsters.

“Palmer should be damned as the culprit. Because of him, China must teach Canberra a lesson for sabotaging a bilateral relationship. Australia has picked sides and embraced the US and Japan, but in the meantime, it keeps racking up economic profits from China. This situation is making it a radical “double-dealer” among all the nations which have relationships with China.”

In the rivalries between the New World Order group and Japan on the one hand and China on the other, Australia is now a ground for dispute and argument.
Australians should read the full article for themselves:

Australia First Party is now taking action against a wedge of the Chinese Invasion: