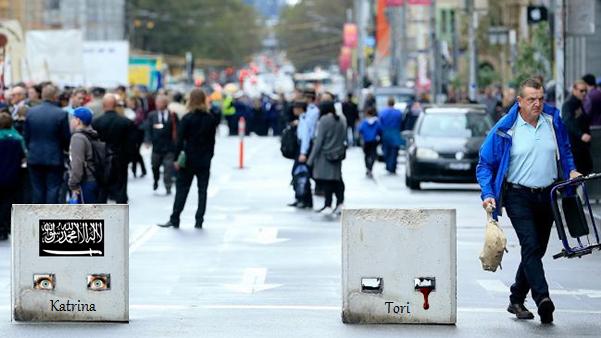 Islamic Bollards – a reminder of our urban state of siege against internalised Islam.

Australian pedestrian streets of Melbourne and Sydney are no longer safe from foreign Islamic terror.  Canberra has invited in the Islamic evil, forcing us to live under terror siege as those who hate us now live amongst us.  Uncivilized Islam hates the First World civilized values cherished by Australians – our democratic freedoms and our value for human life.

Yet Canberra’s invasive policies of Mass Indiscriminate Immigration and Multiculturalism imposed upon Australians, have invited in the Islamic hate inside our city gates and served to sideline our own cultural values and standards.  Canberra has become a hotbed of Australian treachery.  Those gates are our border controls and customs vetting – both rendered impotent under Canberra’s lax leftist immigration laws and anti-Australian cultural laws.

Absurdly and treacherously our national government in Canberra has removed the defensive gates protecting Australians in our own country and invited in the foreign evil.

Equally absurdly, now state and local governments impose defensive barriers in our cities to protect us from the foreign evil now within – so foreign Islamics don’t mow us down in trucks as we cross our own Aussie streets.  That the domestic threat risk has been allowed to get to this, the bollards are as token as they are ineffective and absurd.  The Islamic Bollards are to be a permanent intimidating reminder to locals and tourists, so long as hateful Islam remains in Australia, like a globalist purgatory. 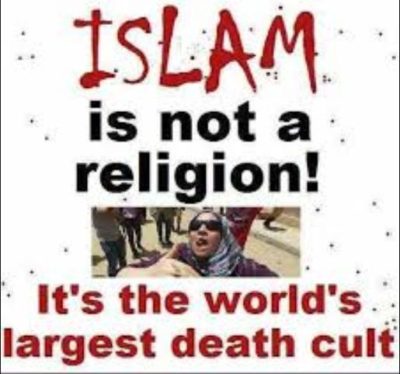 The Victorian Premier Daniel Andrews last month announces Islamic Bollards be installed in crowded areas around Melbourne, as part of an upgrade in security measures to hinder vehicle attacks by Muslims against Australian pedestrians.

It is knee-jerk reactionary following the recent spate of Islamic terror attacks in First World cities now with high Muslim populations such as Paris, Nice and London, and now Melbourne and Sydney.

It is Premier Andrew’s specific yet token response to the Islamic terror attacks by Kurdish Muslim import Dimitrious Gargasoulas in the CBD on January 20 (36 killed or wounded) and by Somali Muslim import Yacqub Khayre in Melbourne’s bay side suburb Brighton on June 5 2017 (2 killed, 1 traumatised). 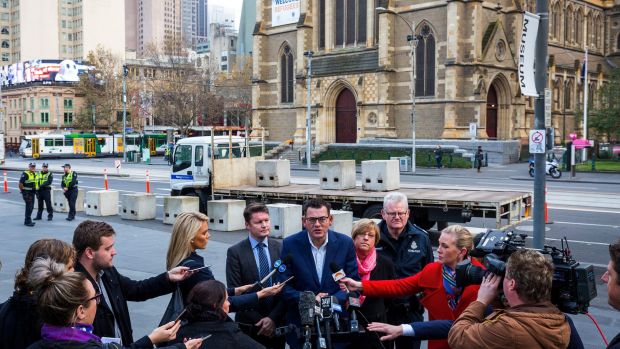 Costing $2000 a concrete bollard, the Victorian State Government jointly with the local City of Melbourne council, has installed hundreds of these Islamic Bollards to stop Islamic hatefuls.  The positioning has started with protecting pedestrian thoroughfares around presumed terror target locations: 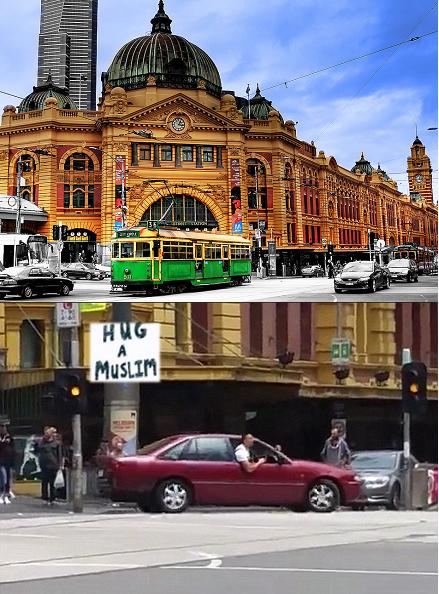 Welcome to ya muzzied Melbourne

Around 140 temporary concrete protective blocks have been placed at eight locations. The bollards apparently are to provide greater security to people visiting and gathering in the city – or look they do, and look like the government is doing something about Islam. 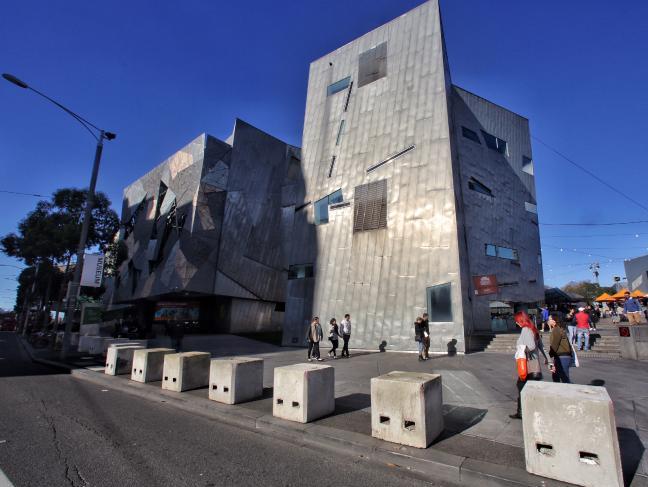 “We weren’t going to wait around for six months or twelve months while planter boxes are built so they look better.  There’s no time to be wasted here. The threat of terror – the threat of hostile vehicle attacks, the threats to public safety – are all too real.”

A CCTV and siren system will also be part of the $10 million safety upgrade.

Nice.  More millions.  And so what is the net cost of importing Islam to Australia this year..? 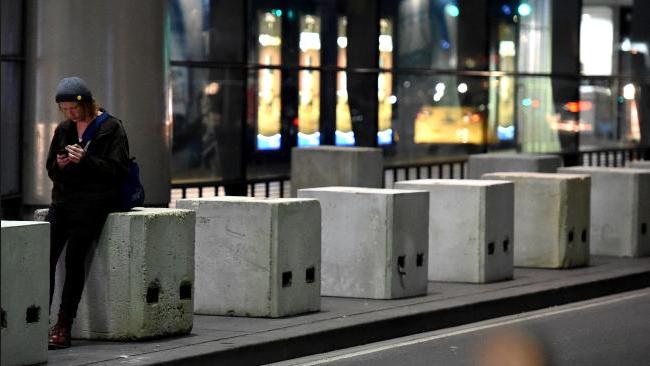 Meanwhile,  Premier Andrews evangelises his confidence in the government’s so-called ‘Islamic deradicalisation programme‘ despite no evidence that it makes a skerrick of difference.  If anything, Melbourne’s many mosques and Port Phillip and Baron prisons are incubators of the Islamic Terror Cult.

The City of Sydney council meanwhile started installing its Islamic Bollards on Friday June 23 2017, symbolically outside the Lindt Café in Martin Place. 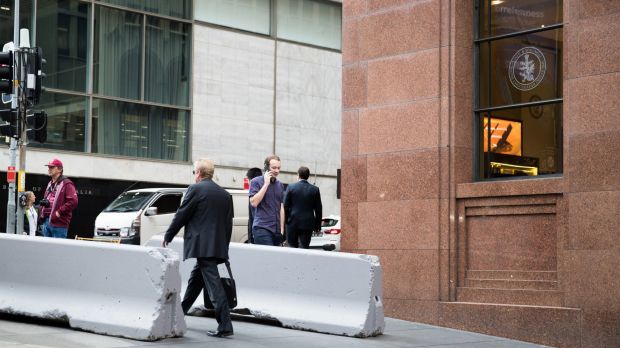 Mayor Clover Moore said it is to protect hot spots to stop Islamic terrorists from ploughing vehicles into pedestrians.

“The City of Sydney takes advice from NSW Police and state emergency services on issues of public safety, including the installation of bollards and barricades to block vehicle access in response to security concerns.”

There are now over 2,500 bollards on City of Sydney controlled land, costing between $1,000 and $5,000.  Totalling $12 million plus that creates an Islamic Bollard industry more lucrative than ICE and legit.  Watch the price of cement bags!

A security expert has said that “bollards alone” will never been enough to prevent opportunistic terror attacks.  So the next step seems to be to follow Europe with armed soldiers now standing guard on the streets, like in London reminiscent of Belfast in the 1970s and 1980s. 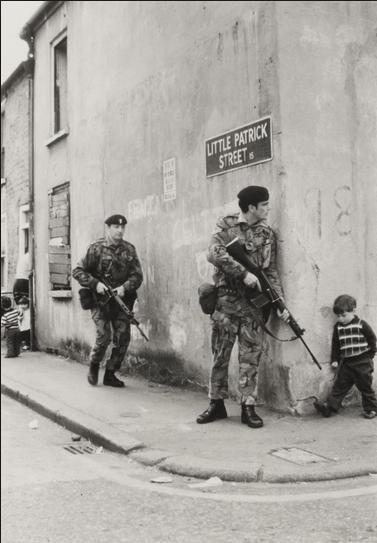 And other Australian cities are on their way to adopt this 2017 fortress approach to combat invited Islamic immigration, thus far specifying Adelaide as well as the Gold Coast ahead of the Commonwealth Games.   So Brisbane, Perth, Hobart, Darwin, Oodnadatta – be on muzzie notice.

Canberra’s Calming Dictat:  “Australians should go about their normal business in their normal way oblivious to any trucks bearing down on on the footpath driven by rabid muzzies armed with janbiyas.” 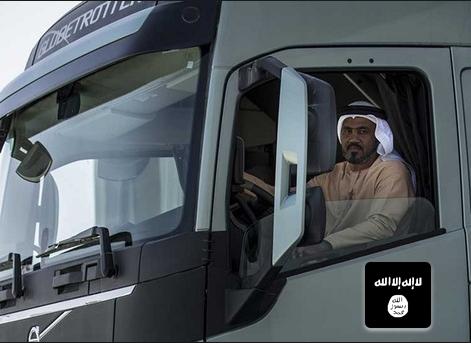 …gee, thanks Canberra for your hateful imposed reality.

But bollards didn’t protect Australian cartoonist Bill Leak, critical of Islam.  Why did he need to leave his home and live in a safe house?

Islam is a serious threat to the fabric of our civilized First World society.  Muslims hate us and want to change our way of life by building hate-preaching mosques, islamic indoctrination schools and by imposing their evil backward sharia law.   At taxpayer-funded Hurstville Boys Campus of Georges River College in south west Sydney, young Muslim boys are permitted to refuse to shake the hand of female teachers handing out prizes. It is sanctioned by the NSW Education Department as official practice.

Political commentator Peta Credlin recently stated that in countries where they’ve lost the fight to protect their values and their culture, at least you’ve still got time in Australia to stop this happening to you.  We do, but time is running out.

Unless gutless politicians get some guts, and leaders show leadership, bit by bit, what makes this country “young and free” will ebb away until we live in a place we don’t recognise anymore.

Muslim leader Keysar Trad, says that when it comes to the teachings of his religion and beating women, “violence is a last resort”.  The ABC’s Islamic activist Yassmin Abdel-Magied gets away with bullshitting that Islam is the “most feminist religion” and then attacks our ANZAC heritage on ANZAC Day. 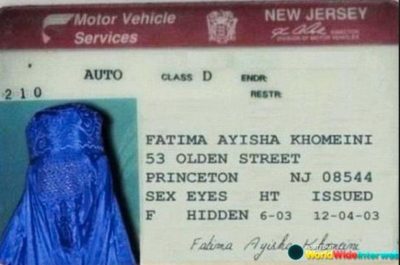 Muslims can’t drive.  They deserve to be banned from driving in Australia – cheaper than bollards.

Islam is a threat to the entire free world. Bollards wont stop the evil. Islam needs to be banned nationally as an evil cult, and muslims immediately deported back to the backward badlands from whence they came. It starts by voting 1: Australia First Party and rejecting the leftist bedwetting snowflakes that are Labor, Liberal and Greens.

Then once the last Islamic has goneski, Aussies can safely remove the Islamic Bollards and restore Australia to the safe great country it once was. 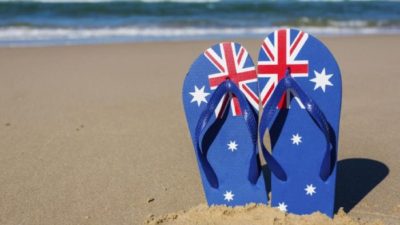