Civic patriot Likud-Nick Folkes has been talking to leftist media, naively expecting he might receive respectful, accurate and objective reportage.

Folkes tries to talk to the Berlin-walled Guardian?

Better to buy a lotto ticket.

“Some of the far-right groups who have signalled their intention to rally at Cronulla have been at odds with one another.

Jim Saleam of the Australia First Party issued a statement condemning the Party for Freedom, saying: “This rabble of would-be patriot leaders was not present at Cronulla in December 2005, nor did they speak for it. It is now just convenient for them that they seek to enter into the historical memory with a different interpretation and ride it as a justification.

Folkes said Saleam was a “troublemaker” who “hasn’t learnt that his rhetoric just doesn’t help anything any more”.

The Guardian’s article is less about Folkes’ and his planned rally, but more about some offended Leb, Jamal Rifi, set up in south-western Sydney. The Guardian was contacted by Rifi first for a media release.  It was all to do with some collective Leb legal backlash to the and his vexatious forthcoming tenth anniversary of the Cronulla Civil Uprising in 2005.

Rifi doesn’t even identify as an Australian, but “as active member of the Australian Lebanese community and as a person of Middle Eastern race, nationality and ethnic origin.”

Hey Rifi! Deport yourself to back to where your loyalty comes from! 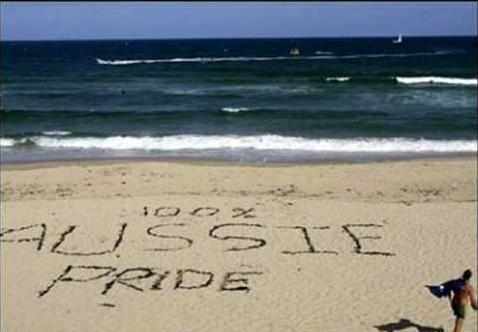 Aussie Pride in Australia, Leb pride back in da Lebanon

How many have you put on the DSP?

The Guardian Australia is desperate. Last year it reported a $7.5 million loss, following the same trend as its UK parent.

Mr. Folkes seeks to convert the historical truth of the Civil Uprising into part of the anti Islam script, something which has become increasingly opposed to the idea of an Australian Euro-ethnic identity.

In doing so, Likud-Nick and his friends like Shermon Burgess in Reclaim Australia and similar forces, have taken to denouncing the nationalist position which they seek to obscure.  Ultimately, the nationalists will send the civic patriots back to their masters – politically defeated!

The Guardian has deceptively chosen a blue on white corporate colours for its branding identity in Australia.  It’s entire premise and ideology is Trotskyite leftist globalism.  More honest corporate colours would be red and black.  Its comrade agency, Red Flag, is at least more honest: 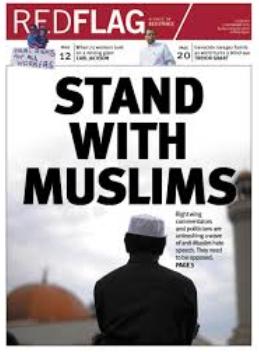 At least Socialist Alternative’s red rag is honest about what they stand for.

Muzzies hate Australia and won’t even stand for our courts