Rudd Labor has splurged triple that of infamous spend thrift Whitlam Labor of the 1970s.

Labor’s federal budget deficit has leapt from $18 billion forecast in the May budget to $30.1 billion in 2013-14.  Labor’s economic statement released by Labor’s latest Treasurer Chris Bowen and Finance Minister Penny Wong, shows revenue is $33.3 billion lower over four years since the May budget.

Wong is up to her armpits in Chinese Accounting incompetence, bullshiteing her way like a criminal lawyer pleading and counter-attacking in a dodgy court case. 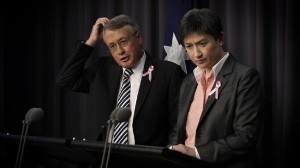 There is no Australian accounting respect for Chinese Accounting.

Like China, Penny Wong does not subscribe to financial truth or transparency. She has her own personal career agenda.

Wong talks legal crap to stave off financial criticism.  The Wong is a cultural Labor patsy and true to Chinese culture – cannot accept loss of face despite loss of Australian taxpayer billions right in front of her eyes.

Australians deserve better.  We deserve that our national wealth be respectfully managed with proper financial governance and due diligence.  Australians deserve a qualified home grown chartered accountant to be Finance Minister, not a political lawyer making excuses after excuses. 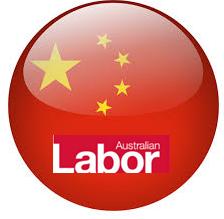