Today on Australia’s Vietnam Veterans Day, the Australia First Party acknowledges the selfless service and sacrifice of Australia’s men and women who served our nation during the Vietnam War and who took part in various capacities in all conflicts under Australian government orders, through to the current.

But the decision right or wrong of Australian governments to send our best and young into harm’s way, does in no way have anything to do with the selfless dedication and sacrifice of those Australians who enlisted or were conscripted.   They did their duty, end of story. 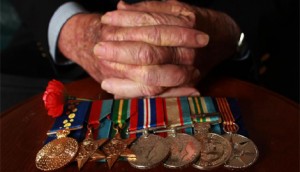 Australia must not just remember them in some token media fashion just on memorial days, but respect all of them alive and support the direct dependants of those veterans who have passed away or are consequently disabled.  In military, there exists no greater sacrifice in offering one’s life. The duty is beyond all other callings in our nation.

Australia First Party recognises our military, Army, Navy, Airforce personnel and associated others in Australian government ordered conflict, as military personnel and veterans collectively as the greatest social group of our nation.

Australia First Party believes that all Australian serving personnel and veterans, having committed to enlist and serve their nation, which means a commitment to the ultimate sacrifice, is beyond all other duties to our nation.

It is beyond time that due recognition of our service men and women translated beyond political rhetoric to serious and generous lifetime financial compensation to veterans and to their direct dependants.

Australia First Party believes that all Australian serving personnel and veterans must have their pensions increased and so indexed with inflation and be set above the basic wage into perpetuity.

Australia First Party believes that all Australian serving personnel and veterans deserve to be entitled without reservation or question as a first right to automatically mean that them and all their direct dependants, if in need, shall never want for the financial basics of an Australian decent life standard including fully insured mental and physical healthcare.

You serve your nation, your nation takes financial care for your direct dependants if in need – end of story, no ifs, no buts for the rest of their lives. 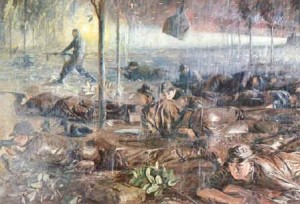