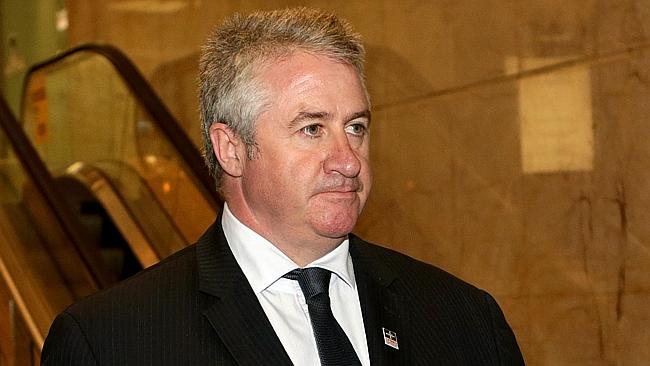 CFMEU National Secretary is a train wreck.  Another week, another exposed union official before the Royal Commission. 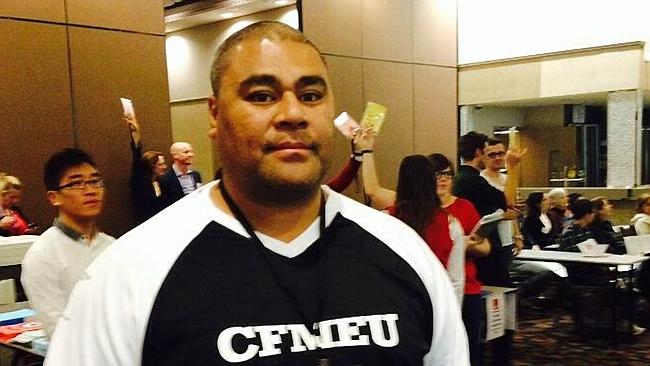 Prior to his arrest, Kivalu gave evidence to the Royal Commission into which he conceded taking payments of $100,000 from construction firms in the ACT, but gambled some of it away on the pokies.

“I played pokies with it, gambled … I did not pass any payment to anyone in the CFMEU,” he said.  He also said he had lied and concocted a scheme about money that was owed to him to “get back” at the owner of a concreting company set up in Canberra, by ethnic Elias Taleb who he claimed had tried to blackmail him to his boss, CFMEU branch secretary Dean Hall.

Kivalu was a lead organiser for the CFMEU but resigned on November 10 last year due to “personal issues” and received a payment of $60,467.45, after tax, upon his departure.  Kivalu told the hearing that he received $60,000 in payments from Mr Taleb and $40,000 — paid in $10,000 instalments — from a man called “Mick” on behalf of another firm, MDS Tiling.

According to the CFMEU, “No-one in the CFMEU had any knowledge of my receipt of those payments.”

In the conversation with Mr Taleb on April 10 this year, Mr Kivalu accepted he said the following relating to the payment of $85,000: “Elias, Elias, you haven’t f*cking given me a lot of money. If you’d given me a lot of money, the 85 would have been paid off … We’ve been talking about this for f*cking years … this is — this is — this is the balance of it that you f*cking owe me.”

Mr Kivalu explained the conversation by saying he was trying to “get back” at Mr Taleb because he was being blackmailed.“

(When) my relationship with Elias went sour, he tried to blackmail me to my boss, then Dean Hall. So I decided to give back to Elias his own medicine,” he said.

It was also revealed on Thursday that Kivalu had been the ALP Dickson-Morning sub-branch president at the time he was allegedly engaging in corrupt behaviour.  The Royal Commission also heard that Kivalu had obtained a job with an ACT labour hire company.

So far he hasn’t accepted taxpayer-funded helicopter rides or junkets to Italy.

So Kivalu has been arrested on blackmail charges.  The prosecution opposed bail, raising concerns that Kivalu would interfere with ongoing investigations by disposing of evidence or contacting people involved. 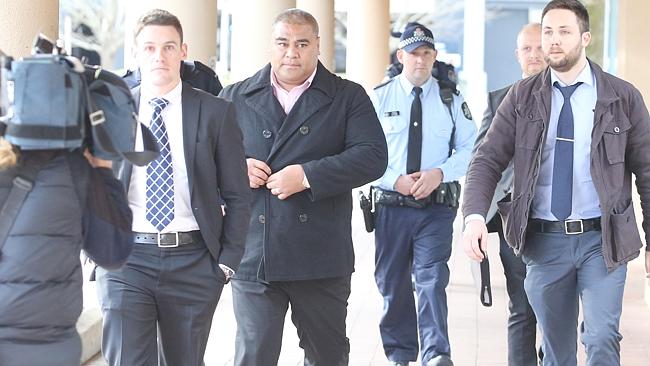 Kivalu has been released on bail, pending court appearance at a future date.

Implications for the CFMEU

The head of concreting company, Multi-Crete, has revealed how builders in the Canberra industry were made to sign a collective agreement which set prices.  Multi-Crete director Clive Arona told the same Royal Commission on Wednesday July 15, 2015 that business heads met with the CFMEU on various occasions in late 2013 and early 2014 to decide on the enterprise bargaining agreement.  It included above-award redundancy pay and set prices for concreting jobs, per cubic and square metre.

Those companies with an EBA were left alone by the union, he said, admitting it was costly to his business but guaranteed a level playing field.  You wouldn’t be able to operate in Canberra if you didn’t sign one, he added.  “Is it that the builder wants a quiet life, no unwelcome visits from union officials,” commissioner Dyson Heydon put it to Mr Arona.  “Yes,” the concreter replied.

The witness also detailed to the hearing how he paid $5000 for a Tongan community event, thinking it would improve relations with Halafihi `Fihi’ Kivalu, a then CFMEU organiser.

The commission has already heard claims from several business heads who paid Mr Kivalu thousands of dollars in cash envelopes and cheque handovers at McDonald’s outlets in order to secure work in Canberra.

The former organiser’s lawyer put it to Mr Arona that he and Mr Kivalu were friends outside of work and a meeting he said took place with Mr Taleb at Gungahlin never happened.  Mr Arona insisted it occurred and he saw money exchanged between the pair.

Another witness, project manager Rodney Peachey, told the commission on Wednesday he had regular coffee catchups with Mr Kivalu to “keep the peace” with the union.  His company at the time, Denham, would go with sub-contractors who had an EBA, thinking it was a “security blanket”.  “It also meant that Denham was less likely to experience union disruption on its work site,” he said in his witness statement. 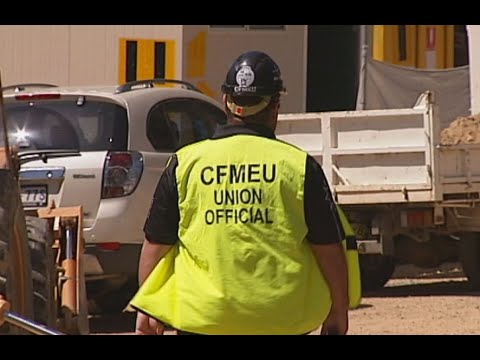 Keeping da peace at construction sites – just so long as our slush funds get topped up!