Here’s Billy’s latest application attempt to be an Aussie nationalist, but we’re a wake up to #8:

Billy gives it a good go to get on the Australia First bandwagon, like Mal’s done after his Trump cuddle. Billy also promises to “Employ Australians First”, which is not a bad thing.  It’s just that it’s been a long time coming for Foreign Labor since Gough declared otherwise back in 1973.

But Labor leftie Anthony Albanese MP and his PC Diversity and Inclusion Brigade has frothed to ABC’s whitewashing Michelle Guthrie and Gillian Triggs MHT.  Albo’s gone all xeno, miffing there’s no blonde Calathumpian in Shorty’s line up.  “It’s a shocker?  Ya can’t show Australians to be white, that’s racist!” he screamed.

Labor’s Craig Laundy MP has accused Billy of xenophobia and the Liberal’s Arthur Sinodinos MP says Billy should be ashamed for narrow-casting Australians as White, while black fella Warren Mundine said: “Where are the black fellas? Where are the Chinese?”.

Shorten has pointed out that he chucked in some token Asian chick to appease, but admits he could have gone further and promises it won’t happen again. 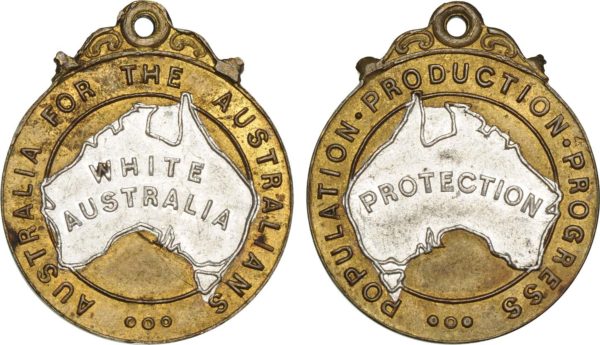 Labor introduced its White Australia Policy in 1919. Bring it back !

Tut-tutting Greens senator Sarah Hanson-Young has just shaken her head “Honestly, what are Labor thinking? This is awful, just awful,” she said.  Here’s her hypocrite Greens Party.  Spot the fat half-cast muslim Nigerian tranny blonde with a harelip amongst this lot? 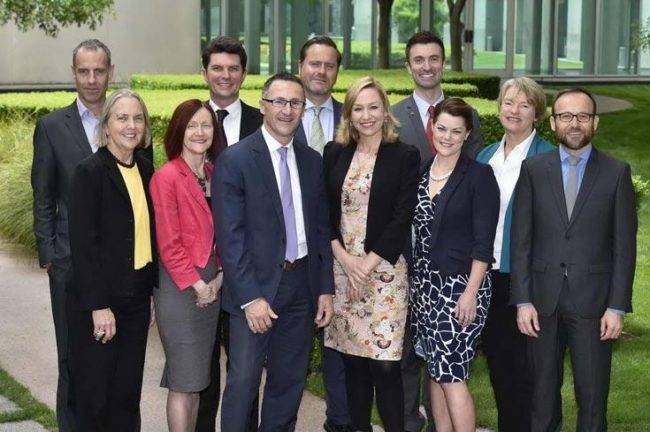 The White Australian Greens – all about diversity and inclusion.

But Billy’s rat smell pervades since his Clean Event sellout when boss of the AWU.  He ran a union that took $300,000 from an employer in disguised payments based on fraudulent invoices as part of a deal that hugely benefited that employer.

Former Thiess John Holland executive Julian Rzesniowiecki admitted before the Royal Commission into Union Slush Funds in 2015, that his company issued bogus invoices to hide a deal struck with the AWU to pay $300,000 for an organiser.

Rzesniowiecki kept a detailed diary from his mid-2000s dealings with the AWU duo over the $2.5billion EastLink tollway in Melbourne. In the diary he records that Shorten proposed in December 2004 that builder Thiess John Holland pay for four AWU staff on site at the tollway project.
That would have equated to at least $1 million to the AWU over the three years it would take to build the road through Melbourne’s south-east.

That figure was later negotiated down to $300,000 to, ostensibly, pay for one union organiser.

The diaries also show that Shorten’s proposal came at a time when the parties were negotiating an industrial agreement that halved the number of mandatory rostered days off for workers.

“Politically the AWU has sold out the 36 day [hour] week,” Rzesniowiecki wrote in his diary, noting also questions about how to publicly “package” the workplace deal to avoid criticism and how to “pay it out”.

The ground-breaking “flexibility” around weekend work and rosters was worth huge money to Thiess John Holland, tens of millions of dollars in fact, and possibly as much as $100 million. The project was completed as much as six months ahead of time.

I mean fair dinkum Billy!  And then Billy’s deviant values ultimately fail his chances of ever defecting to Australia First. 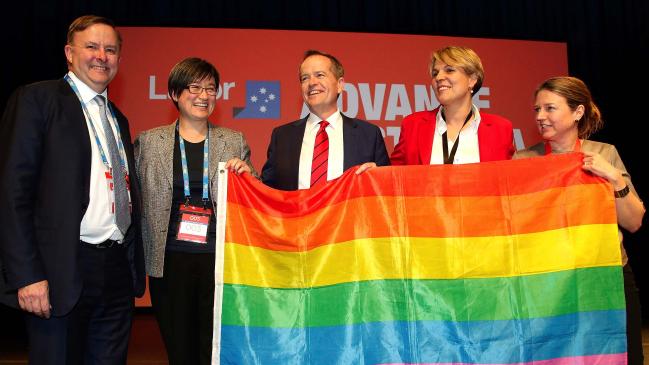 ..and then there’s this judgment that just eliminates him for life.. 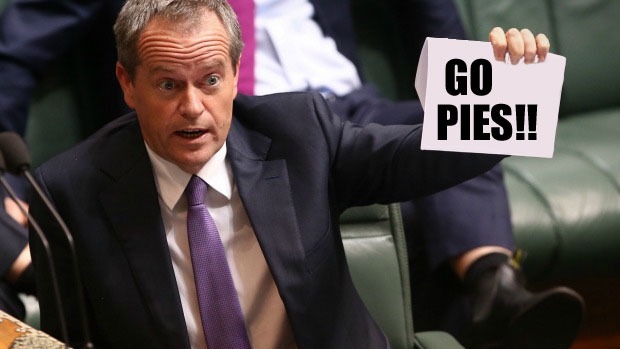