As the disintegration of democracy becomes ever more apparent, having started us on a course to a fully-fledged surveillance society following 9/11, but especially after COVID-19, Australia must halt all immigration from China.

For that matter, we must stop immigration from everywhere, but that’s a job for a Nationalist administration. Nobody else could be entrusted with the task.

Still, you might ask, what do COVID-19 and Chinese immigration have to do with one another? COVID-19, except for the misinformation of the expected Chinese propaganda, is universally agreed to have begun in China. What isn’t so certain is whether or not it began in a lab. And, if its genesis lay in a lab, was the release of the virus accidental or deliberate?

One might argue that it couldn’t have been deliberate since the Chinese people were infected first. To believe that the Communist rulers wouldn’t unleash such a plague on their own people is to misunderstand just what sort of regime rules in Beijing. They would happily use their citizens as guinea pigs while the officials go back to watching ping-pong.

Such an experiment would afford them all the empirical knowledge needed to observe the social-authoritarian effects in anticipation of the main operation, to bring down democracy throughout the West. Sound far-fetched? Implausibility alone would create a good cover for the program, but given how little is normal about China, far-fetched is a relative concept.

Even if it was an accident, the same information is on display just from watching how the West has reacted. The alacrity with which the political elites have grasped the potential of the virus and used it as a means of control. First, freedom became conditional in many Western countries following the September 11 attacks on the World Trade Centre in the US in 2001. Governments were quick to take advantage of that false flag to tighten the reins and remove our freedoms. Now, with COVID-19, they’ve gotten drunk on the powers which they can now justify employing based on the argument about public health.

All of this has occurred in a two-tier political paradigm in which identity politics is tearing the West apart. Its spread no doubt lies in the very essence of the Western System which is based on selfhood and the self-interest inherent in capitalism.

Many in the US, including the influential The Atlantic magazine which in December 2019 dedicated an edition to How To Stop A Civil War, have awoken to the reality of the possibility of such an event. Since then, especially with the Floyd-BLM riots in the US during that dark year of our Lord 2020,  that reality has come to the fore. Entire cities were set ablaze and an anarchist ‘autonomous zone’ created in the port city of Seattle. Since the also hinky black op at Capitol Hill, armed national guard now encircles Capitol Hill.

The probability that the admitted conspiracy by a union of those on the side of the Democrats robbed Donald Trump of a second term was another nail in the coffin of democracy. When we speak of democracy, the USA has been the world’s flagship for democratic-capitalism since the end of WW1. Having defeated fascism and curtailed the spread of communism following WW2, the West became complacent about its ‘system.’

The conflicts in that system that accelerated in the 1960s with the Civil Rights movement created momentum towards what we now call Cancel Culture, which has come out of the Left-Wing attitudes to sectional interests. Out of that, a race war began in which de-Whitening is a concerted platform for the progressives. The corporate world, which is only interested in moving product, went along for the ride. Now we find ourselves in this hypocritical two-tier political environment in which the ‘victims’ of Column-A can, while the ‘oppressor’ in Column-B cannot. As such, during the lockdown, Black Lives Matter protests were permitted, but Anzac Day was verboten under threat of penalties for those who breached quarantine. This is the double-tier in action.

Race has become such a sensitive nerve in the West that we are rewriting our history to accommodate the feelings of aliens. In most cases, it’s not the aliens requesting this, but the infected part of that body of our people. This defensive-nerve has created the conditions that are further eroding our dissolving democratic standards by incapacitating its most sacred tenet, freedom of speech. Note, the Lefties openly mock the concept of Free Speech as Freeze Peach. Political voices argue that freedom of speech is relative and what is spoken should be censored if it causes hurt feelings. Remember, this was the position taken by Al Grassby of the Whitlam government in 1975, the Minister of Immigration and architect of Australia’s Racial Discrimination Bill. And what was his reason for this, apart from being a gung-ho multiculturalist? He was safeguarding his pals from the Calabrian Mafia against any attacks deriving from their ethnicity.

The White Australia Policy, apart from a sensible program that would ensure a cohesive monocultural nation safeguarded for White people, was fundamentally about keeping out the Chinese. Our workers knew well what would happen if the insidious, industrious hive of Chinese exploiters were allowed here. Now, it’s too late. Not only are they in, but they’ve amassed a kingdom of our land and resources through dealings with quisling politicians and oligarchs such as Gina Rinehart. They essentially own Darwin Port, for crying out loud! They lease islands and erect signs to keep local Australians out.

The Chinese diaspora exists under the control of Beijing. That’s indisputable only to those who are so tone-deaf to the interests of their nation that they’ll put our most dangerous foe’s interests first. That’s already happened.

Aside from those Chinese dissidents here, whose cause is their own and not the business of the Australian people, this diaspora wields a two-prong power over the Australian people. Firstly, they have the economic immunity, and are a species protected by the mercantile and the social policies that enable them to protect their ‘assets’ in the name of ‘trade.’ Secondly, the racial vilification laws are a nice Achilles’ heel they can irritate anytime they need a justification for political censorship on Beijing’s behalf. This just recently happened in a modern art gallery, to provide but one example.

The Ambush Gallery in the Australian National University (ANU), removed two artworks by artist Luke Cornish following a “backlash” from the Chinese community, which argued they were “racist.” What were they? The two offending works depicted China’s President Xi Jinping as Batman (a reference to the Bat flu) and Winnie The Pooh.

Xi is notoriously touchy about being compared to the lovable honey-loving children’s bear.

Yet, this is political censorship carried out on behalf of the country’s foremost antagonist. We allow our leaders to be mocked every day, but dare to make light of China’s would-be emperor and Australians immediately bend over to touch their toes. In this case, a university, which relies on Chinese students to keep its dean in good supply of ivory backscratchers.

Even amid a trade war, Australians flinch. The universities are itching for the government to ease up on its rhetoric so that Xi allows the students back. The developers are in their camp, too, so that all those vacant eyesore apartment complexes can find tenants and owners.

The White Australia Policy were it still in place, would have prevented this security issue that comes from allowing the Chinese community to grow amongst us.

Its abolition was just one stage in the deconstruction of the West, which China has patiently been observing. COVID-19 and the power it’s gifted the political elites are bringing no end of joy to that country’s authoritarian regime, who can now poke big holes in the veil of hypocrisy we live behind. Race, that sensitive part of the Western skin, is so easily pricked that, as the African-Americans and others have known for so long, you don’t require a racist incident to cry racism.

China is already claiming unprecedented racist attacks against Chinese living in Australia. They don’t need proof because Australia is ‘racist.’

Racism isn’t something that needs shying away from, rather, it must be embraced until it’s meaningless.

It’s already a meaningless word to Nationalists, but as a policy, returning to our principles of protectionism for not only our land but our people is a must. The wisest place to start is with the Chinese who, as tensions escalate almost inevitably to a scenario of war in the region, will become a homegrown menace thousand times more serious than that posed by Islamists. 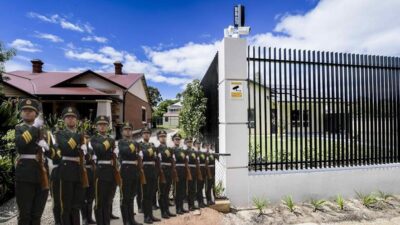 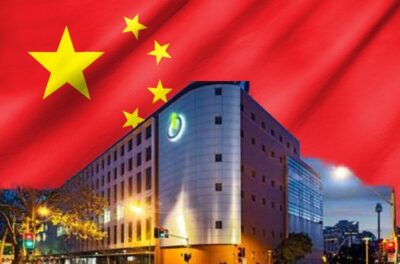