Perennial widespread drought has afflicted outback Queensland and New South Wales to the point where hand feeding livestock has come down to life support.  Decent soaking rain has become the exception over a decade.  Outback farmers have become drought refugees in their own country.  The best option may be to fund drought stricken farmers and their dependent communities to relocate east towards the greener coast.

In life, hard decisions sometimes need to be made, and this may be the hardest for many. 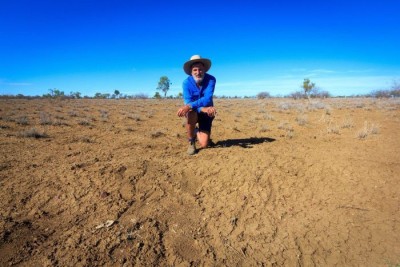 When bores are drying up it’s not getting any better, only worse.

Rather than rely on temporal welfare, inaccessible loans or false hope for rain that may never come, these outback farmers and their communities need a solution to re-establish their independence, not a bandaid fix.  The Australian Government needs to sit down with rural property owners across the many areas of drought stricken Queensland and New South Wales, and with the agricultural industry and with expert weather forecasters at the Bureau of Meteorology, to work through both immediate and lifetime solutions.

A year ago, after then two years of severe drought, the Australian Government funded a $320 million drought relief package to drought-affected farmers across western Queensland and western New South Wales.  The funding was mainly in the form of agricultural loans at a time when affected farmers already had loans and little or no income to service their existing loans – so few were eligible.  Other funding included emergency water infrastructure, pest management and depression counselling.

So bugger all tangible relief really.

Right now, the critically urgent task of responsible national government is to deal with the humanitarian crisis starting this week, just like the response after Cyclone Pam devastated Vanuatu.  Rural Australians need to have basic provisions to keep them alive and well.   The co-ordination effort would be most effectively implemented through the various local government shires across Queensland and New South Wales and out to the people on their own properties.

Once the humanitarian crisis is stabilised, the longer term solutions need to begin.

Many farmers and many rural communities may need to accept grim reality that the outback rains in outback are not going to return enough to make a living.  Rather than die a slow death, stricken families would be prudent to accept Australian Government exit assistance on a case by case basis from the drought zone to relocate to green pastures east or even into the Top End.

Drought across most of western Queensland and western New South Wales has become more than the traditional definition of a lack of rainfall over a three-month period.  It is lack of rainfall over three years if not decades.  The Millennium drought emerged around 1995 and persisted into late 2009.  The Australian Government provided $4.5 billion in drought assistance.  And now after just a few years of decent rain 2010-2012, sever widespread drought is back.  Arguably, the Millennium drought never went away.

Australian taxpayers will be more encouraged to support drought affected farmers get back on their feet permanently, rather than contribute to repeated welfare.  Australian farmers do not like receiving welfare and they shouldn’t.  But they deserve urgent humanitarian relief followed soon after by Australian Government ‘Drought Exit Stategy‘ (loan-free financial and social assistance) to encourage a geographic shift and start a new life outside and away from the drought zone.

In many cases, unprofitable rural businesses may need to be purchased by the Australian Government at some agreed value to stave off liquidators.   Outback towns will become ghost towns, but economic collapse in western Queensland and western New South Wales looms anyway.

We only live once and as Australians we all deserve a decent life, even if it means starting again like after a divorce.

Case in point, after years of struggling without adequate rain, a young family in Queensland has made the emotional and difficult decision to walk off the land.  Nic and Carley Walker struggled to keep their cattle and sheep alive after three consecutive so-called wet seasons failed to deliver any decent rain. 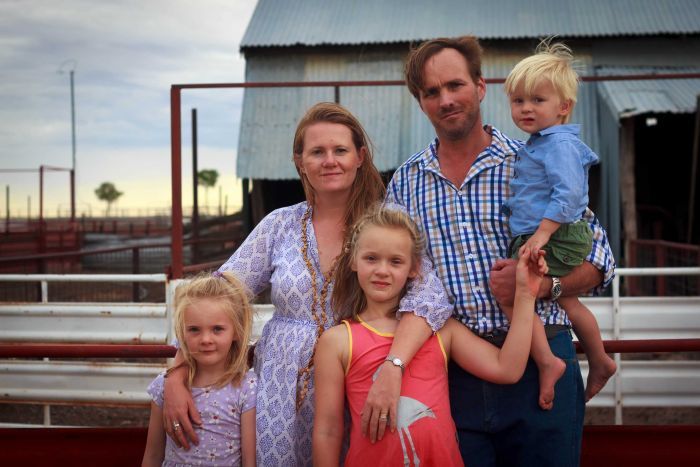 Mrs Walker said they had spent a fortune on supplementary feed but the animals’ health began to deteriorate.

“Daily life is a lot of killing and a lot of suffering,” she said.  “You’re driving around twice a day putting things out of their misery and it takes a huge toll. You’ve constantly got blood on your shoes and you smell like sheep blood and stinky, rancid mud. Everybody gets sick of it. It’s really draining.”

The Walkers made the toughest decision but the right decision for their family.  They deserve to be eligible for Australian Government drought exit assistance immediately.

Time to move and time for the Australian Government to look after our own instead of jumping to the assistance of the breeding Third World.

If it means a ten-year drought levy to properly relocate these desperate proud Australians, so be it.  We are all Australians and we look after our own. 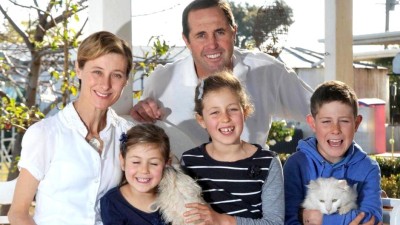 In memory of the Hunt Family of Lockhart