Meanwhile back in the dirty cities, the Reclaim Australia rallies drew out the extreme-left which paraded itself as the ultimate force against so-called “racism”.

The extreme-left – which is usually Trotskyite communist – says that these “racists” at Reclaim are the “enemies” of Australian workers.

In the extreme-left fantasy-land, the workers have no country and can’t wait to see the borders opened and a flood of working class brothers from god-knows-where enter the country and take jobs. The extreme-left thinks that Aussie workers also earnestly support the destruction of Australian industry and agriculture lest it hurt the brothers elsewhere. In any case, open borders and the transfer of industry to the Third World will speed up the world revolution and the global utopia will come. 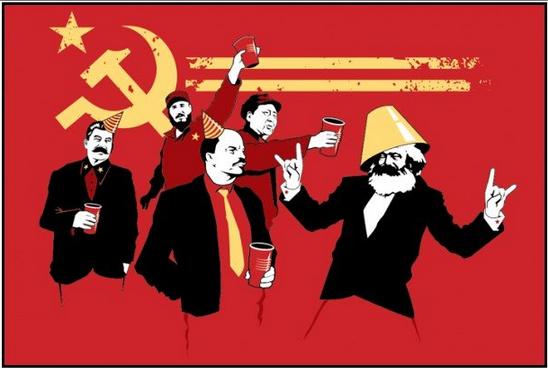 Instinctively, Australian workers know that this rant is a load of horse manure!

We could say a lot, but we won’t about this sort of rabid internationalism. We could imagine that it serves the bosses in that the extreme-left agrees with them on essential policy!

So, it happened that a gorgeous girl in her Sunday best arrived to counter-demonstrate the Brisbane Reclaim rally in Brisbane.

It turned out the girl was a boy. 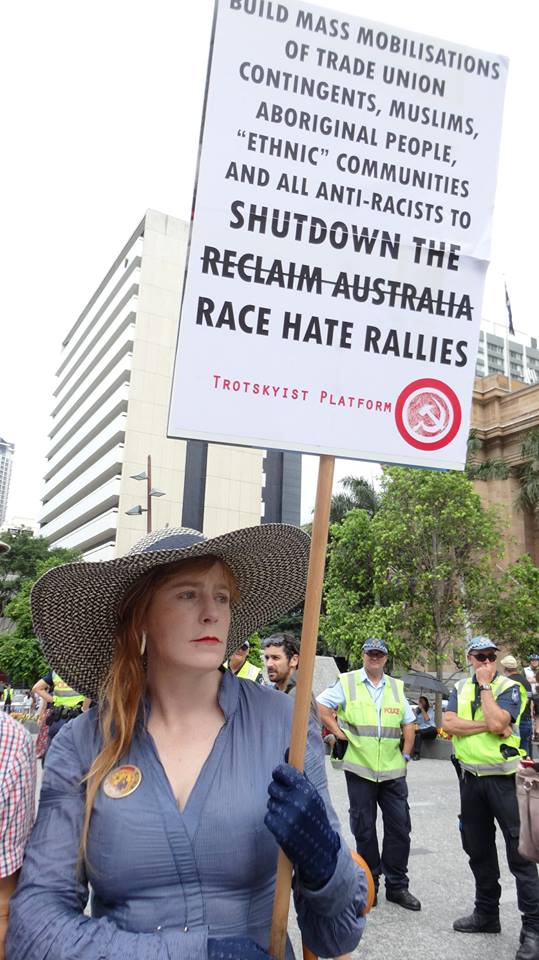 Produce from the Tranny Factory receive auto-membership of Socialist Alternative

We are yet to really understand her transvestite Trotskyism serves the workers.

We suspect that the transvestite Trotskyites are not the leaders of the workers.

Are we bearing witness to the emergence of a new anarchist sub-branch: ‘AnarchoTrannyism‘? 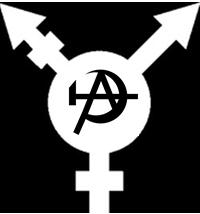