Chinese are addicted to gambling.  The Liberal and Labor parties are infatuated with Chinese trade and immigration into Australia.

Australia’s trade with China is a recurring ‘get rich quick’ scheme.  It’s like our own greedy addiction to rushes like the 1850s Gold Rush and subsequent economic booms and crashes – like bank crashes of 1929 and 2008, energy crises, the Dot Com bubble and crash, and the 1980s borrowing boom leading to the stock market crash of 1987.

So convenience and greed has lured Australian governments, industry and markets to trade more and more with growing Third World China, like a booming fashion trend.  Now Australia is economically tied at the hip with China.

The risks are high, especially when you have all your economic eggs in one Chinese basket. 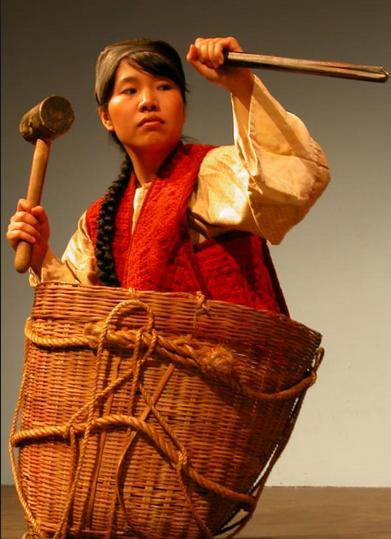 Australia dumbly has all its economic eggs in what is increasing looming as a China basket case. It is clearly an unwise investment proposition and not in Australia’s strategic best interests.

Two coins on a kip sent spinning into the air. Players bet on whether the coins will both fall heads up or tails up, and the winner takes all.  The odd of losing are 50/50. On average you will neither make nor lose money, like betting on red or black in roulette. 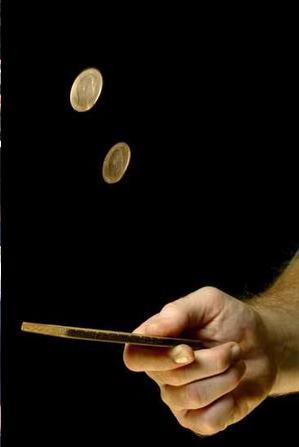 The Chinese are simple folk, not long out of peasantry.  Millions of Chinese have bought shares like casino chips.  They don’t invest; they gamble and rely on ancient superstitions to choose – lucky number 8, any colour as long as it is red, and praying to the gambling gods.

The Chinese dictatorship insists on control, but has no friggen idea. It controls its currency value and shuts down its Shanghai Stock Exchange when it loses control.

The Chinese market is like a fat spoiled child with enormous power and clout but with no wisdom. Capitalism didn’t exist in Confucius time.

Faced with a problem it is clumsy in trying to fix it and with little sophistication and poor communication. The trouble is its oversized influence is leaving chaos in its wake on international financial markets.

Since the New Year, China has played with its currency a few times by imposing – and then abandoning – restrictions on its stock market.  The current suck-it-and-see approach is resulting in palpitations in China overdependent economies and share market’s like Australia’s.

So Australia’s financial markets has become hostage to Chinese gambling whim.  And it wasn’t so long ago (2011) that high roller of the SGX, Magnus Bocker, thought it a good idea to sell the ASX to Singapore for $8.4B.  That would be flogging off Australian wealth fully bent over with Vaseline!  They got rid of Bocker and he went back to Sweden.

What started out as an ugly new year week on the stock market got decidedly uglier this week and already $103 billion has been wiped off the value of the Australian market.  Our yellow two up gambit could end up two bit.

Plan B:  Australia would be wise to spread its trade amongst its own First World kind – similar cultures, similar standards, dependable spread of opportunity and risk.

We spoke about this back in August.

China 7% growth as sure as its crowd control, or is it Yellow Carnage?