Dodgy foreigners will try anything to get into Australia.

Thousands of the blighters who have scammed citizenship have been found out sponsoring foreign partners for immigration purposes but are then claiming single welfare payments because they are not together. 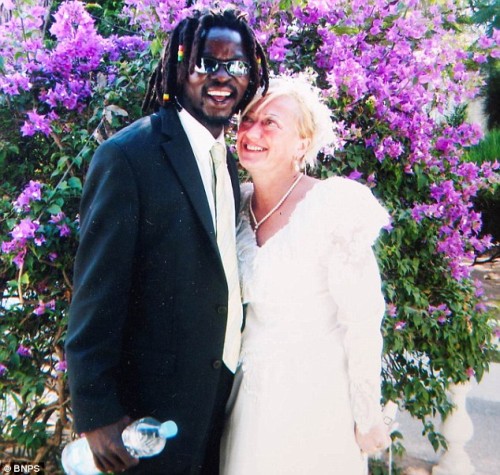 She said the romance didn’t last long. We spent the whole of our honeymoon filling in visa applications,’ As soon as the black African was granted indefinite leave to stay, he did a runner.

Australia’s Immigration Minister Peter Dutton says “contrived marriages” are on the rise in Australia.  “Last year, my department identified an increase in the number of allegations relating to the facilitating of contrived marriages,” he said.

Australia’s welfare bill is expected to balloon by close to $40 billion over the forward estimates, from $150 billion to almost $190 billion.  Eight out of 10 Australian taxpayers are needed just to cover the national welfare bill

After decades of the rort, the Liberal Government is saying it is finally going to do something about it, some time in the future.  Those found to have defrauded the system face losing their visa, being forced to pay back the money and criminal charges, according to Dutton.

Last year the government cracked down on the $16 billion Disability Support Pension rort, (mainly by immigrants) ordering new applicants to see a Commonwealth appointed doctor to determine if they were eligible for the welfare.

Foreigners can rort the system it two ways.

Australia’s Prospective Marriage Visa (subclass 300) is open to foreigners to come to Australia to marry.   All you need to do is find a willing participant – clearly someone who has the same intention to live in Australia.  At present it has to be a different sex, but if the Labor Party and The Greens have their deviant way, anything with two legs will do.

It is a temporary visa for nine months. You must be outside Australia when you lodge your application and when the visa is granted. You can have the wedding in any country: the wedding does not even need to be in Australia.   So you can do it in Africa or China, anywhere and you can become an Aussie for free.

The only conditions are:

It can even be one of those backward foreign arranged marriages, no worries.

But if you don’t want to scam the system yet don’t want to get married to anyone, or you are a foreign homosexual or a transvestite, no worries! Australia has another pathway for you to sneak into the country.

It’s called a Partner Visa (subclasses 820 and 801).  This visa allows the spouse or de facto partner of an Australian citizen, permanent resident or eligible New Zealand citizen to live in Australia. ​

The Partner visa (subclass 820) lets you:

At present, underage, polygamous and same-sex marriages are not legal in Australia, but some keep trying.

Australia has distinguished itself within the Anglosphere for recently adopting a relatively rational immigration policy, including actively preventing seaborne migrants from entering the country. Naturally, Third Worlders who want to enter the country are exploring other options, including exploiting the collapse of traditional values among certain women.

Mass immigration is often defended in moralistic terms. In actuality, it seems like illegal immigration is enabled by the worst impulses among us, including greed, cynicism, and hypocrisy. Religious organizations that lecture us on the moral imperative to bring in more migrants are actually doing it for the money. Politicians like Harry Reid who once recognized the harmful effects of mass immigration on the country now support it precisely because it imports masses of helpless dependents who will eternally vote for more welfare and income redistribution.

And here, because of a well-meaning rule designed to help those in “love,” cynical men and women casually blaspheme the once sacred ceremony of marriage for money and then pretend they had no idea what was going on.

Mass immigration isn’t just a cause of a nation’s collapse. It’s an indicator the rot has already set in.