Australian families are selling the inherited farm because the Australian Government is favouring foreign multinationals to profit over local Australian rural agribusinesses.

Chinese, Korean, Indian, US, Canadian, Arabian and Swiss interests are buying up multiple agricultural properties across Australia, some for coal seam gas rights, despite Australian family farms calling for the federal government to intervene.

Farmer Peter Morton and his sons Gregory and Brad are the forgotten voice in the debate about foreign ownership, which is becoming louder since US company Archer Daniels Midland has made a $3.4 billion bid for Australia’s biggest agribusiness, GrainCorp.

And Cargill Corp in the US, also owns Graincorp’s main rival, AWB (the Australian Wheat Board) meaning foreign multinationals now ride on the Australian sheeps’ back. 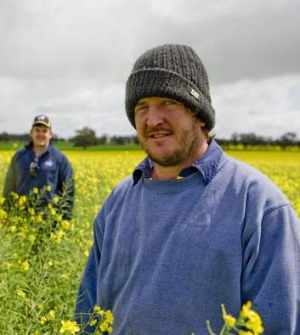 Farmer Peter Morton said foreigners are buying local farms and dictating terms of trade. Their quest for land had forced up the price around Stockinbingal to a point where many family farmers could not afford to buy out neighbours when they retired.

”It is going to ruin small farms. Between here, Barmedman, Quandialla, you are talking 150,000 acres – 10 years ago it was owned by families. Today it isn’t. It is owned by two or three companies,” Mr Morton said.

Gregory Morton, 27, wants to lease land to start on his own but Brad, 19, doesn’t want a farm because of the financial risk of grain trading with multinationals.

Mr Morton recalls a foreign buyer last year who said he had $15 million to spend if anyone was interested.

A neighbour, John Harper, is bewildered that foreigners see more value in GrainCorp than Australians do. ”That’s why we have all this angst.

There’s all the great characteristics of being an Aussie farmer in rural Australia but there is no incentive, no security.”

The Nationals oppose the sale but Prime Minister Tony Abbott has made it clear he wants more foreign investment.

Peter O’Connor, a broadacre farmer at Harden says, ”The horse bolted many years ago when farmers sold GrainCorp and floated it on the sharemarket.”

Ningbo Dairy, which runs 20,000 cows on 30 farms in China’s coastal Zhejiang province, south of Shanghai, has already spent more than $15 million buying and improving three farms in Victoria’s verdant South Gippsland region. It has further well-advanced plans — and cash — to buy more farms in Gippsland and northern NSW, to increase its herd from 550 to 2500 cows and to build its own $6 million fresh milk processing plant on its 280ha Glenview Farm at Kernot. 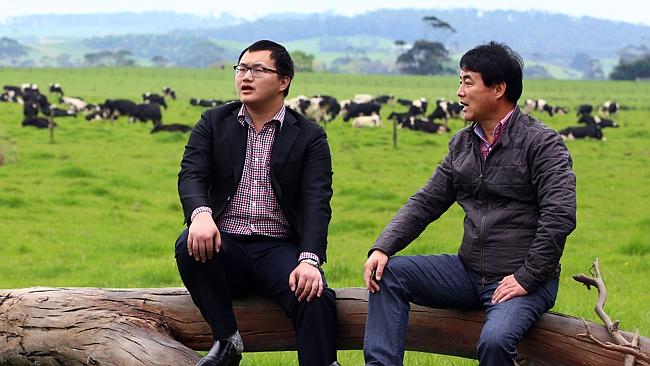 “Our Chinese need more milk and this farm will supply them.”

Ningbo says that to produce as much fresh milk as it would like to fly to China from its Victorian farms, profitably and rapidly, it needs to bring in Chinese employees, fast-track construction of a new milk processing plant and cut through government red tape. 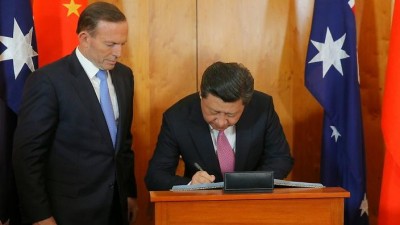 Tony Abbott:  “Sign quick before the Nationals find out.“