Our candidate for western Sydney Seat of Lindsay, Jim Saleam took to the hustings yesterday, getting in early to meet and greet the small business owners of St Marys.

Yet, neither he nor his campaign guru could find more than a handful of shops owned or run by Aussies out of the many they visited. 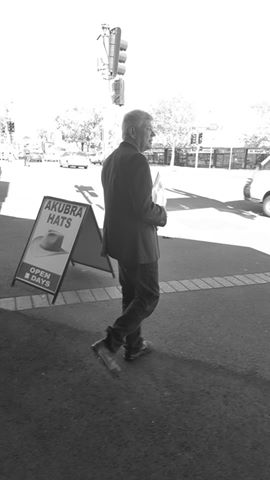 Given the nature of the 2016 Lindsay Campaign it is quite telling when two of the few White Australian store owners of all those approached by Jim Saleam seized on the message in the campaign flyers like water at the end of a long and arduous mirage on a desert horizon.

They took a brief scan of the flyer and said, “YES! WE WILL VOTE FOR THAT!”

It is not hard to understand that sentiment when you tread in a suburb where major settlement of our replacement population is taking place.

Chatting briefly to a local, we learned too that it is not considered safe for anyone with White skin to hang around that part of the neighbourhood after dark; an intolerable situation if true. 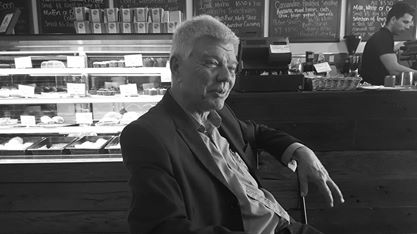 Commenting on this cultural alienation that has flourished under the Liberals, and which is only the tip of a frightening diversity iceberg, a random citizen remarked after a brief chat, “The worst thing is that with all of these refugees and everyone taking over the area, I feel lost… like my pursuit of happiness is being daunted by this unnecessary demographic change being forced on us.”

Candidate Jim Saleam listened to these words with deep empathy and understanding. 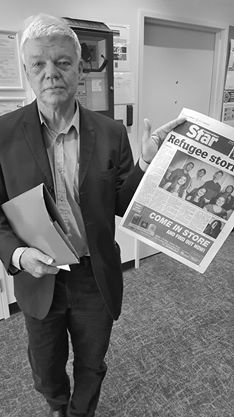 It is a sense of estrangement mixed with the hard monetary worries faced by all those battlers being made to compete with foreign workers on their own shores.  It is the lengthening of the job queues thanks to the Liberals’ new arrivals of 457 workers; the burden on the Aussie renter caused by unchecked Chinese property investors; and the jiggling for space because of an infinity diversity quota thanks to globalism.

Yes, you can understand the alienation. While ‘today’ is a blur and tomorrow too problematic to think about, the sense overall is one of abandonment by the government, which only ever engaged with the voter for purposes of being elected so that all these strangers from alien places can benefit the most.

In this paradise for spivs and traitors the only possible choice a concerned Aussie could make at the polling booth is for a nationalist.

Because very shortly there won’t be much that is recognisable as Australia left to tussle over. By that stage, the liars of the traitor class will have retired somewhere.  They will be unhampered by this beast called ‘diversity‘ that they unleashed on the people whose interests they were elected to represent, but whom they sold out for self-interest and personal gain.