According to The Sydney Morning Herald (August 7, 2015), Sydney’s inner-west efnic enclave of Auburn is a “demographic hotspot”.

Friggen politically correct understatement or what?

If Sydney has a transit lounge, it is Auburn. Violent efnic crime has made Auburn a ‘no go zone’ for White Australians without a loaded 12 gauge. 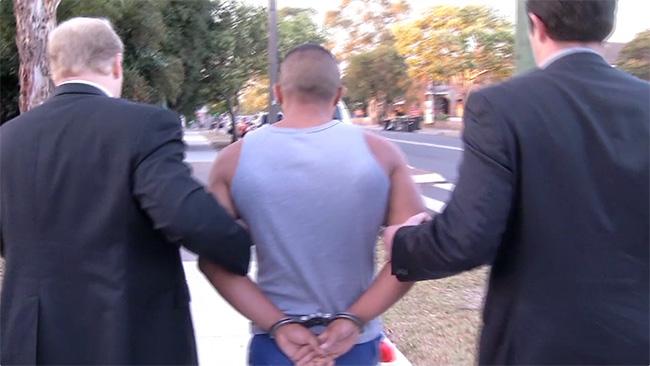 Auburn has become the top suburb in Australia for women bashed and murdered by their efnic husbands and partners.  If there is a concentration of infected multicultist boil on the back of Australia, it is efnic Auburn. 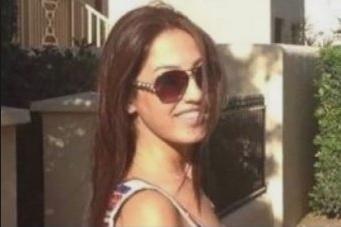 Apprentice hairdresser, Leila Alavi (26) found in an underground car park at an Auburn shopping centre, stabbed to death with scissors by her estranged husband, Mokhtar Hosseiniamraei (33) – a full-blown uxoricide by an Islamic Arab.

That diverse neighbourhood 19 kilometres west of the CBD has Sydney’s highest rate of immigrant breeding because it is the most popular destinations in the city for overseas migrants. 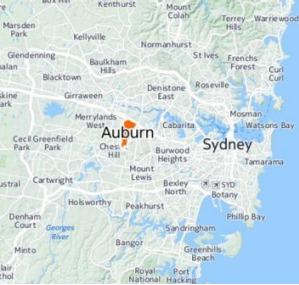 Location of uxoricide Auburn in Sydney

But then more people move on from Auburn than just about anywhere else in Sydney.  It is a case of new waves of efnics kicking out old efnics.  Currently, the Islamics are moving in on the Asians.  Traditional Aussie diggers who built the place, have long escaped up to the Central Coast. The smell was becoming rancid. 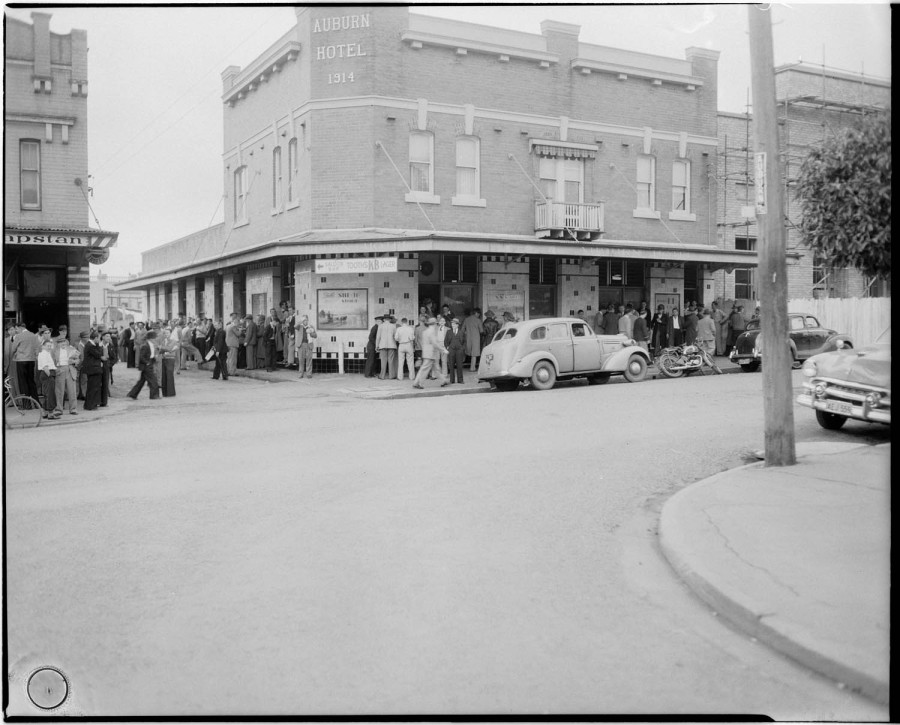 When Auburn was White

Analysis by the Bureau of Statistics shows the area’s net population loss from internal migration – when people relocated within Australia – totalled 7800 between 2006 and 2014.

Only Lakemba and the CBD had greater losses due to efnic mandatory breeding in that period.

“Auburn ranks among the highest in the three main components that drive population growth, but they pull in different directions,” said Bureau of Statistics demographer Andrew Howe. “It’s a real demographic hotspot.”

The movement of people in an out of Auburn isn’t the only factor that sets it apart. 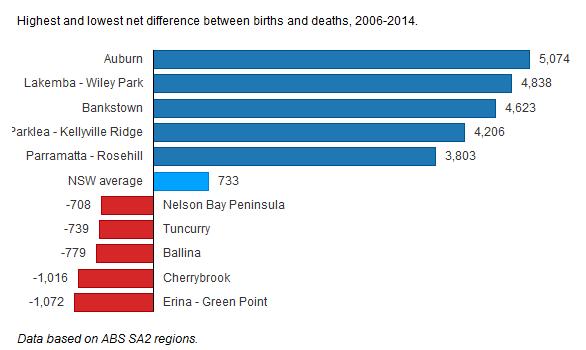 The last Census showed 90 per cent of those living in the Auburn local government area had at least one parent born overseas, the highest proportion in Australia.

The share of Auburn families speaking two or more languages at home is almost four times the state average. They either speak Chinese, Vietnamese or Arabic, but can any count to ten in Engrish?

The arrival of migrants like Bing Chen is the key factor in Auburn’s unique demographic profile. She moved there soon after arriving from China six years ago because rents were affordable.  The NSW Housing Commission pre-selected efnics over local Aussies under its New Ghetto Programme.

Ms Chen, who now has three young children, spoke little Engrish when she arrived but knew the presence of a large Chinese community in the suburb would help her settle in.

“I had many friends in Auburn and they always helped me whenever I needed it,” Ms Chen (33) said. She has found living in Auburn helpful because of local services targeting new migrants and their children, such as the English language class she now attends. No-one speaks Aussie.

It’s great, just like being back in my commo home country!

“I mainly have Chinese friends, but after I go to school and improve my Engrish I will make more friends who I can talk to in Engrish,” she said. “I don’t have any plans to leave here now, I’m settled here.”  Lot’s of babies too!

Auburn Diversity Services manager Justin Han said the array of settlement programs offered in the area were a major attraction to overseas migrants.

“There are classes and activities, services run by different communities as well as mainstream organisations,” he said. But once new migrants had adjusted to life in Australia they often moved elsewhere for work, or to be near bigger populations from their background, Mr Han said.

Former Auburn mayor and independent councillor Le Lam, who has lived in Auburn since arriving in Australian in 1988, said soaring property prices had driven people from the area.

“Auburn used to be a very cheap place to live but the property value has increased dramatically,” Clr Lam said.

It is a case of new cashed up foreigners pushing out the second generation foreigners.  Aussies have suffered this before, following the Aborigines.

“I think many migrants move on to Blacktown, Mount Druitt, St Marys and Penrith to buy homes because the property value is so much cheaper.”

Mohammed Al Zoubi and his family lived in Auburn for a decade after they arrived in Australia from Jordan but moved to Bankstown earlier this year because rents were cheaper. (Yeah sure.  It was really to be closer to Lakemba Mosque).

He said the Gallipoli Mosque, used by thousands of worshippers every week, was a key reason why Muslim migrants chose to first settle in Auburn.

“It was helpful to be in Auburn in the beginning,” said Mr Al Zoubi, president of the Auburn Islamic Community Centre.

The bureau’s analysis showed Auburn lost a net total of 7800 people to internal migration (when people move within Australia) between 2006 and 2014. But that outflow of residents was largely offset by Auburn’s high rate of natural population increase.

Births outnumbered deaths by 5100 in the neighbourhood between 2006 and 2014, the highest natural population increase of any comparable statistical region in Sydney. One reason for this is Auburn’s relatively high proportion of women of prime child-bearing age. Nearly 31 per cent of Auburn’s population is aged between 20 and 35, way above the state’s average of 20.1 per cent.

Auburn was the third most popular destination in Sydney for overseas migrants between 2006 and 2014 with a net increase of 8500.

Census data shows that the proportion of Auburn’s population born overseas has risen from 28 per cent to 65 per cent over the past forty years. In 1971, the most common place of birth for Auburn residents, other than Australia, was England followed by Yugoslavia. Now it is China followed by Turkey. 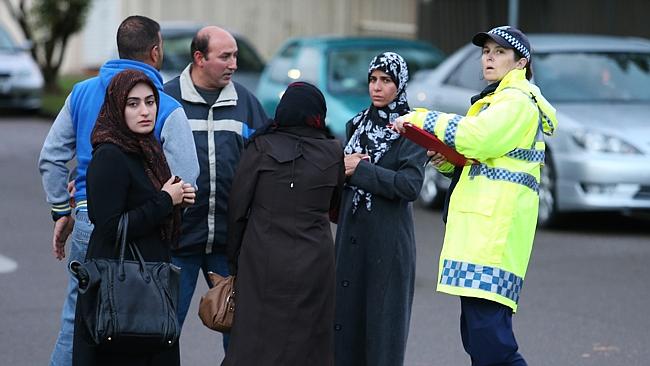 Systemic uxoricide unknown and so out of control