Malaysian and Chinese asylum-seekers are flying into Australia in their thousands pretending to be tourists and upon lobbing then running out of dosh, they run straight to their compatriot migration agent to claim fake asylum to leech Aussie good life.

And guess who’s in power in Canberra running Immigration? 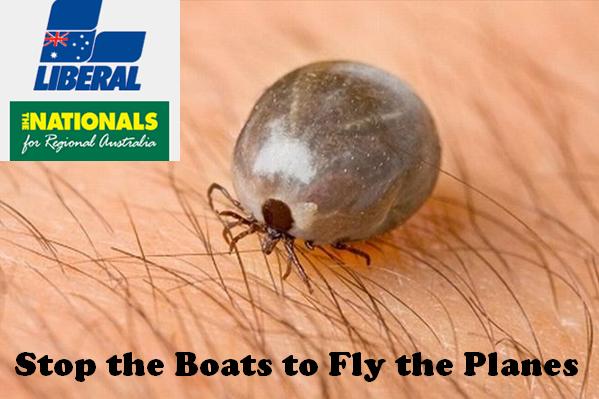 The mass immigration scam is up their with boat smugglers, yet leftist boffins in the Canberran sheltered workshop have ETA (Electronic Travel Authority) visas to facilitate illegal immigration into Australia by plane. 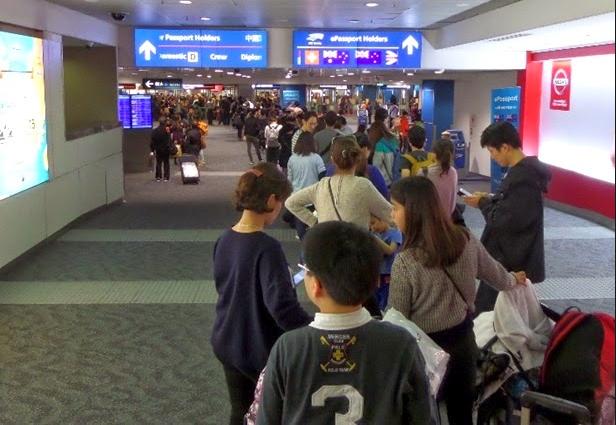 Stop the Boats to fly the Planes

Australia introduced its Electronic Travel Authority (ETA) visa scheme to authorize foreigners from over 50 countries to travel into Australia for short-term stays for tourism or business for up to three months.  It has long been abused as thousands simply over stay their visas and then claim fake asylum.   It needs to be immediately scrapped.

Australia’s Department of Home Affairs statistics reveal that the flood of fake asylum-seekers arriving by plane is soaring, growing to more than 27,000 in 2017-18 under Turncoat’s ‘moderates’.  This well exceeds Greens-Labor’s 18,365 asylum-seekers who arrived by boat at the peak of the refugee crisis.

Statistics confirm that 64,362 mainly Asian types landed in Australia by plane and lodged fake refugee claims in the four financial years to 2017-18.

Guess who is facilitating the slanty eyes and kebab munchers in? 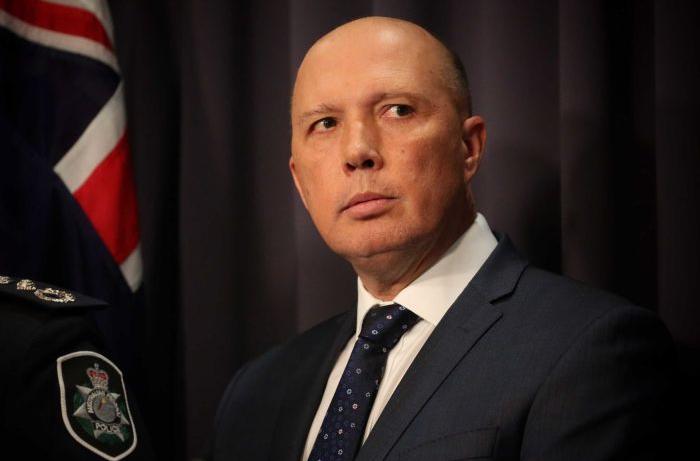 So fake asylum seekers (economic welfare seekers) have abandoned the boats to fly the planes illegally into Australia.

Bill Shorten yesterday attacked Home Affairs Minister Peter Dutton and his department for failing to stop asylum-seekers at the border.  “When will this minister take responsibility?” the Labor leader said. “Maybe we wouldn’t have 64,000 people coming here by plane and then getting off the plane and saying, ‘Surprise, I want to claim asylum’.” 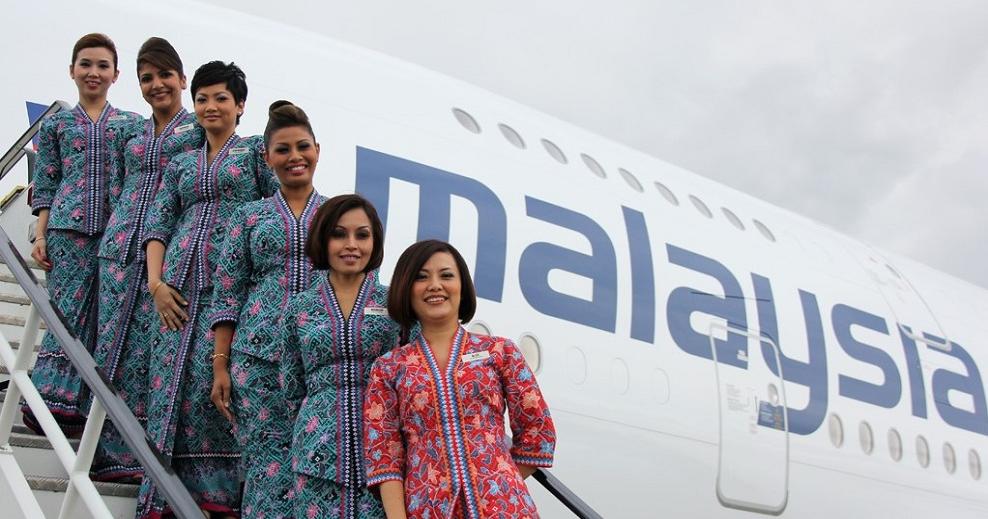 The latest trend for Malaysians, Chinese, Indians and other non-Whites is to fly into Australia posing as tourists and then claim refugee status.
The Australian reports that Home Affairs figures show that there is a gargantuan increase in the number of asylum seekers arriving in Australia by plane, a figure of 27,000 in 2017-18 compared with those that took to the briny in leaky boats estimated at 18,325 during the pinnacle of the Labor-created ‘refugee crisis’.

The stats reveal that airborne parasites seeking bogus asylum amounted to 64,362 claims lodged in the four financial years to 2017-18.   Without breaking down each period, which you can read in the article, we’ll cut to naming the races trying to fudge their way into Oz on the back of the cry-baby refugee status. The biggest batch of claimants between 2017-18 were Malaysians (9319), Chinese (9315), Indians (1529), Vietnamese (764) and Pakistanis (589).

The issue becomes farcical as the election looms with Bill Shorten, leader of the party most likely to open the floodgates to anyone with non-White skin claiming persecution, trying the old switcheroo on Home Affairs Minister Peter Dutton by attacking his department as proving weak for failing to stop asylum seekers at the border.

As much as there is a touch of truth to that, it’s kind of ridiculous to assume that anyone can predict tourists will suddenly lodge asylum applications, however, under a White Australia policy advocated by Nationalists there’d be no worries at all since there’d be no grounds whatsoever to admit them as anything other than tourists on limited visas. And we imagine by then Australia will not be a destination that they’d feel too comfortable travelling to.

Peter:  “Someone is coaching and facilitating these people. Are paid immigration agents encouraging these people to enter Australia while falsely representing themselves as tourists, then helping them to prepare and submit their claims for protection? Or are there knowledgeable facilitators within Australian ethic communities instructing them? If so, it is in my personal opinion abetting the commission of a fraud, and there should be laws and penalties put in place to stop it.”

Max:  “Why are these people being given visas to enter Australia so easily?  There needs to be a very significant surcharge on, and far more scrutiny of, visa applications of any sort from people from China and Malaysia and from any other country that seems to provide ‘asylum seekers’ to airlines that traffic these individuals to Australia. And certainly no on-line visa issuance.
Look for the pattern of supply and attack it.
Which airlines are the main transporters of these “asylum seekers”?
To which age/religious/sex/geographical/occupational etc group/groups do these “asylum seekers” belong?

There needs to be significant fines/”asylum seeker” that each airline transports to Australia – sufficient to act as a spur to airlines to tighten their scrutiny of their wannabe passengers.

There has to be some mechanism open to the feds to close down this trafficker supply chain of airborne “boat people” so that Australian taxpayers’ money can, at last, be spent on providing infrastructure and services to the people who cannot avoid paying it – Australian taxpayers!”

Rowena:  “When will Bill Shorten and the Labor/Greens show the same compassion for the 1 in 6 Australian children living in poverty. Or the kids in the north who are abused, or the elderly Australians who can’t afford the high rents, high electricity costs and water costs, young girls in western Sydney who have been gang raped. Why don’t Australians matter?”

Des:   “Stop this nonsense now.  A non Australian citizen that enters our country by any means must have a valid return ticket to their country of origin.  If a person applies for asylum and are refused by the authorities then that’s the end of the process.  No appeals just send them back on their valid return ticket.”

Ginny:  “I wonder how all those Commonwealth athletes are going with their refugee claims?”

P:  “Should be a 100% rejection: false statement on visa application.” 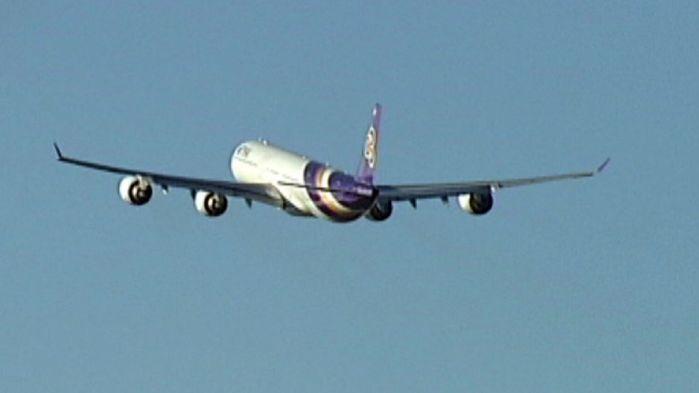 Australia needs a steady stream of these departing full and one way – out!