Last Wednesday’s public forum in the New South Wales regional town of Young in the state electorate of Cootamundra, Australia First’s candidate Dr Jim Saleam said all power should be “nationalised into one single authority”. 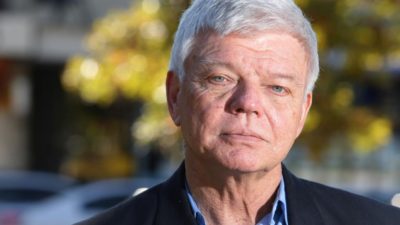 The joint globalist policies of Greens-Labor and Liberals-Nationals alike have since 1999 democratically de-regulated and sold off Australian public owned energy assets to private enterprise, largely to foreign multinationals.

It’s a ‘Unity Ticket‘ of anti-Australian globalist policy.  It sets these four parties to be as indistinguishable as the swinging side-benchers.

Where is patriotism in our Australian Parliament? In 2001, PM Howard’s Liberal-Nationals in national government, conjured an artificial trading scheme dubbed ‘Renewable Energy Targets’ (RET).  It was falsely designed to loot the public for the benefit of privatisation under the falsely promised cutting red tape and promoting efficiency to serve the United Nation’s (UN) latest globalist One World (give us ya bitcoin) mantra.

The 1973 Oil Crisis by Arabs in the Middle East pissed off by Israel, drew in leftists to invent fabricated alarmist theories like ‘Peak Oil’, and ‘The Greenhouse Effect’ caused by apparent ozone depletion by chlorofluorocarbons.  UN propaganda focus groups morphed this into ‘Global Warming’. But after 2014, snow storms undermined the ‘global warming’ as old testament.  So they to retain scientological legitimacy they just rebranded the UN Armageddon theory as less alarmist in their new testament of ‘Climate Change’.  Read More

Neo-Liberal Free market theory is about allowing a free-for-all for big business to rule and control markets.  corporate motives are driven by profit and shareholder return.  The promise of price saving was a lie.

So why do subsequent generations of families of hard-working First World Australian’s now be extorted by some of the highest prices in the world for electricity, gas, heating? Despite Australia’s abundant natural resources of black and brown coal, natural gas, oil reserves, uranium deposits, and even wind and sun, Australia’s cost of living is unaffordable to Ordinary Australians dude to the artificially high energy prices.  Australian industry and manufacturing which should have an international competitive advantage because of our readily available low-cost energy options in abundance.  But instead they are being priced out of the market because of inflated energy prices imposed by greedy self-interested multinationals and because of ideologically globalist subsidies mandated to artificially prop up operators of renewables (wind, solar and marginal battery storage).

Australia has no regulation to mandate reserve power for households and industry.  This is not just government gross incompetence but treasonous.

If you want to undermine a wealthy rich nation then this is how you do it – flog off its assets to foreign interests and encourage de-industrialisation and the nation’s global dependency on foreign suppliers. Companies like Woodside, Origin and Santos and their foreign partners merely have bought the right to exploit those gas reserves, which was supposed to lead to massive benefits for Ordinary Australians.

It’s the same outcome as what the anarcho-Communists ultimately seek as part of their One World globalist vision to remove national borders.

In Young, the public gallery erupted in applause when one resident asked the candidates what they’d do about “choking” energy prices. 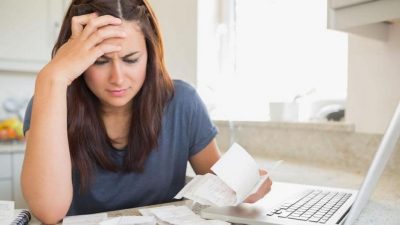 The leftist Greens-Labor Coalition are ideologically deluded by Climate Scientology.  Their auto-response is to ban coal-fired power even if it means widespread blackouts, to ban petrol and to mandate Ordinary Australians switch to exorbitant electric cars costing $70,000 and to push for more dodgy Chinese solar panels on every home roof. Within the next four years, Australia will overtake Qatar as the world’s biggest supplier of gas. We are sitting on vast gas reserves. In fact, we’re swimming in the stuff.   And yet, we face critical shortages at home which could starve manufacturers of fuel, suffer unnecessary power outages across the eastern states and force energy prices through the roof while any profits that are made will be shipped offshore.

This is a public policy fail of epic proportions.

Corporate giant, AGL is set to close its coal-fired Liddell Power Station in 2022, so that its electricity supply will become scarcer and so it can raise its prices and gouge profit from Ordinary Australians.

Local household consumer advocacy group Energy Consumers Australia in 2016 reported that across Australia 160,000 households and 11,000 small businesses are forced to have their electricity disconnected each year simply because it has become unaffordable.

They are all on the globalist unity ticket, blindly committed to the United Nation’s Climate Change hoax and fraud and to adhering to some Paris agreement about subsidising renewables as if it were Catholic scriptures.  Energy Consumers Australia’s commissioned study by consulting firm KPMG found costs to government of affordability related schemes are around $820 million per year.

Blind leftist ideology of the Greens-Labor Coalition government in South Australia in 2012 shutdown Augusta’s perfectly efficient coal-fired power station Playford B Plant that was generating a reliable 240MW in electricity 365 days a year 24/7 and employing 440 local workers.  Augusta’s Thomas Playford Power Station (named after a passionate SA Premier) was commissioned in 1963 and funded by public taxes.  Government undemocratically privatised in 2006 to Alinta Energy.  Then in 2011 Greens-Labor PM Julia Gllard siphoned over $59 million out of Labor’s taxpayer Energy Security (slush) Fund, so Alinta could abandon the power station, abandon its 440 workers and deny reliable power to South Australians.

In November 2015, Alinta Energy shut down its Leigh Creek coal mine that had supplied thermal coal to the Playford B Plant, sacking 250 workers in the process.  Then in January 2018, her fellow leftists in the South Australian government blew up the power station’s smoke stack, to seal the energy fate of its voters. Gillard saw herself as a virtuous world leaders.  Virtue signalling is expensive, eh?  Centuries prior this would have been considered a siege strategy by an invading enemy.  Gillard as a sympathising traitor would have been publicly hung, drawn and quartered. After sabotaging Playford B Plant, Greens-Labor urbane elites in North Terrace were then forced to waste $400 million on emergency diesel generation, plus another $100 million on one hour batteries.

So just whose side is the Australian Government on?  The globalists or locals?  Who owns Australia’s energy reserves?  Australians!

Energy is a public good, not a commodity

Energy nationalising is vital to safeguard Australia’s society, economy and to protect our national security from foreign extortion – which is what China has started in February banning Australian coal being unloaded at its northern port of Dalian.

We presume Dutton could have reciprocated to Beijing offering that Telstra-OTC take control of a 5G network rollout across China, but copped the following Xi response.

Indeed the nationalising needs to be embedded within the Australian Constitution, so that corrupted and bribed future politicians can’t again renege on Australians by flogging our energy off ever again.

Nationalising assets is what the Liberal Party was founded to stop governments from doing. One of the great motivating factors behind the growth and the victory of Robert Menzies was in 1949 stopping the Labor Party from nationalising the banks.

‘Australian Energy’ is not a bad title for the Australian nationalised energy authority.  It would replace and be funded by the opportunity cost of immediately abolishing the:

Importantly, Australian Energy, would be a national statutory body, with no foreign or corporate connections or influences and wholly accountable to the Energy Minister.  Governance controls and an independent Energy ombudsman department would be immediately established charged with public oversight of the authority.

Australian Energy would be based strategically in each capital city, regional population centre, industrial centre and prime energy resource site around Australian and offshore within Australia’s Exclusive Economic Zone.

Just as with national security, any private ownership and/or control of Australia’s energy resources, excluding that of Australian households and of Australian businesses would become that of the Australian Government under the authority of Australian Energy.

This would include all power stations across Australia, offshore energy exploration and extraction within Australia’s Exclusive Economic Zone.

Private owners and operators would be paid out by the Australian debt recouped through a small taxpayer levy over a 50 year period, but which would be offset from much ower energy retail pricing to Australian consumers.

Other transition considerations would be worked through in a fair, reasonable and cost-effective way with the best interests ot Australia’s  energy security and of the needs of Ordinary Australians (households, businesses and industry) to guarantee permanent reliable access to affordable domestic energy options.