We await quality innovative products to appear on Australian shelves from the Asian century.

Frankly, we would prefer quality innovative products to appear on Australian shelves from local Australian manufacturers.  ‘Made in Australia’ has so much more a feel-good ring to it than ‘fully imported‘ – except if you vote Labor. 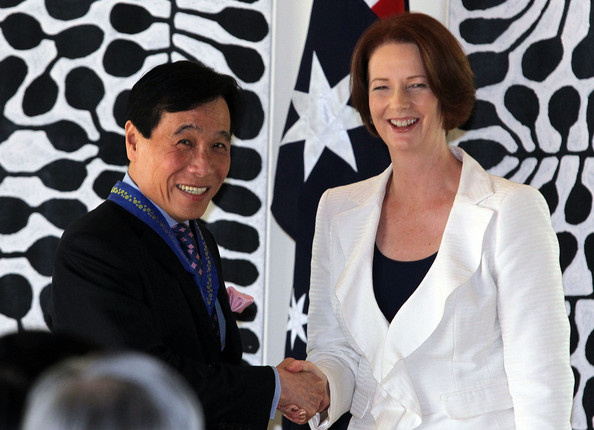 Gillard selling us out to Singapore

Labor’s Gillard puppet is happy to celebrate Australia’s trade with Singapore…“Australia’s largest trading partner in ASEAN and its fifth largest partner globally, worth about $23 billion a year in two-way trade.”

This year marks the 70th anniversary of the Battle for Singapore.  Over 1000 Australians were killed or went missing in action and more than 15,000 Australians became prisoners of war then.

All the Gillard can do is put a wreath at the Kranji War Memorial.

Gillard has KRudd disease: treason against the Australian people.

← NSW electricity price hikes due to years of Labor treasury gouging
Asian growth is all quantitative, with no social quality clue →