Marry an Arab man and don’t expect to have rights, because Islamic Muhammad sharia dictates women are inferior to men.

When one sees how the mother dresses, it is no friggen wonder. 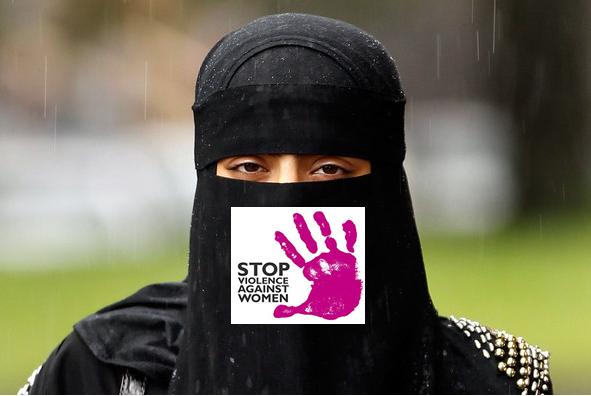 In the Islamic Arab world, Arab men are acculturated to strictly abide by Dark Ages barbaric sharia dogma from 610 AD, regarding all women as inferior to men.  So marry an Arab Muslim man and become his property, a domestic prisoner in her own home.

Quran:  “Men are in charge of women, because Allah hath made the one of them to excel the other, and because they spend of their property (for the support of women). So good women are the obedient, guarding in secret what Allah hath guarded.”

Charlie Hebdo is on to it: 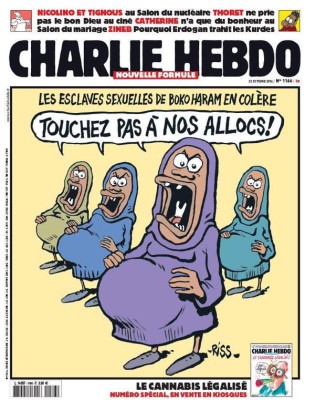 Islamic wife bashing and rape is rampant, with no recourse to any quarter for help. Arab custom dictates that women have no right to any public role in religious or political activity.  Upon the death of her husband, an Arab woman can be inherited by her son and made her son’s wife.

Gillard and Rudd Labor have let in this culturally barbaric scum, demanded they retain their customs ways and barbarism under multiculturalism and legislated under 18C that Australians be tolerant and be silent.

The Sunday Telegraph, January 19, 2015:  ‘Ex-Husband of hairdresser Leila Alavi charged over her stabbing scissors death in a fit of rage‘

“In Sydney on Saturday January 17, 2015, the ex-husband of slain hairdresser Leila Alavi pursued her after she took out an Apprehended Violence Order against him.  But he then stabbed her to death with a pair of scissors in a fit of rage, police allege. The alleged breach of an Apprehended Domestic Violence Order (AVO) that took Mokhtar Hosseiniamraei to the car park of Sydney’s ethnic Auburn Shopping Village.  Police allege Arab ethnic Mokhtar Hosseiniamraei breached the AVO held against him and stabbed Ms Alavi to death in the shopping centre car park. He faces charges of murder and breaching the AVO.   His family revealed his 26-year-old ex wife had lived in a women’s refuge in recent months.

Mokhtar Hosseiniamraei has been charged with causing malicious damage and engaging in offensive behaviour towards Ms Alavi’s sister on December 15 and was formally denied bail in a brief hearing at Parramatta court.

Ms Cinar supported Ms Alavi as a witness in her Apprehended Domestic Violence Order against Mokhtar Hosseiniamraei.  (With a name like this he should have been auto-screened by Australian Customs).

But in documents tendered to court, their relationship was laid bare. “The accused has shown a propensity for anger and being unable to control that anger,” police said in giving reasons on why they opposed bail.

“It is alleged that the accused has physically assaulted his wife in the past, with incidents not reported.” 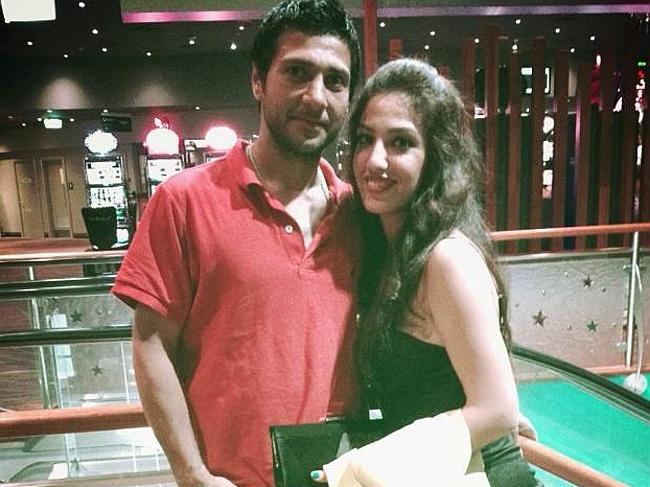 Arab import, Mokhtar Hosseini (left), before he jihadied on his own wife (right) in an ethnic Sydney carpark last Saturday. (allegedly)