We are advised that one Antifa activist is due to stand trial soon on charges of affray and assault.

The matters arise from an Australia First Party meeting held in Sydney on July 24, 2014.

Our Party held a meeting on the Overseas Student Program at its offices in Tempe. A counter protest of some forty ‘anti racists’ and Antifa activists appeared.

At a certain point a person was assaulted on his way to the meeting. He was not part of Australia First, but just a curious student.

The case against the Antifa activist will be significant for Anarchism-spotters. Coming on top of the arrests eight days ago of a number of Antifa activists after an assault at the home of an anti Islamism activist and assaults on police, the Antifa movement has sustained ‘casualties’.

Might that be why a prominent Antifa activist, present during the wild scenes eight days back, is now trying to recruit certain young Africans living in Sydney’s ‘Newtown’ area? Are they to be fueled up on tales of ‘racism’ and a little Ice? 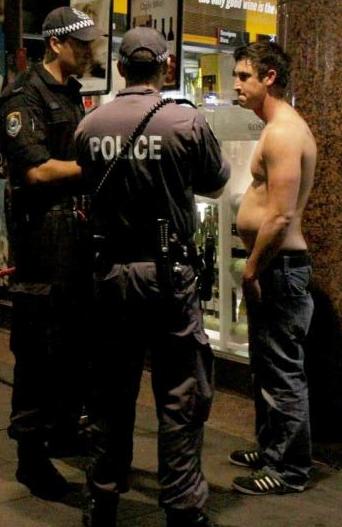