by Peter Hanson (and Jim Saleam)…

“Once again, the hints amass themselves.

The Antifa movement, along with its attendant Trotskyite allies, have state links.

The latest set of state-fingerprints to appear on Antifa were revealed in the usual hysterics that ‘Andy’ Hutchings (aka Slackbastard) registers whenever someone probes or prods him. 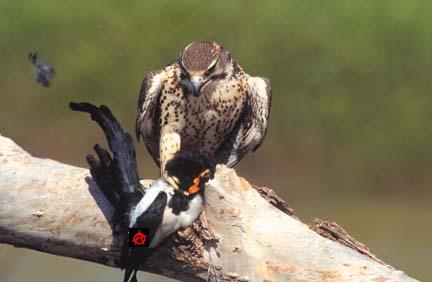 Round 14 continues the hoodoo

So it was when Neil Erikson of the United Patriots’ Front (UPF) published last week a video which purported to politically link ALP parliamentarian Tanya Plibersek with Alex Gollan, accused-paedophile. Slackbastard ranted and raved and swore. Does the screaming suggest some fire in the smoke!? Why would an anarchist leap up to defend a politician with an army of lawyers at her command?

Certainly, Gollan whose Anti Bogan website made him a hero to Antifa was / is a close friend of Slackbastard. Gollan outed himself in November 2014 as an informant for the Federal Police’s political section whilst making his written defence to the paedophile charges. Not good, if one is a self-proclaimed revolutionary like ‘Andy’ Hutchings. Did he not break with this ‘agent’? Not at all, he still calls him friend.

And the plot thickens.

Onto Slackbastard’s Facebook page on July 3 came Mark Goodkamp to enquire as to “how Alex fared in court”. How considerate. Goodkamp has had a friendly relationship with Gollan as Slackbastard does and all participate in pro refugee activism as well as the usual ‘anti fascism’.

So who is Mark Goodkamp? A teacher, a member of the Trotskyite sect ‘Solidarity’ and a militant with the Refugee Action Coalition. As a good Trotskyite, Goodkamp believes in opening the borders of every Western nation to the Third World.

However, Goodkamp has a strange connection – a Dr. John Casey, a part of the political-police apparatus in Australia and in Europe, a thinker’ who has written on how to create better policing in a multicultural society and who has been received at the highest levels. Not only that, Casey has worked closely with the ANZ Bank in developing the open borders / free movement of labour principles which now grip globalist capitalism.
The Goodkamp-Casey link shows us that globalist capitalist and Trotskyite communist get on just fine, and if one is a political-policeman – even better.

Does Slackbastard know all this? Well, of course. The whole mix just goes around in those circles that draw the point. Gollan – political police pimp. Goodkamp, well bonded with a theorist for political policing.

Does it mean, if Antifa draws its inspiration from guru handy andy, that it is a fraud constructed for useful idiots?

Slackbastard’s code:   “Tool of the state, not me; Ize a revolooshinree”.

For the whole story on Mark Goodkamp and John Casey:
http://home.alphalink.com.au/~radnat/politicalpolice.html