An Antifa gang of five or six persons, including possibly two women and an African, assaulted a woman and a youth on a polling booth at Marrickville West Public School, in inner Sydney.

At about 12.45 pm today, the two workers were quietly handing out how to vote cards for the Australia First Party candidate for Marrickville Council Jim Saleam, at different sides of a school, when the gang suddenly appeared.

The woman was attacked first, but she stood her ground; some blows were exchanged and the gang fled. Some minutes later, they appeared on the other side of the school. They moved on the youth quickly grabbing his papers and dealing blows. He was unable to successfully fight back and was pushed to the ground. He was kicked and sustained leg injuries and blood was drawn. Had it not been for the intervention of a polling booth worker for the Greens, he may well have sustained very serious further injuries.

This assault took place in front of at least six witnesses from different parties and was filmed by CCTV.

The attackers fled in a car. It is understood that a plate was taken. Most attackers wore the traditional black clothing of anarchism and Antifa. 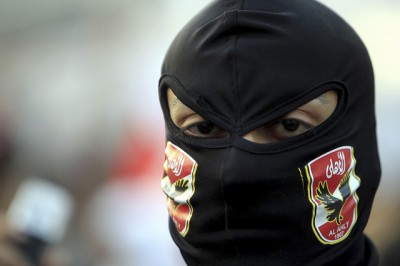 “There is every reason to believe that the offenders are known. I have some reason to believe that I have seen some of them and may have had dialogue with a few two months ago when a malicious damage attack and assault was carried out at the Australia First premises in Tempe. This current assault is a serious political miscalculation on the part of the drug-hyped soldiers of Antifa.”

After having his leg attended to by a Labor booth attendant and following an inspection by ambulance officers, the young man returned to handing out how to vote cards. The woman had already returned to their duties.

About ninety minutes later two persons stole an Australia First sign off a fence at another school in Dulwich Hill and an African person was observed in a car nearby. Descriptions seem to tally.

Australia First Party thanks those who refuse to be intimated by the would-be street-heroes of anarchism. 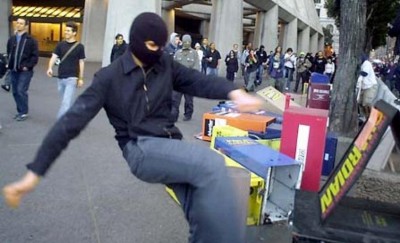