Christopher Lee, the actor who played the fictional villain, Francisco Scaramanga, in the 1974 Bond film ”The Man with the Golden Gun’, succumbed to reality this week.

Scaramanga was a man obsessed.  Raised in a travelling circus, he discovered how much he enjoyed killing people after murdering a policeman.

Certain anarchists revered Scaramanga for his narcissism and fantasized symbol of sexual prowess (third nipple power) and for doing “the odd favour” for the Chinese communist government.  If tits on a bull are useless, then his third nipple a “superfluous papilla or mammary gland” next to his left one, only emphasised his absolute uselessness. 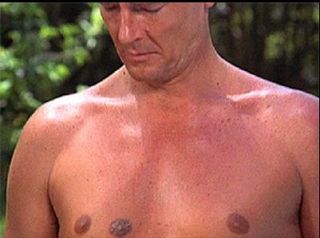 “Please be advised that I have only drunk one cup of coffee this morning and that I am still recovering from having my third nipple scratched by Bübi the cat.”

I live in Melbourne, Australia. I like anarchy. I don’t like nazis. I enjoy eating pizza and drinking beer. I barrack for the greatest football team on Earth: Collingwood Magpies. The 2015 premiership’s a cakewalk for the good old Collingwood.” 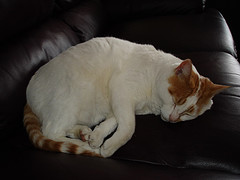