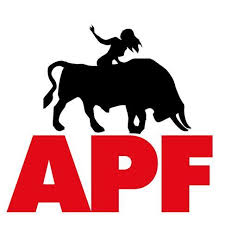 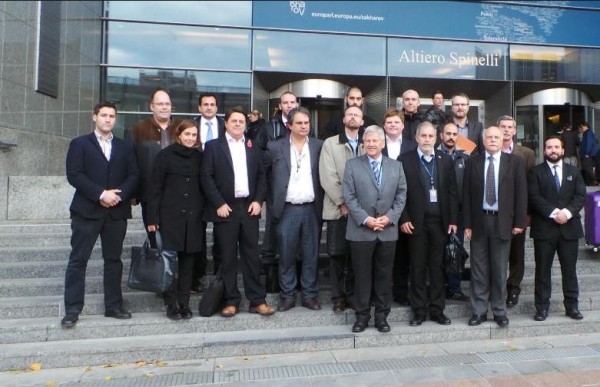 The Alliance for Peace and Freedom is a coalition of nationalist parties of Europe, founded on September 14, 2015 in response to the serious threats to European peoples from globalism, multinationals, privatisation, corrupt banking, Islamisation and mass immigration.

The Alliance for Peace and Freedom is open to all who share our values, agree to our programme and show a willingness to work constructively towards its realisation.  Together we will move the nationalist movements of Europe forward in order to become a positive force for the future.

“To us, ‘peace’ is also about the healing of divisions within our own lands and communities, with the ending of the exploitation of the productive classes by finance capitalism, and the establishment of a just society ordered according to traditional Christian and European values.

‘Freedom’ is of course about political sovereignty and breaking free from the chains of the various institutions of globalization. It is also about the freedom to be ourselves in our own lands, freedom from bondage to a fundamentally corrupt banking system and from the theft of our national common wealth through privatization.

And, to us, freedom is about free speech and freedom of association – it’s about true democracy which respects and defends freedom not just with cheap and easy words, but in reality, not just for those who say what is ‘acceptable’, but for those who dare to say what is right and true!

We oppose ‘Western’ meddling and destabilisation in the Middle East. We are against the Islamisation of Europe through mass immigration, liberal appeasement and Wahhabi petro-dollar evangelism, but we also oppose neo-con imperialism and Zionist aggression in other peoples’ countries, particularly in the ancient lands of Islam.

We speak out against sanctions against Syria and Russia; these are not only morally wrong and counter-productive, they also cost jobs and add to the impact of austerity measures imposed to make ordinary people pay the price of the Bankers’ Crisis.

Our aim is to establish and sustain an effective Alliance of Traditionalist Nationalist movements to promote the position set out in our Statement of Principles.”

The Alliance for Peace and Freedom seeks to promote tradition-based patriotism. To that end, as a Pan-European level Political Party, we will work together on that basis for the following objectives:

► We stand for a Europe of sovereign nations in which the independent states work together on a confederated basis to address the great challenges of our time and to protect, celebrate and promote our common Christian values and European cultural heritage.

► We seek to address the democratic deficit within the existing structures of the EU by providing an effective voice for the large numbers of citizens, particularly young people, at present alienated from the democratic process. We stand for a revival of popular involvement in decision-making and for the elimination of corruption and the influence of money and the corporate media from our political institutions.

► We aim to help families, law-abiding citizens, young people and unemployed often treated as second class citizens with the voices and organisational lead they need to assert their rights

► Staunch supporters of the fundamental human right to a peaceful life with a decent standard of living in one’s own homeland, we are opposed to mass immigration which often results in discrimination and inequality – afflicting both immigrants and indigenous citizens – within the host nations. We are committed to providing the leadership and education required by the Youth of Europe to resist the destruction of our traditional values and consequently of peoples and cultures.

► Recognising that our diverse nations are each an extended family, we stand for the right and primary duty of each national government to act as a father to its nation and in particular to defend the people and their common wealth and heritage from the injustices and exploitation caused by the ‘logic’ of the market and the corruption of politicians and elites.

► We stand in particular for Peace and to expose and oppose the attempts to jeopardize peace and create unnecessary hostility towards the eastern half of European civilisation. While we recognise that there are a number of unresolved historical disputes between various European nations, we are determined that these should be resolved through negotiation and compromise, rather than being exploited by external forces at the risk of increasing tensions and even war.

► In the ethical sphere, which stands above and sets the boundaries of our politics and policies, we seek to instil in to our peoples and our youth a respect for life from beginning to end and a new spirit of honesty, self-sacrifice and an ethos of service. 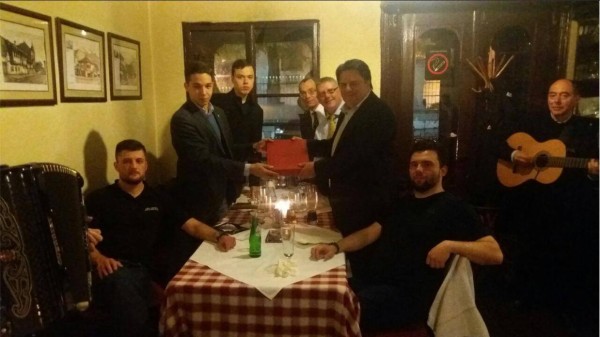 Nationalism – a resurgent grassroots movement from the towns and cities 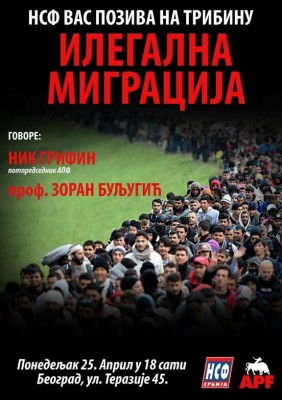 Last week was a good one for Serbian nationalists, with major electoral success and the establishment of firm and friendly links with the Alliance for Peace and Freedom.  The electoral success came in the country’s parliamentary elections, which saw the patriotic Serbian Radical Party double its share of the vote to 8.4%.  The SRP was once one of Serbia’s largest parties, but it had lost all its seats at the previous election after a split caused by an ill-conceived liberalisation move. To come back so strongly, gaining 22 MPs, is therefore a great result.

Alongside the elections-focused SRP, the newly formed Serbian National Party is making progress with street-based activities, and it was the SNP that organised the conference on the threat of immigration and Islamisation at which APF Vice-President Nick Griffin spoke just hours after the election results.

ALLIANCE FOR PEACE AND FREEDOM REACHES OUT TO SERBIAN NATIONAL FRONT 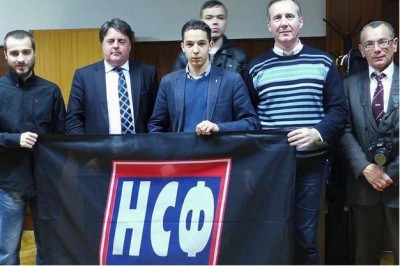 Serbia is on the front line of the immigration invasion of Europe. Serb nationalists are re-organizing as the Serb National Front.  This week, a nationalist conference in Belgrade was addressed by leaders of the Alliance For Peace And Freedom. Unity develops continually among the nationalists of many countries and within countries.

The political class has understood well that the Alliance for Peace and Freedom is the only credible force for building another Europe, based on respect for peoples, nations and identities. So they start the lying campaign to try to take away our funding… We have nothing to hide, we are ready. 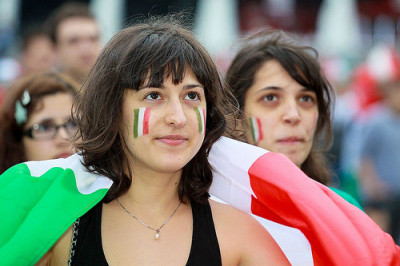