Devine’s article ‘Reverse racism is now acceptable in Australia‘ was published in Sydney’s Daily Telegraph April 2, 2017, begins…”if you don’t think that multiculturalism and the politics of identity have become instruments of division in Australia, then you need to hear Tara Coverdale’s story.”  [Except it is not reverse racism.  It is just plain racism.  Lefties are racist towards Australians, and they will pit any migrants and minorities they can con to do their bidding.] 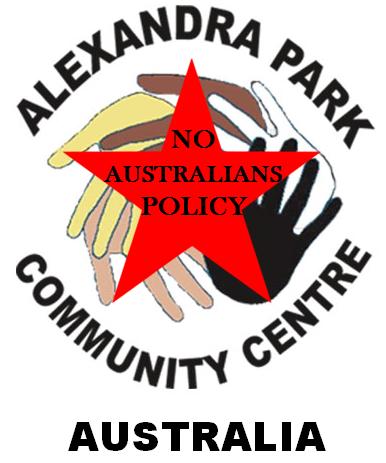 “Australian mother, Tara Coverdale, was asked to leave a playgroup (Alexandria Childcare Centre) because it was exclusively for “multicultural” mothers.

Like most mothers with young children, Coverdale enjoys opportunities to socialise with other mothers of children the same age while on maternity leave, especially in her neighbourhood in inner-city Sydney.

So when a Russian-born friend mentioned a playgroup on Thursdays, at the Alexandria Park Community Centre, she was enthusiastic.

Two weeks ago, on a humid Thursday morning, she bundled her eight-month-old baby in the pram and walked with her four-year-old son the short distance to the community centre.

When she arrived, her red-haired son raced off to play while she looked around for her friend.

That was when a staff member approached and asked if it was her first day. Coverdale thought how nice that she was so attentive.

But then the woman said: “Can I ask what your cultural background is?”

Immediately, the woman said: “I’m sorry, you can’t come here. It’s for multicultural families and people who speak languages other than English at home.”

Coverdale stood her ground: “I said ‘I’m not leaving’. My kids were playing. My older son was having such a good time with his buddy, and I thought, ‘Why should I leave?’”

But then the centre “facilitator”, aka manager, Jo Fletcher, confronted her: “Can I just ask what your cultural background is.” 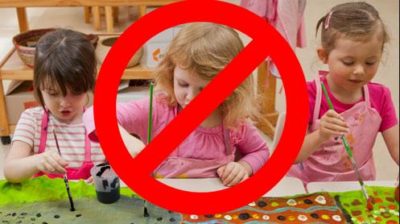 “We’re in a pretty progressive area,” says Coverdale. “It’s very accepting of all people. But I feel like I’m excluded.”

This conversation is an account from Coverdale’s recollection. Fletcher did not respond to phone calls and a text message last week, but she confirmed to the NSW Department of Education, which funds the centre, that such a conversation had taken place.

Coverdale said she tried charm in a bid to be allowed to attend the playgroup, but Fletcher insisted it was exclusively for “multicultural” mothers who “might be lonely and might want to build a network of people who speak the same language”.

Coverdale asked wouldn’t it be better for those mothers to meet someone like her, who knows a lot of people in the community.

“What if I was really lonely and I get sent away from a play group?”

Then she asked what playgroup would she be allowed to join.

“We don’t have one here for you,” said Fletcher. “You’ll have to go up to Erskineville or Newtown.”

Erskineville’s playgroup is for “Rainbow babies and kids”, and Newtown is a 30-minute walk.

The only other playgroup offered at Alexandria Park is on Wednesdays but it is reserved for “Swedish-speaking families”, according to a timetable Fletcher provided.

“We’re in a pretty progressive area,” says Coverdale. “It’s very accepting of all people. But I feel like I’m excluded.”
And she asks: “How does that help Australia help people to integrate speak English and build a life…

“I pay a lot of tax. I pay my rates. To think I’m actually not welcome is unfair.”

The other mums thought her treatment was “terrible… They think it’s a great facility and appreciate it but they don’t want to exclude people”.
While she was at the centre she saw other mothers walk in and, “they were made to feel very welcome. Because they didn’t look ‘Australian’ they didn’t even get asked about their background.”

So Coverdale and her red-haired sons were ejected from the playgroup.

Ironically enough, it was just a few days before Harmony Day, a big event at Alexandria Park, “to celebrate our country’s cultural diversity”, with a free halal beef and chicken sausage sizzle. To twist the knife a little deeper, this year’s theme was “We all belong”.

Just not if you are of “Anglo-Celtic” heritage.

Anti-Discrimination Board Acting President Elizabeth Wing confirmed on Friday that “on the face of it”, exclusion from a playgroup “on the basis of race or ethnic background… would appear to be a breach of the [anti-discrimination] act”.

After being alerted to the problem on Friday, Education Minister Rob Stokes and his department, to their credit, instructed Fletcher to allow all families to attend the playgroup.

“I was disappointed to hear that a mum and her young child felt they were not welcome… This is not acceptable. Everyone, regardless of their background, should feel included in these wonderful community activities.”

The Education Department also has “counselled the program facilitator [Fletcher] regarding the requirement of the program to be inclusive”, said a spokesman late Friday.

A good result, but Fletcher is a creature of her milieu. It is politically incorrect to say so, but anti-white racism is now acceptable in Australia, in the name of diversity and “celebrating difference”.

In the ADF, for instance, there are attempts to erase the “Anglo-Saxon” warrior culture, and a recent lamb advertisement stated there are “too many white people” on TV, and lined up caucasians sneeringly labelled “white-whites, translucent whites, beige whites, red whites, and dark whites”.

Bigotry is condoned as a corrective to so-called “white privilege”.

But reinforcing separate cultural identities inevitably leads to the balkanization of Australia and the disowning of our national identity.

Needless to say, we are seeking to obtain a photo of leftist anti-Australian bigot Jo Fletcher for appropriate posting. 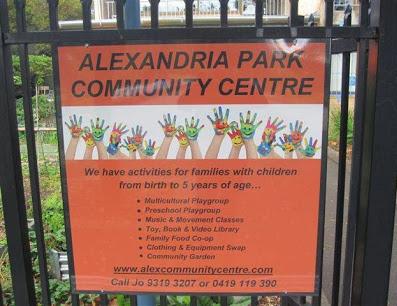 It lies within the City of Sydney Local Government Area – Sydney Mayor’s Clover Moore’s patch.   Clover Moore is a celebrated leftie, deviant, as full-blown as they come.

The centre’s co-ordinator Jo Fletcher is employed by the Sydney Local Health District which ultimately reports to New South Wales Premier Gladys Berejiklian’s Department of Health.  Joe Fletcher is contracted under the ‘Connect Redfern‘ pre-school based interagency programme funded by taxpayers.   Connect Redfern “facilitates partnerships with family support services in the local area to provide a range of free activities, programs and community events to promote healthy, happy families and give children a positive start to school. The program also aims to support families with young children and strengthen the community.”

That’s fine, but if your child is a White Australian forget it!

(9am – 11am Wednesdays)  This Playgroup is for any local family whose child is aged 3-5 years who wants to know more about Alexandria Park Community School for possible future enrolment of their child/children. (Younger siblings also welcome)

White Aussie Kids don’t even think about it! 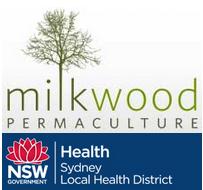 Leftist fanatics like Jo Fletcher and coven witch Clover Moore just hate Australia.  They hate Australians, Australian culture and our sovereignty.  Give them an inch and they will take a mile to wreck Australia, to invite incompatible foreigners invade in their hoards and then undermine us with multiculturalism dogma to divide and conquer Australians in our own country.

As a cult, Leftist ideology is so brainwashed, they truly believe they are “progressive”.

“Everyone is made to feel welcome in Australia…..except Australians!  We need to end this divisive, racist action where a person can’t use her local community centre, which she helps to fund, only because she’s white & Australian.  If I was this lady, I’d be calling the lawyers or in a pinch, the HR Commission.”

“Gillian Triggs and Tim Soutthpossomane should be right across this, surely..”

Well, that’s nice!  Remind me, in what is the name of this country?  And whose values are we sharing?”

“Whether multiculturalism and diversity weakens us or strengthens us or whether it unites us or divides us is in need of honest uncensored debate but those who preach tolerance would never tolerate it.  Clearly, in this country it has been way overdone to the point where we no longer know who we are or what we stand before.  We are a country demoralised by political, economic and cultural treachery.”

“This makes me sick to my stomach.  Righto Triggs, now prove that equality includes everyone!”

“Triggs would condemn the mother for complaining and accuse her of racism.”

“If you are white the HRC will not support a complaint of racism through 18C because they don’t believe white people can be offended. One rule…”

“Can someone please stop these monsters this has to stop now this has to be the most un-Aust thing I have heard stop the monster before it grows too big.” 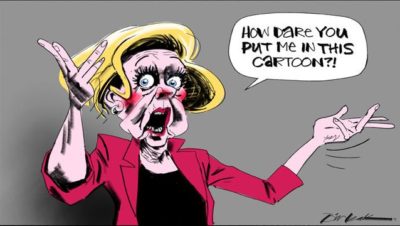 In memory of Bill Leak.