Australia’s Christian Prime Minister, Tony Abbott (a devout Catholic and dropout trainee priest), has today committed dozens of Australian RAAF F/A18 fighter jets involving 400 RAAF crew, plus 200 Army special forces ‘advisers’ (2nd Commando Regiment) to join the fight in Iraq against the Islamic State terrorist group, in an operation that could last for “many months”, but hardly ‘without warning‘.

Go forth, the 21st Western Crusade against the bearded Medieval Middle East!

ISIS is the 2014 offshoot of Al Qaeda, Taliban,  Mujahideen, Shiite (read ‘shite’), Persians, Ottomans, Saracen, Arabia, Byzantians and other disaffected desert ragheads.  These days the holy grail is to blow away the Muslim Bearded. 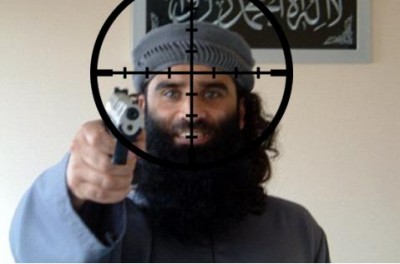 Eleven years after the 2003 invasion of Iraq, the Prime Minister has announced that within days, the RAAF will deploy to the United Arab Emirates up to eight Royal Australian Air Force F/A18 Super Hornet or “classic” Hornet combat aircraft, an E-7A Wedgetail Airborne Early Warning and Control aircraft; and a KC-30A multi-role tanker and transport aircraft. 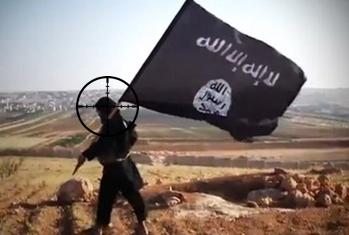 Media Release:   He said the deployment did not mean Australia was at war with anyone carrying a black ISIS flag and stressed the operation so far was “preparation and deployment”, with a decision yet to be made to send forces into action.

“But obviously that’s something we have in contemplation,” he said. One man’s war is another man’s humanitarian mission. 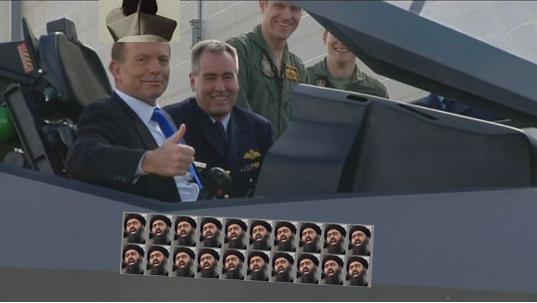 Australians, it’s time to defend our Holy Grail way of life against the Medieval muslim incursion by the Barbaric Beard of Sharia!

Clean Shaven is the new black!