United States President, Barack Hussein Obama, in October 2014, during an interview on French TV, insisted that the United States of America should be considered a “Muslim country.”  Obama claimed that because the Democrats have embraced 4.5 million immigrants who identify as Arab Muslims, then that makes the USA “one of the biggest Muslim nations” in the world.

Obama:  “The sweetest sound I know is the Muslim call to prayer; The future must not belong to those who slander the Prophet of Islam” 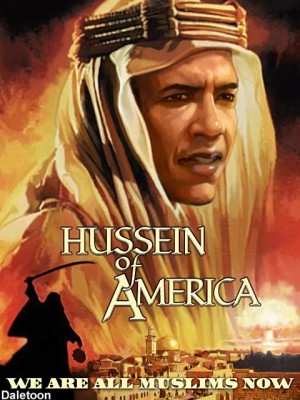 Enough of Islamic jihadist attacks on the West.  Many folks have had a gut full.

But if Western governments keep on appeasing Muslims, some folks will feel forced to take the law into their own hands.

Meet Craig Stephen Hicks (46) of the predominantly white town of Chapel Hill in Orange County, North Carolina, USA.   Not a religious man, Craig Hicks, in fact is pretty much an atheist. He’s no time for Islamics, Jews, Christians, Mormons, Buddhists, Hindus, any religion. 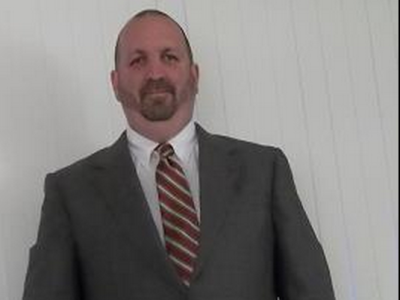 Like America’s 60-65 million registered and licenses gun owners with their 200 million firearms, Craig Hicks legally owns a firearm or two and is an advocate of the Second Amendment of the United States Constitution adopted on December 15, 1791 in the Bill of Rights. 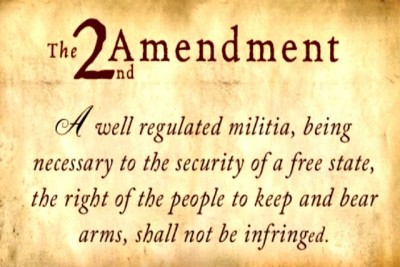 That is until February 10, 2015 when Craig Hicks shot dead Muslims who had moved in next door –  Deah Shaddy Barakat, his headscarf-wearing wife Yusor Mohammad and Yusor’s sister Razan Mohammad Abu-Salha.

Motive?  Not sure yet. Ever had a menagerie of Muslim move in next door?

Media have been quick to brand the killings a hate crime. May be Craig Hicks is just one of many emerging vigilantes who have had a gutful of Islamics invading their Western homes and neighbourhoods. Craig Hicks could now write a book before the North Carolina death penalty, perhaps entitled: ‘At least I martyred three for my stainless steel ride.’

North Carolina is experiencing changing demographics that are deeply concerning many traditional citizens. North Carolina’s quiet white community has proud heritage dating back to the Pilgrim Fathers of the 18th Century.  Its traditional settlers can be traced back to Scots-Irish, Quaker, English and German immigrants. North Carolina was the first revolutionary colony to break away from the British Empire when the Mecklenburg Declaration of Independence was signed on May 20, 1775, at its capital Charlotte. 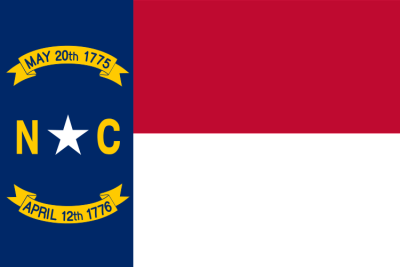 North Carolina was a black slave state and reluctantly joined the Confederacy in 1861. Post-war, frankly it ought to have repatriated the African slaves to Africa and started a clean slate.

But recent mass immigration under Obama now sees North Carolina with an African population at 22% of North Carolina’s residents, the nation’s 7th highest state African percentage. It’s Hispanic population is at 8.4% and there are more than 26,000 Muslims now in North Carolina. The number of Muslims in the US is currently 4.5 million and growing fast.

Like most of the United States, crime is a serious problem and a daily concern of most American citizens, hence the high gun ownership. Islamic terrorism relayed on nightly news only compounds that fear.

Obama:  “We will convey our deep appreciation for the Islamic faith, which has done so much over the centuries to shape the world — including in my own country.”

Before Obama, back in 2006 in Florida, African drug dealer and cop killer, Angilo Freeland, was shot 68 times and police only stopped shooting when they ran out of bullets.  Cornered in a forest, Freeland raised his right hand clutching a gun towards police. Nine of the ten officers fired, hitting him with 68 of 110 shots. Freeland was dead at the scene.  Afterwards, when called upon by the media to make a statement about the manhunt and its outcome, Polk County Sheriff Grady Judd explained: “You have to understand, he had already shot and killed a deputy, he had already shot and killed a K-9, and he shot and injured another deputy. Quite frankly, we weren’t taking any chances.” Sheriff Judd was variously reported as adding, “That’s all the bullets we had or we would have shot him more.”

At Hyatt Guns in Charlotte, it’s not unusual to sell 100 guns in a day. 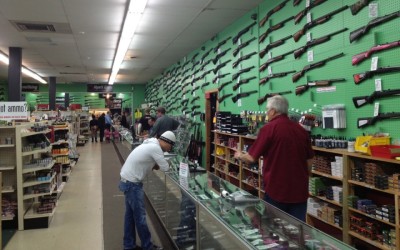 In October 2013, concealed weapons became legal inside bars and restaurants serving alcohol and on college and school campuses, provided they are locked in vehicles. The new law also allows concealed weapons in parks and on playgrounds and strips municipalities of power to regulate firearms.

“There’s tremendous demand,” driven by the fear of crime, Hyatt said. “The two fastest-growing parts of concealed carry are women and senior citizens because both groups are a little more vulnerable.”

Add the fear of Islam and jihadists, and Obama’s open border on immigration ignoring the rights of U.S. citizens, and many U.S. citizens have lost trust in their government to protect them.

What about the Paris terror attacks?   Obama: “It is entirely legitimate for the American people to be deeply concerned when you’ve got a bunch of violent, vicious zealots who behead people or randomly shoot a bunch of folks in a deli in Paris.” 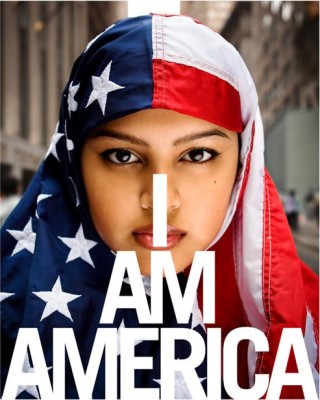