One’s got to question the prejudiced morality of the Church when it selectively ignores the local poor outside its doorstep and yet channels its congregational flock’s offerings to harbour distant illegals who only re-confirm themselves as criminals.

What reason could there possibly be not to deport them immediately?  Who wants illegals who cause criminal damage in a country to which they seek asylum and trusted hosting?

Politic bleeding hearts like the Uniting Church of Balmain (in inner Sydney) want these violent illegals to have more rights, free counselling, free legal representation, welfare benefits and freedom to live in the Australian community.  The redemption and rights pervertedly extend to illegal criminals, while casting our local innocent poor to pergatory.  Seems reminiscent of the Inquisition.  Long live the Church, not.

The well-heeled set from Sydney’s exclusive Balmain ignore the local homeless of inner Sydney on their own doorstep. They are the hypocritically selective flock of the Uniting Church of Balmain. 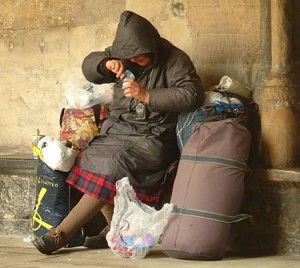 Yet the upper middle class self-funded retiree types with nothing to do like Frances Milne of Balmain for Refugees and Ian Rintoul from the Refugee Action Coalition lead a bleeding hearts campaign for the rights of illegals, including those charged with violent crimes.

What is it with the bourgeois Greens and these inner city set selectively championing foreign samaritanism to the detriment of our own underclass?  Charity begins at home, not with a leaky boat just beyond the high tide mark off Indonesia.

Prov.   ‘You should take care of family and people close to you before you worry about helping others. I don’t think our church should worry so much about a foreign relief fund when there are people in need right here in our city. Charity begins at home. If you really want to make the world a better place, start by being polite to your sister. Charity begins at home.’ 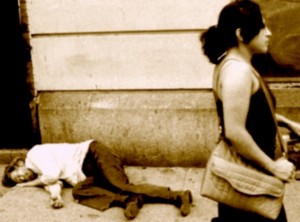 When we abandon our own, we become savages