Bob Briton, the General Secretary of the Communist Party of Australia, has opted to add his organisation to the Heinz 57 batch of Left movements which all put their ‘internationalism’ ahead of the Australian workers. That means in practice that on issues of immigration, contract labour, industrial or agricultural survival – the ‘foreign’ comes ahead of the local.

Speaking of the current immigration and Islam debates in Australia, Briton said:

“The latest wave of ignorance will subside but it will need conscious and practical effort on the part of progressive Australians.

A special role in this can be played, and in some instances has already been played, by the trade union movement. The temptation to adopt dubious slogans such as “Aussie jobs for Aussie workers” must be resisted and the resources of the organised labour movement must be directed against the attacks coming on the multicultural Australian working class.

Multiculturalism must be promoted in new and creative ways.”

Labor’s Bill Shorten with his imported votes, plus a couple of token Aussies 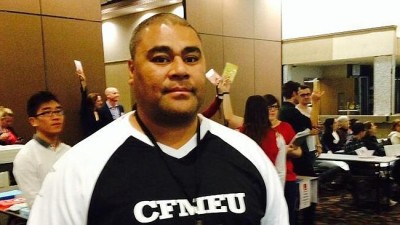 The most frequently­ sponsored occupation by unions is a Workplace Relations Adviser – foreign scabs employed by unions to advise Aussies about the Australia workplace.  Nice one.  The average salary is $72,497, the minimum salary is $52,080 and the highest salary is $118,502.

That income should be going to hard-working Australians, not to foreign scabs stealing our jobs and livelihoods.

Other popular roles plugged by foreigners are in ICT and workplace training.  This comes at a time when tens of thousands of Australians qualified and experience in ICT can’t get a job. In 2014 only half of the 16,000 trainee teachers who graduated across Australia had secured permanent employment four months after graduating. In New South Wales there are more than 44,000 trained teachers on a waiting list for a permanent job.  Since 2008 with the Free Trade dumping on decent Australian manufacturing more than 130,000 Australian manufacturing workers have lost their jobs.

Last month, giant aluminium company Alcoa decided to sell its cargo vessel in favour of a foreign-owned charter vessel, putting 19 crew members out of work, effectively to be replaced by foreign scab labour. 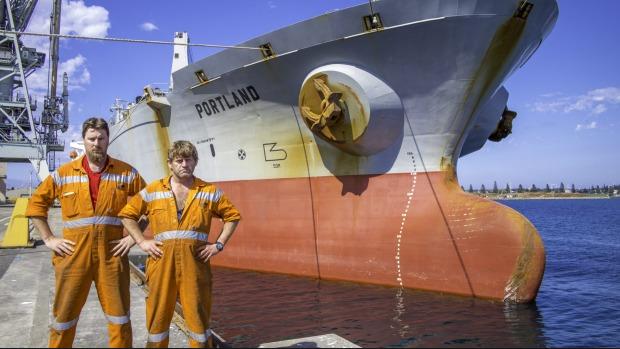 Aussies being dumped by companies in favour of cheap foreign scabs

There are so many unemployed Australian seafarers as it is. Two-bit Third Worlders are the common seafarer force.

Essentially, the Australian Left agrees with the ‘capitalist class’ (their phrase) – and whom they say they are struggling against – on issues that effect the Australian Nation. They would see immigration increase; they would permit alien labour because these workers are their ‘brothers’; they would allow the destruction of Australian jobs and industries to the supposed benefit of their working class ‘brothers’ in India or China or elsewhere.

All the time it is this capitalist class which benefits from the policies they all push.  In 2012, Leftist PM Julia Gllard granted mining magnate Gina Rinehart approval to employ 1700 foreign workers at her Roy Hill iron ore mine in Western Australia.

The Australian nationalists are one with the Australian working class. That is our heritage back through to the days over 120 years ago of the original and true labour movement.

The Australian Left, whether it is old time communist, Trotskyite or anarchist, is the sworn enemy of the Australian worker. 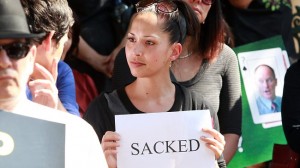