So what has been the benefit of multiculturalism to Australia?  Dim sims, stir fry and kebabs?

The social costs are not worth it.  The undermining of Australian Culture and encouraging foreign cultures to bring their baggage and set up in ethnic enclaves. Multicultural domestic violence is an epidemic.  In Sydney, Melbourne and Brisbane, Australia effectively now has social apartheid.

One can’t even get a decent coffee in Sydney or attend an ANZAC dawn service without the threat of some islamic extremist attack.

For the first time in Australian history, armed guards are protecting our elected members of Parliament and senators in both chambers of our national Parliament in Canberra. 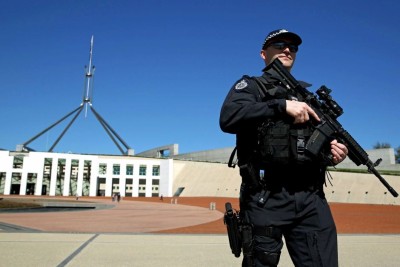 The escalation of parliamentary security is part of the second tranche of security changes put in place by the Speaker Bronwyn Bishop and Senate President Stephen Parry.  The changes come after Ms Bishop and Senator Parry introduced new security measures in September last year after the terrorism threat level was raised to ‘High’ on September 12 after a warning from ASIO chief David Irvine.

It is all thanks to growing islamism now in Australia brought on by open door immigration and naive encouragement of multiculturalism, interpreted by extremists that ‘anyone can come to Australian and do what they want’. 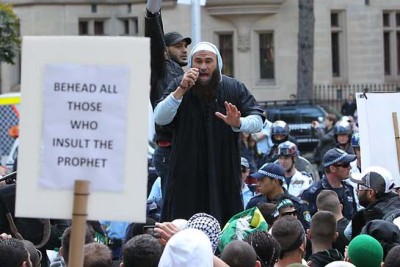 There has been “chatter” intercepted by security agencies from immigrants that suggests our Australian Parliament, a symbol of freedom and democracy, has become a hot target of islamic terrorists.

In September 2014, Mrs Bishop and Senate president Stephen Parry established a Parliament House security taskforce including representatives from the Department of the Prime Minister and Cabinet, the Attorney-General’s Department, the Australian Security Intelligence Organisation, Australian Federal Police and the Department of Parliamentary Services.

Last October, after a tragic attack on the Canadian Parliament and war memorial, Ms Bishop reassured MPs that a similar style attack would be very unlikely to succeed in Australia’s Parliament.

It is a sad indictment that Labor and Liberal joint immigration policies have allowed things to get this bad.

“The images showing members taking action and barricading themselves into the chamber in Canada are of concern. The range of armed response and security lockdown arrangements that we have in place means that this type of action will not be necessary here,” she said.

Nevertheless, since the start of February 2015, several guards with guns are now stationed on the ground level of the House of Representatives and the Senate in Canberra, in a glass-enclosed booth where the parliamentary audio-visual department located.  Highly trained guards will be present whenever a member of the executive is present and on any other occasion it is deemed necessary for the guards to be in place.  The executive includes Prime Minister Tony Abbott and his full ministry. Parliament is not allowed to sit without a member of the executive present.

New “perimeter security enhancements” have been announced, to cost around $2 million. The ministerial wing of Federal Parliament is to be fortified.  The Prime Minister’s office is to screened by a steel security fence and two bullet proof, concrete gatehouses. 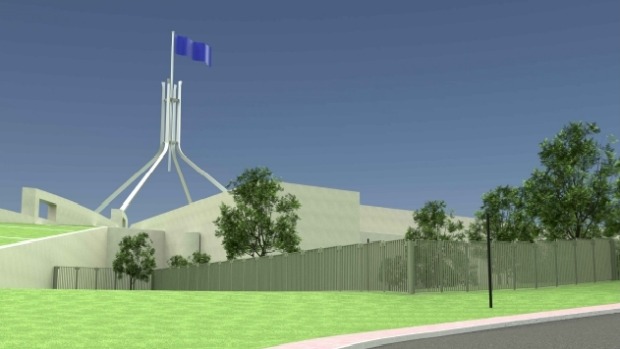 Police deployed outside Parliament are armed with “long-range weapons” and in recent weeks parliamentary staff have participated in “lock down” exercises focused on the threat that armed terrorists may gain access to the building.

The 2.6-metre high steel fence recommended by the security taskforce will screen the facade of the ministerial wing and is intended to serve “both as a visible deterrent and physical barrier”.

Two concrete gate houses with bullet proof doors and windows will be built on either side of  Parliament’s central north-south axis to provide external access to the ministerial wing including facilities for “advanced security screening, lock-down capability, and traffic flow management prior to entering the building.”

Mrs Bishop says the gatehouses and security fence are part of a “security in-depth” strategy.

Three closed circuit television cameras outside the ministerial wing will be relocated and an additional seven external cameras will oversee the area enclosed by the security fence and gate house facilities. 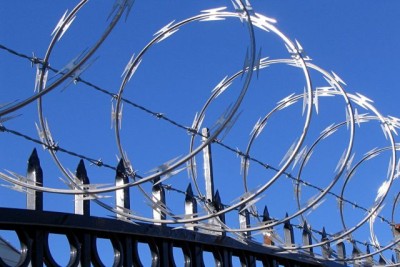 We let ’em in, now we are prisoners to ’em in our own bloody country!

The ministerial wing entrance will also be strengthened with the installation of new ballistic proof material.

An internal memo distributed around Parliament has read, “Other than Members and Senators, only Ministerial Staff or those with both photographic passes and conducting business in the Ministerial Wing may access the area,” the memo said.  Under the new arrangements, all visitors have to be escorted at all times and there will be no unaccompanied passes.

“All visitors must be escorted at all times. No pass holder can sign in more than 10 visitors at any time and they must accompany the people they have signed in,” the memo said.