Sydney Police have today released CCTV in their investigation into a spate of broad daylight armed and attempted armed robberies across ethnic Western Sydney in the last two months.

Between Sunday 24 August and Tuesday 21 October 2014, a spate of armed robberies was committed upon newsagencies, service stations, liquor stores and hotels across Western Sydney.  During some of the incidents, two men entered the premises armed with a pistol and demanded cash from employees before fleeing the scene.

Investigators have released CCTV images of two men who they believe may be able to assist with their inquiries.

Common denominator?    The two men are “Pacific Islander in Appearance”.

Send the bill to Immigration, including the gaol fees.

Officers from the Metropolitan Robbery Unit have established Strike Force Tuft to investigate the 15 armed robberies and believe they may be linked.

It should be Strike Force Coconut.

Detective Inspector Adam Barwick from the Metropolitan Robbery Unit said the majority of the robberies were committed in the morning.

“The men conducting the armed robberies are brazen in their attacks and have been conducting them in broad daylight. “During some of the robberies the men have been seen leaving the area in an early model white-coloured Kia Carnival van with dark tinted windows and roof racks.”

Two coconuts in a Kia Carnival.  Can’t be too hard to find. 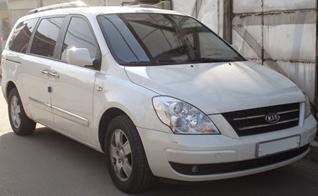 Details of the armed robberies include:

Police are urging anyone with information in relation to this incident to call Coconut Crime Stoppers on 1800 333 000.