A recent report has said that Sydney could be a “global city” by forced Council amalgamations equipped with an attitude that recognises population expansion as a key factor in growth (sic).

The inner city of Greater Sydney and its eastern suburbs will gain 300,000 residents by 2031.

There is no doubt this unsustainable surge in numbers would be the produced of immigration.

The Clover Moore led Sydney City Council has been in the lead of demographic change and on ANZAC Day sponsored a Property Expo targeting Chinese purchasers. 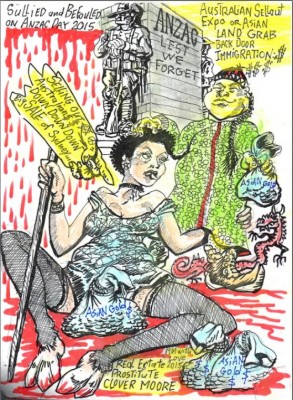 Clover Moore reveals herself as a typical traitor class collaborator with the new imperialism.