Scouts Australia has apologised to those who were sexually abused as children by members of its organisation.  The belated and empty apology is suppoosedly part of Scouts Australia’s commitment to acknowledge and address the harm some members suffered and comes in the wake of the child abuse royal commission.  It comes decades late and has been dragged kicking and screaming only by a Royal Commission. 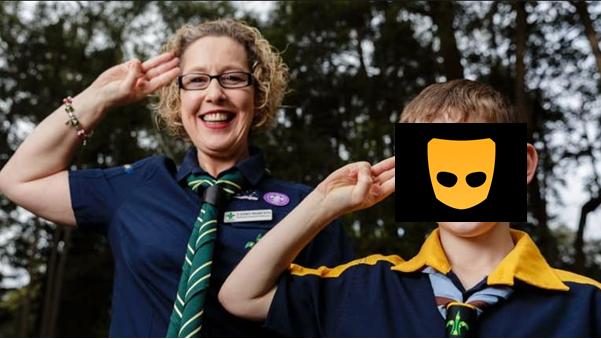 “They tell me my tent is a den”

The Royal Commission has heard that Boy Scouts has had a “long history” of child sex abuse allegations with 39 fresh allegations of child sexual abuse involving Scouts NSW, including historical and contemporary claims from 2013 to 2016.

Boy Scout leader Paul Hayes, also known by his scout name Grizzly, was accused of interfering with eight boys over a 20-month period in Canberra and Sydney.  Former boy scout master now Judge Garry Neilson attended boy scout jamborees in the 1980.  As a judge, Neilson is on limited duties and under investigation for suggesting that paedophilia and incest are now OK.

Steven ”Skip” Larkins, the former chief executive of the Hunter Aboriginal Children’s Services agency, was convicted this year of fraud, possessing child pornography and abusing two boy Scouts in the 1990s.  Scouts Australia knew for years that he was a pedo but turned a blind eye.

In the 1970s in Melbourne, pedo boy scout master Chris Edmonson (now 62) is infamous for grabbing a scouts groin after telling him he would get a Scout badge if he turned around and closed his eyes.  Edmonson, a convicted pedophile, pleaded guilty after two other people joined the case, claiming to have been molested.  He was already in jail for abusing children in Queensland and Victoria but had six months added to his term for indecently assaulting (raping) three boy Scouts. 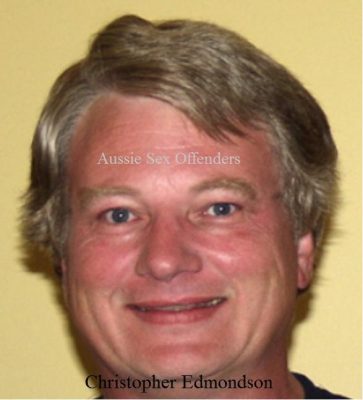 In South Australia, pedo boy scout master Anthony Allan Munro raped a boy scout 400 times on buggery jamborees on Kangaroo Island, and at Rapid Bay and Glenelg.   Munro went on to pedo tourism in Cambodia where he owned a bar in Siem Reap as a front and hooked up with various charities like Oxfam.

In Victoria, scout master Fontaine Featherstone da fiddler, raped boys as young as 11 in country Inglewood and Myrtleford during the 1960s.

Guy Fontaine Featherstone (now 78) abused multiple boys while working as a teacher and Scouts leader at Myrtleford Scouts and two while teaching at the Inglewood Higher Elementary School.  He pleaded guilty to offending against four boys, aged 11 to 13, in the 1960s.  The Bendigo Magistrates’ Court heard in December 2017 that da fiddler was assisting his first known victim, aged 11, to chop tree saplings on a Scouts camp when he started to sexually abuse him. Featherstone told the child: “You keep this quiet when you go back”.  Featherstone also abused the child while on a bus after a Scouts outing. Other children were close by. 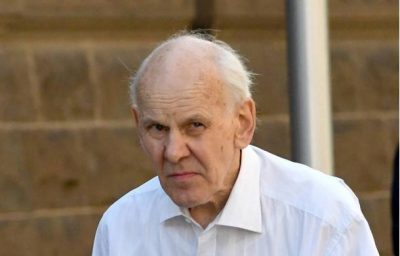 Featherstone was transferred to Inglewood Higher Elementary School the following year where he abused another child on three separate occasions in the Inglewood Town Hall.  Featherstone left Inglewood in the mid-1960s and took up a teaching position at Kew High School in Melbourne, where he remained for nine years, no doubt persuing his pedo habit in bliss.  He then became a librarian at various schools until his retirement in 2005.

Also in Victoria, Scout Leader Michael Schulz (53) has been sentenced to 10 years in jail for grooming, an indecent act and sexual penetration of a 14-year-old girl, as well as possessing child pornography in relation to a young female Scout.   Schulz groomed the girl with text and Facebook messages for months.  In sentencing, Judge Sue Pullen said that perpetrator Michael Schulz was “not remorseful”. 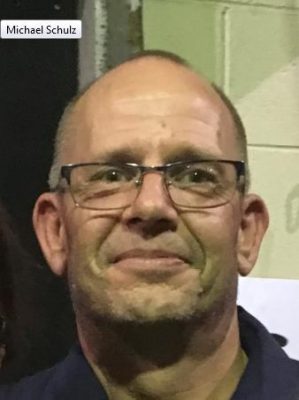 The Royal Commission also heard there was delays in responding to alleged victims sexual abuse complaints within Scouts Australia, which has a record of covering-up for paedophiles.

So Chief Commissioner for boy scouting, Phil Harrison said the “genuine and heartfelt” apology was being made on behalf of all state and territory scout branches.

“We apologise unreservedly to those who suffered abuse during their time in scouting.  We failed you and we apologise for the pain that this has caused.  We are willing to meet with anyone else who wishes to meet with us, even on Grindr.  We apologise for not listening when some of you shared your stories with adults in Scouting who you trusted. But just don’t expect any compensation.”

Yes of course we use Grindr app to recruit scouts.  Given that numbers are down since the Royal Commission exposed our institutional child abuse antics, we have had to be flexible.

In Sydney on Friday September 28 2018, according to police Moud Ul Hasan Nuri (40) an Iraqi refugeecome IT manager, used the deviant Grindr app to chat up a 13-year-old boy, get his home address, meet him out the front and then rape him on the front lawn.  The attack was only stopped when the boy’s mother rushed to her son’s aid, prompting the offender to run to his car and drive off. 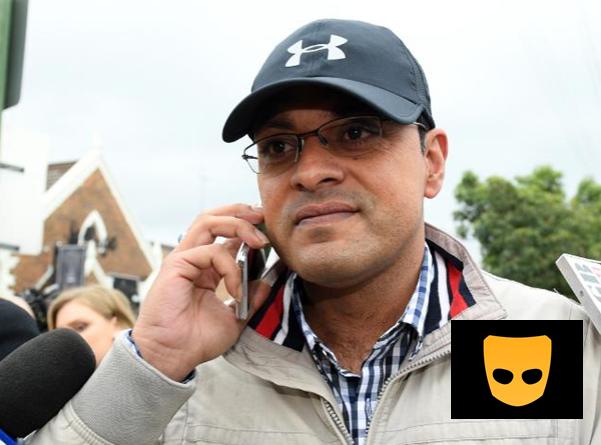 Grindr is the world’s largest social networking app for deviants – sodomites, lesbians, trannies, pedophiles and whatever depravity lurks in da shadows.   SCRUFF and GROWLr are also hot apps of da faggot set. SCRUFF was created by Johnny Skandros, a poof from Los Vegas whohooked up with Jewish Eric Silverberg in New York in 2010 to create their homo dating app to promote normalisation of HIV and AIDs.  It’s a hoot for LGBTTQQFAGPEDOBDSM+ types with 12 million members worldwide – scary. 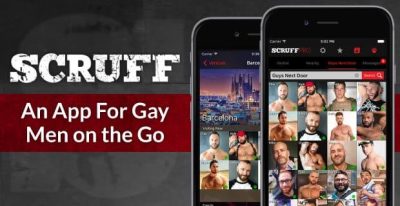 Then there’s da Growlr app specially for fat hairy poofs (‘bears’) that claims it comes with a ‘disease free option’. It was founded by sickos Coley Cummiskey and Frank Rollings of Hollywood infamy, who are both fat and hairy (grizzly). 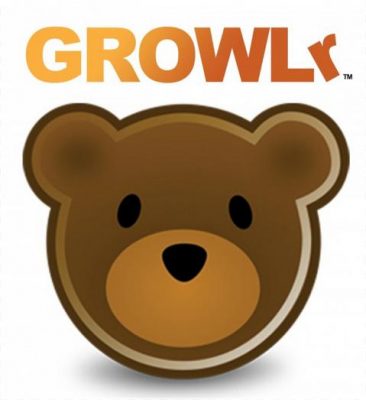 In Britain in June 2018, Sam Ashley (also known as Davis), 30, was jailed in Portsmouth for 23 years for drugging and raping men he met on Grindr.

In America in July 2018, hispanic sailor Ernie M. Chavez Jr. stationed on Whidbey Island north of Seattle was charged with raping a 14-year-old boy at the family home after meeting up using Grindr.

How’s this one?  A former Grindr insider claims he was drugged, bundled into a car and sodomized in a hotel by Grindr’s own HR supervisor Daniel Cabanero after Christmas party in 2016.

Crimes related to online hookups have increased almost fourfold over the last five years, a new survey out of Britain reveals. People using Grindr, Tinder, and other popular apps now are 382% more likely to be the victim of a crime than they were in 2011, when many sites were still in their infancy. 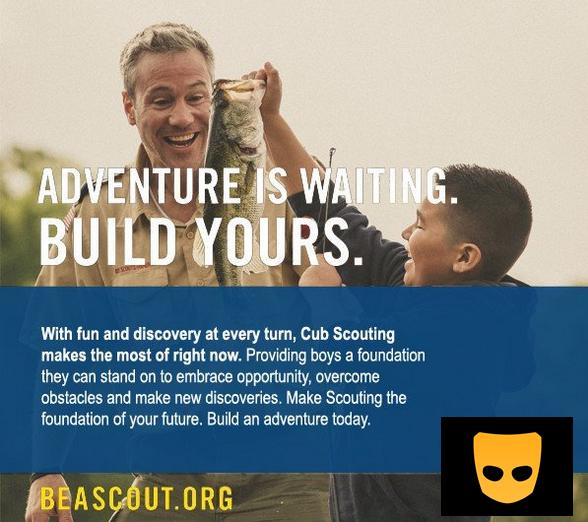 Grindr’s Jewish creator Joel Simkhai reckons his mask image in 2009 came about because he wanted it to be “powerful” and a “little rough” in his native Israel.  Simkhai tapped into the global sodomy trade and by 2016 Simkhai sold out his Grindr app to Chinese billionaire poof Zhou Yahui for US $245 million.