Homosexual parenting has its bizarre lifestyles and teachings.  But the risks and dangers to children are very real and quite chilling.  Yet it is the dog whistle banner of civil rights equality, not the homosexual realities that The Greens and their befriended extreme Leftists, would have ordinary mums and dads believe.

Same sex marriage, or its truism,”Homosexual Marriage”, is a dangerous moral wedge.   Such realities have been vividly exposed by the ABC Four Corners investigative news report this week, ‘The Boy with the Henna Tattoo’.

Australian citizen Peter Truong and his American partner Mark Newton came across as model parents with a beautiful son.  They claimed he was their surrogate child.  They and their global paedophile ring were all sicko ‘Boy Lovers’.

Peter and Mark bought their ‘son’ for US$8,000, and then sexually trained and groomed their son to be exploited by a network of paedophiles.

They have been caught out in the United States, yet both do not think they are predators and miss their son.   In Australia, under same sex marriage immorality, both may have won their case.  At worse if convicted in Australia as paedophiles they would have copped a slap on the wrist sentence of perhaps a few years.

But rightly the United States justice system has morally and maturely recognised both Peter Truong and his lover Mark Newton as child sex offenders and has jailed them respectively for 30 and 40 years.

The news report by ABC’s presenter Kerry O’Brien rightly describes the story as “shocking and extremely difficult to comprehend”.  O’Brien outlines that the story is ultimately “about the remarkable efforts by investigators around the world to crack a highly secret code and strike a serious blow against the exploitation of the very young, the very vulnerable.”

The ‘code’ is one that activists for Same Sex Marriage don’t include in their propaganda.
From the time the adopted boy was a toddler, he was being used for sex.  Trained by his parents to believe it was normal, they began filming when he was 20-months-old.

Peter Truong and Mark Newton took their young son around the world to meet like-minded men at airports, in hotel rooms; handing him over to members of a highly secretive international paedophile ring. 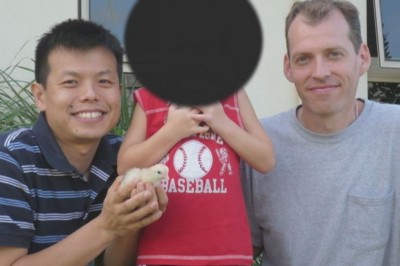 Prominent homosexual advocate, Michael Kirby, inspires homosexuals at public forums to aspire beyond civil union and to go the whole hog of demanding equal rights in marriage. Kirby sees homosexuals as the torn and oppressed until this becomes law.

The Greens embrace foreign barbaric cultures.  They want to legalise same-sex marriage in Australia and to recognise same-sex marriages from overseas.  The Greens have always stood up for full equality for LGBTI Australians (Lesbian, Gay, Bisexual, and Transgender, whatever), and always will – according to The Greens now rainbow website.   It was Green’s leader Christine Milne’s Bill that decriminalised homosexuality in Tasmania in 1997, after more than a decade of campaigning and negotiating.

And look where that has got Tasmanians – basket weavers, basket casers, a lost generation.

The Greens same sex marriage arguments are that ONLY same-sex marriage will afford homosexuals in love the same compassion, legal status and social acceptance as enjoyed by heterosexuals.  The Greens say core traditional family values can easily co-exist with lesbian covens with adopted boys – living next door, going to the same pre-school, same primary school, through high school, and through adolescence.

The line between these and paedophiles is undefined.  But the same sexers protest good parenting is blind to sexuality.

We could have been married all four of us: 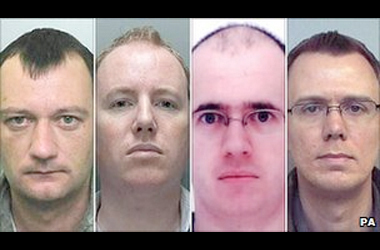 It is not the man and woman traditional marriage that is the criticised “dangerous stereotype”, what is dangerous is what is undefined for the child.

Kerry O’Brien ends his report with a footnote that it’s worth remembering that most child sex offenders relate to crimes against young girls.” 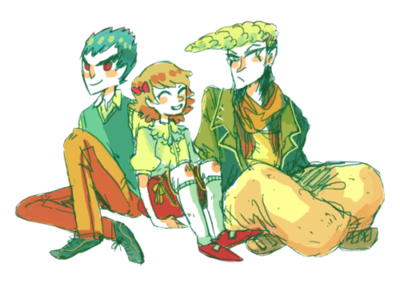