Tool of Third World illegals and pedophiles, Ian Rintoul, has been waiting for the Chrissy holidays in Australia.  Government Border Protection is on leave, despite the vigilance spin by Turnbull’s lapdog spy, Duncan Lewis.

People smugglers are on speed dial between illegals in Indonesia and The Tool’s ‘Refugee Action Coalition‘ front.

They are exploiting the Christmas break to get pre-paid economic illegals allocated to decommissioned timber fishing boats to hot it to Ashmore Reef.  This time of year, Christmas Island is too obvious.

Ian Rintoul has told them that Australia’s Immigration Minister Peter Dutton and his border protection department are all “on holidays’’, so go for it! 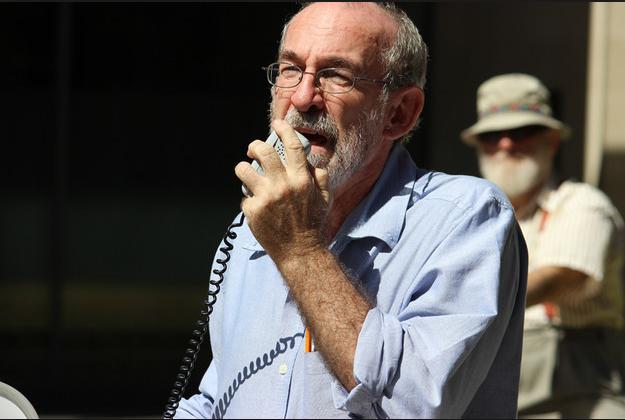 Chatter:  “Just transfer the funds in to our trust account, then phone back once you see the blue and red patrol boat”

Whereas the Labor-Greens Coalition Government over seven years under Rudd-Gillard-Rudd unilaterally embraced over 50,000 illegals by boat, the Libs media policy of Operation Sovereign Borders have turned back 685 asylum seekers on 23 boats. 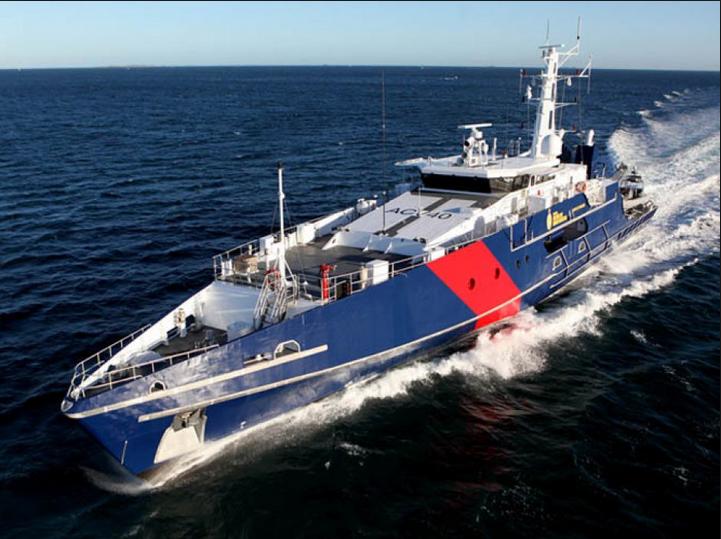 In the dying year of the Gillard-Rudd government, some 400 vessels carrying more than 26,500 asylum seekers arrived illegally in Australia.

Since then Liberal PM Abbott and now Liberal PM Turnbull have allowed the planes to fly in with illegals, or wannabe illegals who overstay their dodgy visa.  But then Abbott unilaterally invited in 12,000 Syrian Muslims after he succumbed to co-ordinated Lefty propaganda – the dead toddler on the beach con.

Recently, Operation Sovereign Borders commander Major General Andrew Bottrell has revealed that agents inside Australia have turned to extreme tactics with offshore people smugglers to get asylum seekers on boats.

“We know there is chatter out there that they are targeting Christmas,’’ Maj-Gen Bottrell said.  “They are looking at the quite Christmas period as a means to push boats to Australia. Well, we are absolutely ready, 24 hours a day, 365 days a year. If anything, we are reinforced further over this period.”

He said “savvy’’ asylum seekers are largely ignoring the push for Christmas departures because onshore refugee advocates are spruiking the holiday window of opportunity.  That Abbott has been replaced by a Leftist softer Turnbull, is serving to resurrect the people smuggler profit model.

And they’re being aided and abetted by the likes of Rintoul.  Eight Cape Class patrol boats cost $2.6 billion, and Australian Customs and Border Protection Service costs another $1.4 billion to operate.

How many countries have these so-called ‘refugee’s passed through to get to a boat launch to Australia?  They are not fleeing persecution.  They are seeking economic welfare and the good life in Australia. The scum are an economic drain on our society.  Rintoul should be arrested and the likes of his Refugee Action Coalition, Refugee Rights Network, Refugee Council of Australia, etc. all declared for what they are – organised crime rackets. 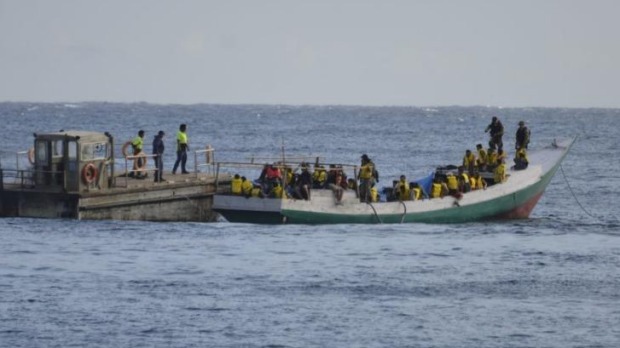 ‘Quite Time’ and ready to go…Australia that way!

Rintoul doesn’t care if illegals are murderers, rapists, or jihadis.  His cult conviction is to overrun Australia with masses of the Third World.

When Afghan illegal, Ali Jaffari, had his visa cancelled because of child pornography convictions, Rintoul continued to support the pedophile. 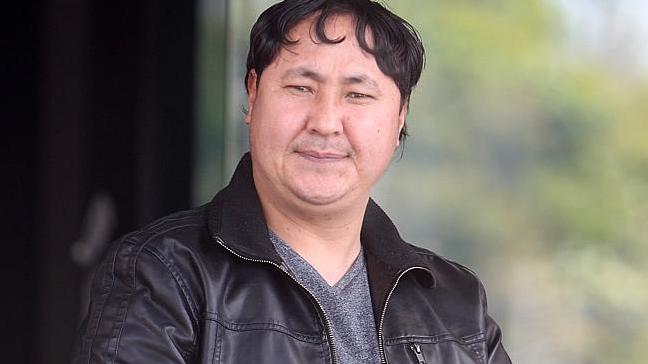 Ali Jaffari, one of the Refugee Action Coalition’s ‘clients’

Ali Jaffari (37) an Afghan, paid people smugglers to illegally travel to Australia in 2010.  Jaffari indecently assaulting two boys aged 12-13 yrs old at an Eastern Beach Pool in Geelong (Victoria) in 2012 and was convicted and sentenced for paedophilia – 6 counts of indecent acts with a child under 16 and one count of attempt to commit an indecent act.

With legal assistance from leftists associated with Ian Rintoul’s Refugee Action Coalition, Jaffari only got a slap on the wrist.

Then in 2014, Victorian Police again arrested him for loitering near children, but was released after political pressure came to bear from Leftist lawyers.  Lefties sent tens of thousands to get him a top lawyer, and so had all charges against him dropped after a Magistrate told prosecutors he would have trouble finding Jaffari guilty.

But Jaffari couldn’t help himself. He was a serial child sex predator.   The filth was again caught trying to kidnap a four-year-old girl. Jaffari was arrested by police when they swooped on his home in Melbourne’s St Kilda West )(near the beach).  He had been observed targeting footy training, a school, parks, playground and the Melbourne Sports and Aquatic Centre.

Finally, the pedo was removed from Victoria and thrown into detention into the Yongah Hill Immigration Detention Centre north of Perth in Western Australia.

In September this year he rightly topped himself, ending a five year episode of cost and grief fueled by Ian Rintoul’s wicked anti-Australian cult.

Of the illegals in Australia, Pacific Islanders commit a higher incidence of crime than most other groups in the community, but they pale into complete insignificance when compared to the rampant criminality of Muslims.

Of course many of these cases before the court are in regard to traffic offences and some of the accused may only be there to fight or appeal unjust bookings, but there is no doubt that many of the Muslims on that list are accused of committing very serious crime. In just one day in Burwood Local Court in Sydney, it was observed that virtually all of the people accused of firearms offences, serious assaults occasioning grievous bodily harm, narcotics dealing and other serious crimes were Muslims and this is seen literally every day in that court.

Most are of refugee families.

Back in 2000, offspring gangs of Lebanese muzzies carried out violent, racist pack-rapes on young Australian girls around Sydney-out of a pathological hatred towards Australian culture and Australian females.

Over 50 young girls were pack-raped during this rampage. Bilal Skaf, the leader of one gang, organised the pack rape of a sixteen-year-old girl near a soccer field in the Sydney suburb of Gosling on the night of 12 August 2000.

Nine of the muzzies were brought to trial. Bilal Skaf was sentenced to 55 years jail.

Justice Michael Finnane who presided over the trial of the Skaf brothers described the assaults as “one of the greatest outrages in criminal terms that have been perpetrated on the community in Sydney … militarily organised gang rape involving 14 young men. What this trial showed was that he was the leader of the pack, a liar, a bully, a coward, callous and mean,” Finnane said of Bilal Skaf, “He is in truth a menace to any civilised society.”

Apart from the Skaf brothers, those sentenced on October 11, 2002 following the original trial were:

Since his incarceration, Skaf has been targeted for retributive justice in both Long Bay and Goulburn gaols.  A guard’s fist made acquaintance with Skaf’s attitude in Long Bay.

Later transferred to Goulburn, two inmates on April 2, 2015 punched Skaf to the ground in the prison yard and while he was unconscious and motionless they kicked Skaf in the face a number of times, snapping his head back, then dragged Skaf over to a nearby covered area, jumping up and down on his head and face “several times with his full weight”.

Both men dragged the unconscious Skaf over to the yard gate, demanding Corrective Services officers “get him out of here!”

In February 2009, another refugee Leb muzzie Hassan Nagi admitted to raping three female passengers in his taxi in Sydney in separate incidents over four years. He preyed on intoxicated women who climbed into his cab outside nightspots and a football ground.

Nagi pleaded guilty in the NSW District Court to six counts of sexual intercourse without consent, with two charges for each victim. The married father of three, who cried when admitting to the rapes, faces a lengthy jail term. In court, two of his victims looked on, one wiping away tears, as he pleaded guilty to six charges of sexual intercourse without consent.

The court heard that in June 2007, Nagi picked up a 27-year-old woman outside a football match in Kogarah, driving her to an industrial area. He unzipped his pants and forced her into sex, pushing her face-first on to the ground. She managed to escape from the taxi when it stopped at traffic lights.

Police took DNA samples from Nagi after his arrest, linking him to two “strikingly similar” cases involving victims aged 23 and 31. In December 2006, Nagi raped the younger woman after picking her up outside a Kings Cross nightclub. He laughed at her during the assault and afterwards offered her $20, increasing it to $50 when she refused to accept it. The other victim, raped in the back of his cab in July 2003, was also picked up outside a Kings Cross nightclub. Drunk and vulnerable, she could not fight him off as he told her: “You know you want this.”

On 23 June 2010, Nagi was sentenced to nearly 10 years jail. The judge found that Nagi had shown no remorse, had been predatory and had demonstrated disrespect for the female gender and a willingness to pursue his own sexual gratification, regardless of the females and their interests.

The worst thing about Nagi’s criminality is that he is HIV-positive and he knew about his condition for years. However, he still proceeded to rape his victims, obviously not caring if he infected them with this incurable and usually terminal disease. Could there be a bigger and more unfeeling bastard than Nagi, who knowingly issued death sentences to some of his victims in his criminal course of obtaining sexual satisfaction by force? It’s just sad that Nagi was not sentenced to at least 20 years, which still would have been too lenient.

All that any normal person could say about any of these Muslim rapists is that they are worse than animals and also cowards. They would not dare rape Muslim women because they would not only face retribution from the courts, but they would most likely face a death sentence from the families of any Muslim women that they violated. However, bastards like Nagi, the Skaf gang, the MAK and MKK gang and many other Muslims living in Australia consider that non-Muslim Australian women are fair game and that they have some Allah-given right to rape and assault them.

Australian border protection intelligence confirms that people smugglers are expected to exploit any circumstances, including the appointment of Malcolm Turnbull as Prime Minister and the change of Immigration Minister from Scott Morrison to Peter Dutton, because it is now so difficult to convince asylum seekers to board boats.

Major General Andrew Bottrell says people smugglers to turning to extreme tactics to get asylum seekers on boats.
“Any milestone, any story they can stretch to try to convince people that our policies have changed or our policies have softened in order to get them on a boat,’’ Maj-Gen Bottrell said.  “The people smugglers are insidious criminal organisations who will stop at nothing.”

Hundreds of foreign bikies, drug traffickers and sex offenders have had their visas cancelled and since deported from Australia.

Who needs the scum?