“A website promoted by the Safe Schools Coalition is teaching students how to bind their breasts and “tuck in” male genitalia.

The Minus 18 website, which is partially funded by the state government, gives step-by-step instructions on how to deal with “chest dysphoria” and includes seven different binding methods.

Mother of four Cella White withdrew her children from Frankston High over concerns about the Safe Schools Coalition program about transgender awareness.

“You are either born a boy or girl, I believe in mother nature, I want my kids to value their body, the breast binding is a real issue, we should be teaching kids to love themselves,” she said.

However Micha Scott, CEO of Minus 18 defended the site as a crucial resource for youngsters who identify as LGBTI.

Mr Scott said that the practise of binding and tucking was already prevalent and Minus 18 was merely giving students advice on the best available methods.

“Young transgender men or boys who are assigned female at birth experience gender dysphoria due to their body,” he said.

“At Minus 18 we create articles and resources in response to the issues LGBTI youth have around Australia.

“A lot of young people had questions about binding, when done improperly it can be potentially harmful so in response to behaviour that was already taking place we felt it was necessary to provide information to those people on safer methods to bind and tuck.”

“The Safe Schools program and the related Minus 18 website contain reckless advice and excessive sexualisation,” he said.

“Most parents would be very concerned to know that their children are being exposed to such content at school.”

Ms White said her 14-year-old son was told he could wear a dress to school and that male-born students who identified as female could use the girls’ change rooms and toilets. 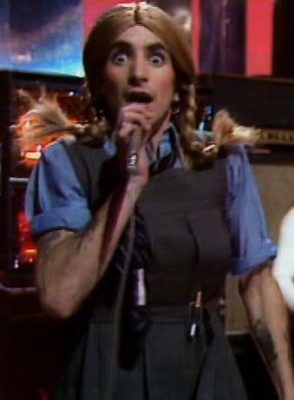 The government-funded program by the Safe Schools Coalition is designed to promote inclusiveness for ‘same sex attracted, intersex and gender diverse’ students, but critics say it is indoctrinating children in sexual identity politics under the pretence of a bulling program.

“It was announced in science class that boys could wear school dresses next year,” Ms White said.

“They’re telling my children to call transgender children by their requested pronoun.

“What is the benefit to my son? He’s got a learning disability, he’s struggling with his times tables, he doesn’t need to deal with this.”

The mother of four was particularly concerned about any changes in bathroom policy that could see her daughter sharing a bathroom with a gender diverse student.

“It could be a year 12 student of the opposite-born sex in the bathroom with my year 7 daughter who is blind,” Ms White said.

“This isn’t about safe schools, it’s transgenderism and gay activism bought into the classroom.

“I know other parents who are not happy.”

Dan Flynn, Victorian director of Australian Christian Lobby, believes the program undermines the authority of parents to educate their own children about “sensitive and contested sexual matters.”

“Most parents would be very concerned to know that their children are being exposed to such content at school,” he said.

“The program should be removed from schools, and the government should replace it with anti-bullying resources not based on radical gender theory.”

The Australian Christian Lobby says other parents around the country had begun removing their children from school over the program.

Ms White, who has complained to the education department and Safe Schools Coalition, said she is not religious but is coming forward to make other parents aware of “what their children are being taught.”

“It’s being presented as an anti-bullying program but the education department said it’s a sexual diversity program,” she said.

“Apart from this I love the school, I’m in mourning, I went there, my siblings went there, I told everyone how good they were.”

However, the principal of Frankston High, which regularly outperforms many neighbouring private schools, denies that students are being brainwashed with transgender politics.

“By joining the Safe Schools Coalition we show that we openly celebrate differences and support students who identify with the LGBTI community,” said principal John Albiston.

“The Andrews government has mandated all government schools have to join Safe Schools Coalition by 2018.”

A spokesman for Minister for Education James Merlino told the Herald Sun that they are proud of the work the Safe Schools Coalition is doing:

“Discrimination, harassment and bullying have no place in Victorian schools, and it is up to all of us to establish safe and inclusive learning environments for every one of our students.

“Labor made an election commitment to bring this important program to every Victorian government school and we are happy to honour that promise.” 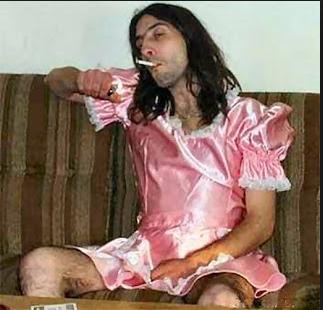 “Vulnerable teenagers as young as 14, including some who had ­suicidal thoughts, were secretly interviewed without parental knowledge about their gender and sexuality by a university ­research team with links to the Safe Schools program.

The Australian Research Centre in Sex, Health and ­Society, run out of La Trobe Univer­sity, went to significant lengths to ensure its interviews with underage participants took place without parental consent when researching its report, From Blues to Rainbows.

The move has been savaged by education expert Kevin Donnelly and sparked questions from leading bioethicists about ­recruiting young people for ­research via social media.

Several gay, lesbian and transgender organisations promoted the project by sharing links to surveys on their Facebook and Tumblr pages. It was also promoted via other media, including gay magazines LOTL and the Star Observer, as well as ABC’s ­Triple J radio station.

Interviews via an online ­instant messenger platform were often held during the evening so some participants would not be interrupted by parents who did not know about their child’s “gender identity”.

“It was imperative that people under the age of 18 were able to participate in this research,” the report concedes.

The report, released in 2014, presents a picture of a highly vulnerable cohort, with half the 189 participants aged 14 to 25 identifying as transgender and 11 per cent as “gender questioning”.

Almost two-thirds had reported being subject to abuse or harassment due to their gender non-conformity, more than half had been diagnosed with depression and 38 per cent had experienced thoughts about suicide.

While the project was ­approved by La Trobe University’s ethics committee, the methodology appears to go against the National Health and Medical ­Research Council’s guidelines pertaining to the ethical conduct of research involving minors, which recommends that parental consent be obtained when dealing with “children and young people”.

Dr Donnelly, who opposes the Safe Schools program, raised concerns about minors being ­interviewed about contentious ­issues without parental involvement. He said the research participants were clearly vulnerable. A worst-case scenario would be that a participant could emerge as a risk of self-harm, yet their parents or guardians would remain oblivious.

“I would have thought it was unethical; as we know the guidelines are pretty strict for academic research,” he said.

“Parents still have primary responsibility for raising their children; as a parent I’d be quite shocked (if my child was interviewed without my knowledge).’’

The report, which was released with much fanfare, appears designed to push a case for further rollout of the Safe Schools program — an anti-bullying program that has been criticised by conservative groups for politicising sex education and advocating a LGBTI lifestyle.

Its approach to sex education, in which teachers are counselled that it’s “heterosexist” to refer to students as “girls and boys” and children are instructed to role-play gay teenagers, has outraged religious groups and conservative politicians.

The Safe Schools Coalition was co-developed by Gay and Lesbian Health Victoria, which is situated within the research centre but funded by the state government. It is run in Victoria by Roz Ward, a La Trobe University academic and hard-left advocate for LGBTI issues. Ward is one of six authors behind the From Blues to Rainbows report, which noted that participants who did not feel supported by their teachers were more than four times more likely to leave school if they experienced discrimination than those with teacher support.

The ABC would not comment on its involvement in seeking survey respondents.

Bioethicist Marie Bismark, who leads the law and public health group at the University of Melbourne School of Population and Global Health, said that although it was crucial that researchers be able to conduct research involving young people, social media and technology had raised new ethical considerations.

Dr Bismark said some of her colleagues were concerned that medical research council guidelines had not kept pace with these technological changes. “The greatest concern as a researcher is always that a young person may, in some way, be harmed,” she said. “I think the ethics review process is a critically important check.”

La Trobe University vice-chancellor John Dewar said the research centre had his full support. “It is a centre of excellence in research and has forged an international reputation for the quality and impact of its work over the last 23 years.” he said through a spokesman. “The project was subject to rigorous scrutiny by the university’s ethics committee prior to being approved and was undertaken to the highest academic standards. As an additional layer of oversight, the project was also reviewed and monitored by a community advisory group, which included young people and support services.”

The University of New England, which also took part in the research, distanced itself from the project yesterday. A spokesman said the report was a product of the research project led by La Trobe University.

“La Trobe was the recipient of (Labor Senator Penny Wong’s $8 million) taxpayer funded research grant and it contracted a UNE researcher to work for La Trobe on the project,” the spokesman said.