One wishes ethnics were endangered. 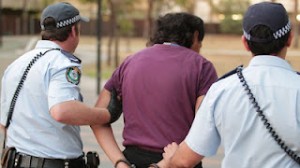 Seems boat loads of asylum seekers are joining the ever-expanding graveyard in the ocean off Christmas Island.

The Australian Navy, obedient to their crying politicians, give the illegals all the Club Med lurks and perks, yet fail to properly remove the boats’ rubbish and engines.

Smells of Gillard – look after foreigners but ignore the locals – Green Turtles caught up in asylum filth.

Bring back ‘Spot the Aussie’ – it was compulsory humour on the school sports bus back through Richmond.  Or is such harking to a simpler time unrealisticaly indulgent under a Foreign Labor regime?

..’Twas of such stuff the men were made who saw our nation born,
And such as Lalor were the men who led the vanguard on;
And like such men may we be found, with leaders such as they,
In the roll-up of Australians on our darkest, grandest day!
They toiled and they fought through the shame of it –
Through wilderness, flood, and drought;
They worked, in the struggles of early days,
Their sons’ salvation out.
The white girl-wife in the hut alone,
The men on the boundless run,
The miseries suffered, unvoiced, unknown –
And that’s how the land was won.’
The parasites dine at your tables spread
(As my enemies did at mine),
And they croak and gurgle, “Australia’s dead”
While they guzzle Australian wine.
But we heed them never, my land, my land,
For we know how small they are,
And we see the signs of a future grand,
As we gaze on a rising star.’

by Henry Lawson – selected extracts from ‘Eureka‘, ‘How the land was Won‘, ‘My Land and I‘.

In July 2012, Prime Minister Gillard gifted $50,000 to upgrade a mosque on Christmas Island for economic refugees.   Australia’s taxpayers money ought to have instead gone to Australia’s own internal refugees – our homeless.

To all those self-righteous 1st, 2nd, 3rd, 4th, 5th, 6th, 7th, 8th generation Australians, did any of their ancestors ask the first Australians for permission to colonise and imperialise?

Many of their descendants justify that their poor colonial ancestors had no choice, were poor, were convicts, were transported here. Well one’s own familiy ‘arrived’ here in the 1830s, and one is 7th generation. Does that mean I have claim to bump off all 6th generations and subsequent arrivals? No but possession is a right and for the reconciliation process needs to start with those here first. But as more ‘arrive’ and displace the incumbents, such a task becomes more complex and less feasible.

To the first Australians were not all since 1788 clearly invading usurpers? Not even a Maori Treaty like in New Zealand; but just possies of slaughter, genocide and disease, followed up with displacement, mission stations and alcoholism.

Australians can’t change history, but we should learn from it or are destined to repeat it.

The current immigration rampage, illegal boats or otherwise by plane, is a discretionary choice of current Foreign Labor Government, like Gillard’s discretionary $1 billion to Afghanistan last week and just like Gillard’s $50,000 to upgrade a muslim mosque on Christmas Island to accommodate the needs of the arriving ‘clients’.

Foreign-born Gillard bends over backwards to care for foreign refugees, while ignoring Australia’s internal refugees – our growing underclass.  Is this the consequence of permitting a non Australian born, non-committed Australian rule, overrule and abuse our Australian nation?

Given Gillard’s prejudice toward foreign refugees while ignoring the plight of Australia’s internal refugees, does this not cry of ‘racism’?   ‘Racism’ is the convenient slur used by minority foreigners to put down local dissent. But the racist slur is pompously brandished by foreigners who seek to not just arrive and respectfully assimilate, but those who seek to ursurp – bringing and imposing their cultural baggage upon the incumbent population.

Australia’s population growth is dominated by the immigrants arriving and intra-breeding. Once their numbers gain critical mass, Traditional Australians, just like the displaced Aborigines, will steadily become the marginalised minority beholden to the new majority.

Illegals are offensive and the Gillard Labor Government’s welcoming accommodation of them to be a breach of social contract and social betrayal. Worse are the 99% arriving by plane and ursurping their place taking over local housing, jobs, childcare and school places.

Immigration is why Australian capital cities are under extreme congestion stress.

It is all demand pull. It matters not from whence they come; it matters of their cohesive value to the host society, their adverse impact on public infrastructure carrying capacity.