The tattooed anarchist by night attacked Abbott after asking to shake his hand in downtown Hobart.  Astroturf was adorning a deviant ‘YES’ badge and lamb chops sidies at the time. 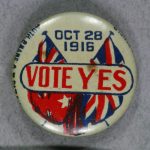 Astro Labe is apparently his re-birthed name since doing time in Risdon. It’s so inmates won’t track him down on their release. He also goes by the meme of ‘DJ Funknukl‘ and ‘Ginger Chops‘.  By close associates he’s known as ‘Animal’, and it’s for a reason.

It turns out that our Astro character is considered to be a direct descendant of Alexander Pearce of 19th Century Taswegian convict cannibal infamy. In 2008, a film was made about the historic account, simply entitled Van Diemans Land.

The genes have rare traces to neanderthal crossover with Irish celts.  Astroturf’s great great grandfather Alexander was ultimately hung for the horrific crimes he committed in Van Diemans Land wilderness back in the 1820s. 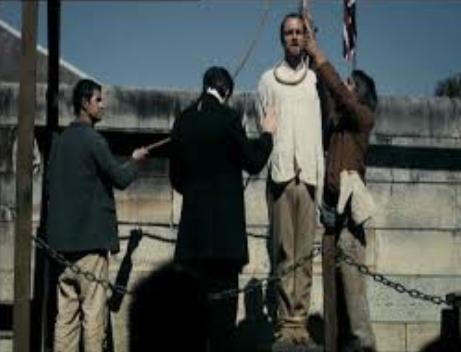 After his headbanging episode, Astroturf admits to the media “it was his lifelong ambition” before confessing Asperger symptoms revealing his Risperdal medication dependency.

By day, Astroturf says he holds down a coffee making gig at The Republic Bar and Cafe at 299 Elizabeth Street in North Hobart. 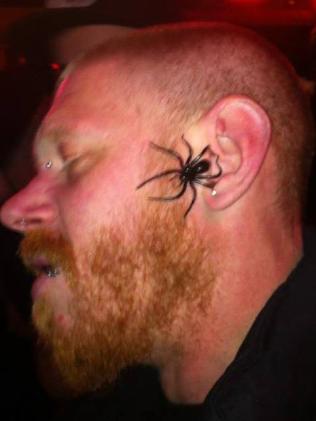 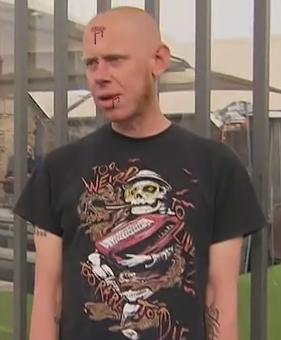 Labe loser has since been charged with one count of common assault, so his Risdon and anarchist record is set to be topped by more criminality.

And forget remorse crap appeal to the Hobart Magistrates Court.  Astroturf stated:  “I headbutted him quite piss-poorly because I was quite pissed,” Mr Labe said. He said he had no remorse but acknowledged his actions had harmed the “yes” campaign”. 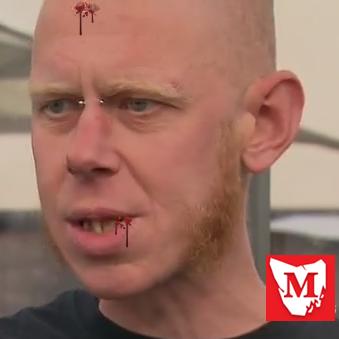 Monday April 9, 2018:  Astro Labe was fined $2000 and sentenced to just two months jail – at least he will have a proper criminal record. 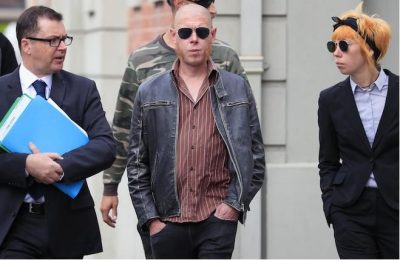